I recently ran a workshop for a one-off event called Bridging the Communication Gap: Interdisciplinary Conversations. This brought together 20 researchers of all levels from engineering, physics and biosciences to explore communication across their disciplines. The aim of the workshop was to get people thinking about how to communicate with others outside of their discipline to facilitate fruitful collaborations. Prior to the workshop, attendees were asked to write a 350 word abstract of their current work/project.

To kick off the event I hosted a two hour workshop using the Lego Serious Play sets. I have to note, this was my very first teaching with Lego experience. I have been on the receiving end of these sessions and have been itching for my chance to use my new Lego! I decided to stick to a formula I liked from a previous session using Driscoll’s Model of Reflection which asks three basic questions, what, so what, and now what. I tasked the group to find a partner(s) that was as far from their own discipline as they could (i.e. engineers and physicists with bio-scientists and life scientists). Breaking the group into pairs, I opened with a 5 minute exercise where participants had to model the word “model”.

This was an interesting exercise as it brought about the subtle differences in language within disciplines. Some participants built a computer to demonstrate computer modelling, some used the blocks to demonstrate a model of a process (DNA transcription for example), whilst others built actual physical models, such as a plant cell. We then discussed how this reflects the need for clear communication across disciplines, as we may take for granted simple words, such as model, being universal. 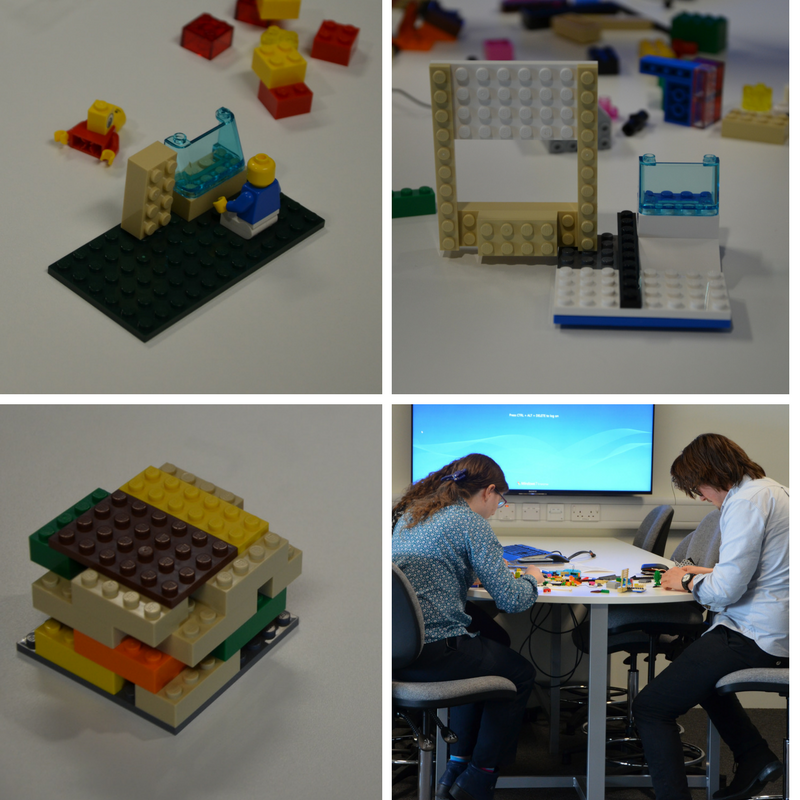 I then prompted the group with Driscoll’s “what”. With their abstracts in hand, they were tasked with building a representation of what their abstract was about and then share amongst their table. Conversations seemed to naturally flow to the “so what” prompt, so I interrupted to facilitate the build. Some areas of reflection for the build were to think about why their work was important, challenges or obstacles and who would benefit from the work on a broad scale.

Bridging the gap: At this point, participants had about 30 minutes of build/conversation time. Before the next build I asked the group to highlight any words or phrases that came up in their discussion that they didn’t understand or found difficult to explain. The “now what” of the build had the groups working together on each other’s model to make the explanation more clear to the other(s). An added challenge was to try and identify any links between each other’s work and add that to their model(s).

With the building over, everyone came to the centre of the room prepared to talk about their models to the bigger group. I, however, had other plans (mhuahaha!). I told them, that instead of presenting their model, they would present their partner’s model. With a bit of apprehension, the participants, with many apologies along the way, explained each other’s build. We even had a few groups explain the connections between each of their work. 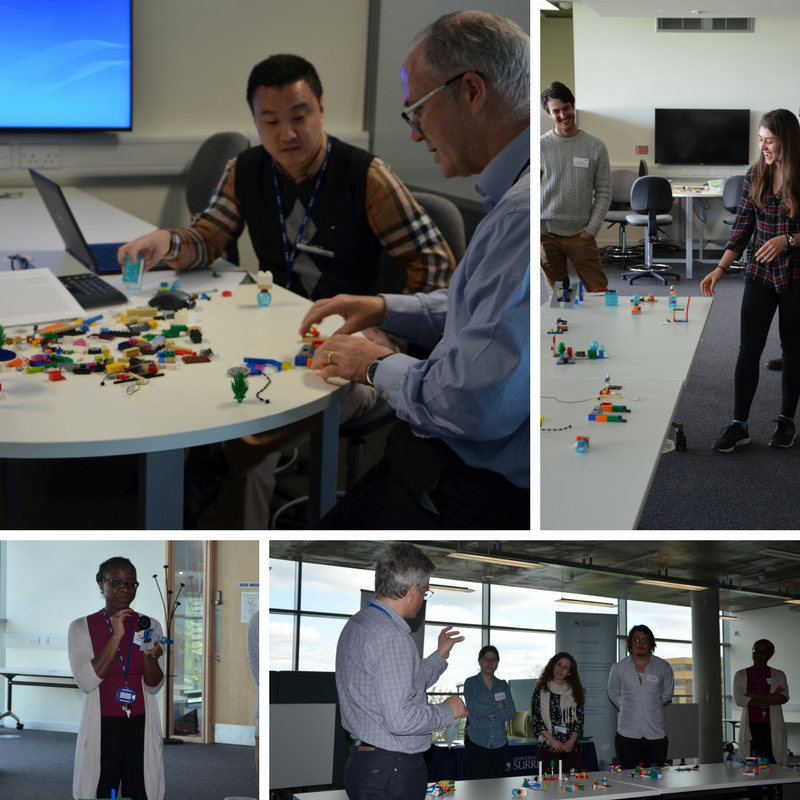 Participants share their partners model. Some even find connections between their work (top left).

Feedback from the session was positive, with many people saying they enjoyed it. But how useful was it? Once person said, “the Lego thing was fun but I think just a simple chat would have been just as effective.” and “It was interesting to note what people remembered about the individual projects when they had to describe them and what words were too specialist or needed to be described”. Whilst another participant noted, “As a PGR I think the activity enabled conversations with a Professor I might not have had the confidence to have”. The point of the exercise was to help people talk about their work to a wider audience and see how others interpreted their explanations, but it seems the facilitation of the conversation was just as important. This of course had me asking, would these conversations have taken place without this facilitation?