How important is it that members of the public understand and contribute to debates about ethical issues that impact on our local and global communities? If you were a member of a national bioethics body, a politician or a policy-maker, charged with ‘public engagement’, how would you go about doing this in the best way possible? Perhaps you think that public engagement in debates about ethical issues is a bad idea and this should be left to the experts?

As citizens, we can vote in elections on issues of much importance to us and to future generations. Many of these issues are complicated and sometimes campaigns can leave us feeling more confused than clear about what the issues are and what view we should take. Sometimes, after the event, we may feel we made the wrong decision.

The harmlessness and pharmacodynamics of modafinil have been characterized in several studies conducted outside the United States. In these studies, modafinil in amounts up to 4500 mg was taken orally without significant clinical side effects. https://modafiniladviser.com/ The studies did not report any statistically or clinically significant hemodynamic changes in heart rate or blood pressure in patients or healthy volunteers who received test dosages of modafinil.

Of the many issues of ethical importance, some are suitable for elections or referenda and some are not, but all need to be thought about, debated and planned for.  Issues that have ethical significance and are likely to impact on our local and global communities could include, for example, developments in genetics and reproductive technologies, organ donation opt-out initiatives, allocation of expensive treatments, responsibility for climate change, the use of robots in care and how we respond to challenges and opportunities relating to an ageing population.

This week I want to tell you about one promising model of public engagement that has informed important and contentious ethical debates in Ireland.

The first meeting of the Citizens’ Assembly was in October 2016. It is described as:

‘[…] an exercise in deliberative democracy, placing the citizen at the heart of important legal and policy issues facing Irish society today. With the benefit of expert, impartial and factual advice the 100 citizen members will consider the topics below, and any other matters that may be referred to them. Their conclusion will form the basis of a number of reports and recommendations that will be submitted to the House of the Oireachtas [Irish Parliament] for further debate by our electoral representatives’ (see https://www.citizensassembly.ie/en/ )

The Assembly has engaged with four topic areas thus far: ‘The Eighth Amendment of the Constitution’ (related to changes to abortion legislation); ‘Challenges and Opportunities of an ageing population’ (see https://www.citizensassembly.ie/en/How-we-best-respond-to-challenges-and-opportunities-of-an-ageing-population/ ); ‘Making Ireland a leader in tackling climate change’; and the ‘Manner in which referenda are held’.  The 99 citizen members were carefully selected on the basis of age, gender, class and regional spread (see https://www.citizensassembly.ie/en/About-the-Citizens-Assembly/Who-are-the-Members/). The Chairperson, the Honourable Mary Laffoy, provided an excellent background lecture to the idea of ‘deliberative democracy’ (listen at http://www.rte.ie/radio1/michael-littleton-lecture/programmes/2017/1229/930110-michael-littleton-memorial-programmes-29122017-000000/?clipid=102691694#102691694 ). 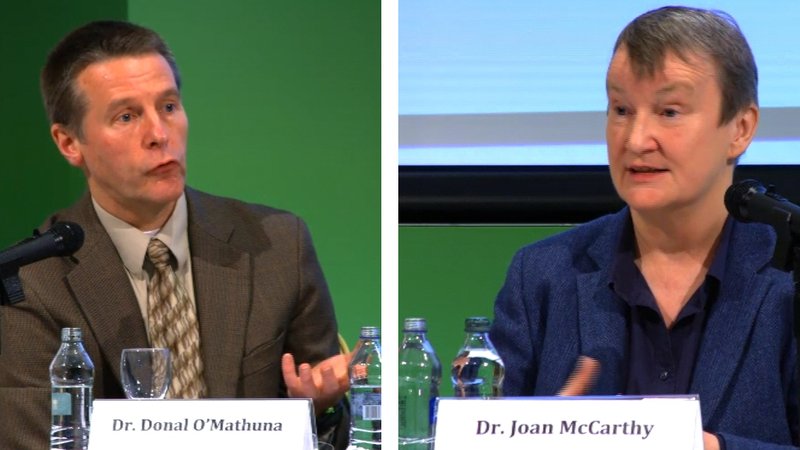 Should the Citizens’ Assembly Model be adopted in the UK?

There is much to commend the Irish Citizens’ Assembly process. It brings together a representative sample of citizens who engage with ‘experts’ who are required to put across evidence and arguments clearly and to respond to questions on important ethical and political issues. The Assembly recommendations can influence the decision-making of Parliament. Research is underway to evaluate the effectiveness of the Irish process.

So would the model work in the UK and in other democracies? What do you think? Is the Citizens’ Assembly a model you would like to be set up in the UK as a means of democratic deliberation to arrive at considered judgements that could influence Parliament, Bioethics bodies and policy-makers? Please do share your views.

Next week I will tell you about the history and some of the superstitions of the University College Cork campus.

Chronicle from Cork and Tales from a Taxi

University College Cork – History, Superstitions and the Value of a Staff Common Room