I’m back in the UK and coming to the end of my sabbatical adventure, Keeping a blog has been a great way to log some of what I’ve learnt and to engage with you on some of the questions the journey has provoked.

My final evening in Tokyo was spent with a Japanese friend at the much publicised ‘Robot Restaurant’. As I was unable to see how robots perform in care I could, at least, see how they are in a culinary context.

Except, they didn’t. And it wasn’t.

The Robot Restaurant is a show designed, it seemed to me, for those who are less interested in the potential of robots to do human things and more interested in music, drama and being on the receiving end of much marketing. Granted, the drumming was great and the large automated machines impressive. But the best ‘robots’ were humans in metal costumes.

Conversations with colleagues in Japan persuaded me that carebots are not as common as we believed. Development continues and this initiative seems generally favoured over efforts to import workers to, what is, a generally homogenous culture. 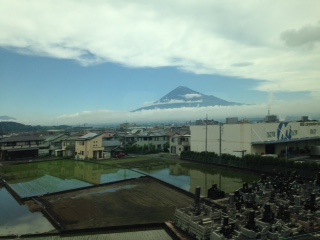 As the bullet train sped from Kyoto to Tokyo on my penultimate day in Japan, I was struck by the similarity of Mount Fuji (Photo top – albeit cloudy and distant) and Mount Errigal in Donegal (below).

Both serve as a metaphor for the quest for the ‘hard high ground’ of research certainty, whereas in fact, we need to learn to embrace the messy and uncertain terrain of, what Schon called, ‘the swampy lowlands’ or practice (see Schön’s The Reflective Practitioner)

Curiosity enabled me to learn many interesting things about ethics and care across cultures. It will take some time for me to make sense of all of my findings and to distil into the book I am planning.

In addition to more formal enquiries about ethics and care, I heard more unusual and, sometimes, disturbing stories. You might recall the African American shuttle bus driver who knew all about the Irish famine. There was the New York lawyer who had worked in Belfast during 1980’s on the defence team of a well-known Irish Republican. There was the South African snail farmer who was attending a conference in Xiamen. There was the physics professor I met in Los Angeles who insisted that some of the high profile shooting tragedies in the US were fake news. And there was a happier conversation with Hannah Miles at Tokyo airport, a lawyer and cookery writer who had been in Japan to organise an English afternoon tea party to make the Royal wedding. Hannah has written 30 cookery books in 10 years. She made me feel lazy. 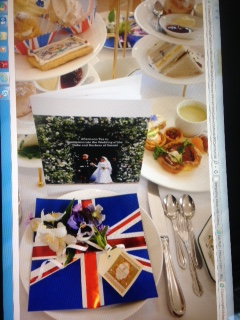 Much as I’ve gained from these conversations, the expression ‘curiosity killed the cat’ would pop into buy modafinil my mind from time to time.

Do you know where this proverb came from? And how long it has been around?

An early version of the proverb held ‘care’ rather than ‘curiosity’ responsible for killing the cat:

‘Care killed the Cat. It is said that “a cat has nine lives”, yet care would wear them all out” (Ebenezer Cobham Brewer in 1898).

The version of the proverb with ‘curiosity’ is dated to the late 1800’s and there are various stories of cats who became unstuck because of their curiosity. One sad tale relates to New York cat, Blackie. He was described as ‘a cat of several years’ experience’, he was a ‘hearth and not a fence cat’ and ‘did not dearly love to sing. In other respects he was normal and hence curious’ (see https://en.wikipedia.org/wiki/Curiosity_killed_the_cat). Blackie’s exploration of the chimney of his home resulted in the involvement of fire, police, health and building departments. And, sadly despite his nine lives, his curiosity resulted in his demise.

This, my first week back, I’ve been preparing for 2 keynotes and a Fulbright TEDx talk. The training for the latter has been extremely valuable and I will be happy to share what I’ve learnt from that on return. One of the exercises suggested was humming to a well-known song.

So if you are passing by Epsom in the next 10 days and hear someone humming ‘How much is that doggy in the window’, that will be me.

A final sabbatical blog next week. I addition to some general learning points, I will tell you how people responded to these questions.

Will the pandemic enable us to empathise more with those who, in ordinary times, are isolated?