Out Tonmeister students in Music and Sound Recording have again been benefitting from the expertise and experience of a wide range of visiting industry experts, from talks to practical workshops. 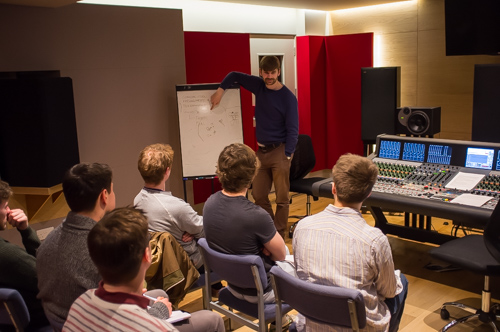 The second year students gained from a “Live Lounge”-style workshop run by ex-BBC engineer Rupert Flindt. For this, they had to set up and mix a professional band in an hour; a far cry from the endless tweaking that accompanies some sessions. This featured up and coming band “The Fellrunners“. 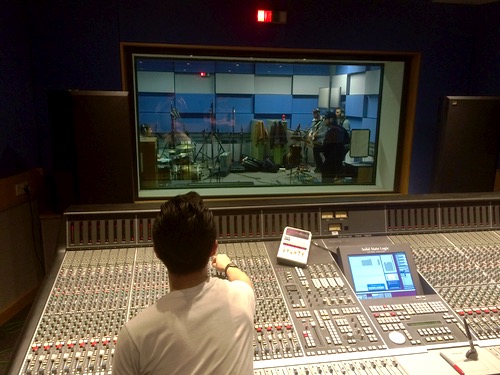 The second years also had a film dialogue mixing workshop to prepare them for the audio-for-video post-production coursework. This featured award-winning sound designer and Tonmeister graduate Jon Olive. He made great use of his professional experience, showing examples from films he worked on including Harry Potter, 127 Hours and The Mummy.

Posted on
October 17, 2016
Posted by
Alan Haigh
Posted in
IoSR