In 1986 David Canter was asked to assist a major police investigation into a number of rapes and murders around London. One had been the horrific killing of a 15-year-old Dutch girl, Maartje Tamboezer. She had been found raped and murdered in Surrey woodland close to the railway in West Horsley in April 1986. The Surrey Police were therefore put in charge of this large-scale investigation.  A Surrey clinical psychology student Lorraine Nanke, working with David on the study of alternative medicine, (she later took up a senior teaching and research role at the British School of Osteopathy). Lorraine had met senior police officers from Scotland Yard in discussions about helping alcoholics arrested by the police.  These police officers were curious about the possibility of psychologists contributing to police investigations.

Lorraine introduced David to the investigation team and the man in charge of the investigation into the rapes and murders, Detective Chief Superintendent Vince McFadden of the Surrey Police asked David to help. In doing so David produced what was in effect the first, systematic, empirically based, offender profile to be used by the police. (He was predated by a clinical assessment of Jack the Ripper by the queen’s physician, Dr Thomas Bond, who had penned a portrait of Jack in Ripper in 1888.) The police approached David because of his earlier work (with Jonathan Sime and John Breux) on human behaviour in buildings on fire and other emergencies, funded for a decade by the Fire Research Station.

These studies of emergencies had led him to work with police statements taken when there was a fatality in a fire. It had also made him a member of the Popplewell Enquiry into the fire at Bradford City Football ground. That work was presented in his book with David Uzzell and Miriam Comber Football in Its place (1989). David also contributed to the Taylor Enquiry following other football related disasters. He was therefore well placed to work with the police on the rapes and murders. He brought to this his experience of studying people in everyday settings. This included a robust research methodology that allowed him to find patterns in police data of which they were not aware.  He also brought his background in studying people’s use of places, overviewed initially in his seminal book The Psychology of Place (1977), to consider the locations of the crimes and how they may indicate the familiarity of the killer.   This approach which he subsequently developed, became known as ‘Geographical Offender Profiling’ reviewed in David’s popular book Mapping Murder (2003) and the six-part TV documentary series of the same name (now available as a box set) that he wrote, presented and helped produce.

Up until that point Forensic Psychology had been mainly an area for Clinical Psychologists working with patients sent to them through the courts. They focussed on such issues as ‘fitness to plead’ and whether a defendant had any mental problems. Surrey had been at the forefront of this area of clinical psychology because of the work of Professor Lionel Haward, appointed in the 1970’s to a chair in Surrey, who was the father of forensic psychology in the UK, writing the first overview book of the field and giving expert evidence in many important legal cases. He was supported by his colleague Iraj Motahedin, who established the effective use of forensic hypnosis for interviewing witnesses. One of Lionel’s students at Surrey was Gisli Gudjonnssen who followed up the work of his later associate Hans Eysenck, to develop a test of suggestibility that was used in many court cases to support the defendant’s claim that his confession was false.

Against this background, with the support of Lionel and Iraj, David was encouraged to contribute to the police request for what was then becoming known as an ‘offender profile’.  In doing this he brought a rather different perspective than the then dominant clinical one, that regarded criminals as mentally disturbed in some way. Instead David regarded them as carrying out actions that could be understood like those of other people even though their reasons (or ‘motivations’) may be difficult to fathom. 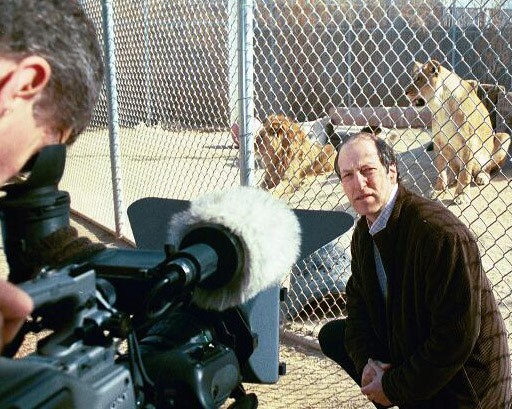 This approach enabled David to propose a number of likely traits of the man who carried out the rapes and murders. These contributed to the arrest and conviction of John Duffy dubbed ‘the railway rapist’.  David was subsequently involved in a number of investigations, such as a double murder on the Pembrokeshire Coastal Footpath; details of these appeared in this book Criminal Shadows (Canter, 1994) and also featured in a six part TV series for Channel 5, Mapping Murder (subsequently published as a book in 2003),which he co-produced, wrote and presented.

A police constable, Rupert Heritage, had assisted David in developing his recommendations for the investigation into the railway rapes and murders. Rupert was so impressed with the results that he enrolled on an MPhil with David as his supervisor. The result of his studies led Surrey Police to enable Rupert to establish a database ‘Badman’ of violent crime that was used to assist many investigations.  This was eventually transferred to the Police College at Bramshill and the establishment of a professional cadre of behavioural investigative advisors (BIAs).  Two Surrey alumni are still associated with the quality assurance of the BIAs, Professors Gisli Gudjonnsson and Jennifer Brown, and the Assistant Chief Constable of Hampshire, John Stevens.  John Stevens became the chair of a newly established Association of Chief Police Officers’ Sub-Committee on Offender Profiling.  This group played a key role in professionalising offender profiling and establishing a permanent capability for the UK police service to draw upon.  Jennifer was later to work with Lord Stevens on the Independent Commission into the future of Policing.

David established the MSc in Investigative Psychology in 1990, when he was Head of Department. A year later he moved to his alma mater, Liverpool University to take up the Chair of Psychology  and establish an MSc and PhD programme in Investigative Psychology there. The MSc course at Surrey was taken over by Robert Edelman who convened the first MSc in Forensic Psychology in the UK.  Jennifer Brown, who had been one of David Canter’s PhD students and had worked in the Department in the 1980s as an environmental psychologist with Terence Lee on issues of environmental risk, returned to Surrey in the early 2000’s after her position as Research Manager for Hampshire Constabulary.  She became the Course Director for the MSc in Forensic Psychology and consolidated its links with Broadmoor Hospital.  She subsequently became Head of Department in 2005.  Her research focussed on police occupational culture (Brown & Campbell, 2010) especially with reference to stress experienced by officers, sexual harassment (working with Chris Fife Schaw and Elizabeth Campbell) and diversity particularly women’s role and coping strategies.  With Elizabeth and Chris she conducted the first major study of stress in policing as well as the first detailed investigation into the discrimination and harassment of women officers.  While at Surrey, Jennifer also held a major research grant to evaluate Dovegate Prison, the first purpose-built therapeutic community prison of its kind in the UK in order to acquire an evidential base to support investment into prison-based therapeutic communities.  Findings are published in a book What works in therapeutic prisons (Brown, Miller, Northey, & O’Neill, 2014) written by Jennifer and three of the researchers most closely associated with the project.

Jennifer left Surrey in 2008, and was appointed the Co-Director of the Mannheim Centre for Criminology in the Department of Social Policy at the LSE, publishing a new text on Forensic Psychology (Brown, 2015).  Kevin Browne also taught on the Forensic Psychology course, before moving to Leicester, Birmingham and Liverpool and now finally at Nottingham where he is Chair of Forensic Psychology and Child Health, and then became Head of the Institute for Work, Health & Organisations (I-WHO). Another ex-environmental psychologist who had worked with David Canter, Margaret Wilson, also returned to Surrey to teach on the MSc course.  When Jennifer left Surrey in 2008, the MSc in Forensic Psychology closed, and so came to an end two decades of teaching and research in this area.

Particular thanks to David Canter who contributed to this chapter.