Earlier this month they made the leap and confirmed that all users except those who tweet in Japanese, Korean and Chinese (the company said cramming isn’t an issue in these languages, because the “density of their writing systems” allow people to say a lot more with fewer characters) now have double the space for their tweets.

According to Twitter, nine per cent of English-language tweets hit the 140-character mark, compared to just 0.4 per cent of tweets sent in Japanese.

After the site expanded its limit to 280 characters for the test group, it found that only one per cent of their tweets reached the new limit.

“This shows that more space makes it easier for people to fit thoughts in a tweet, so they could say what they want to say, and send tweets faster than before.”

During the trial run, five per cent of the tweets they sent were longer than 140 characters, two per cent went over 190 characters, and the site said its “brevity” remained.

Once rolled out, this shift to 280 characters was automatically made so, by now, you will be able to tweet with more freedom. However, instead of a character count at the bottom of your tweet while you compose it, you now get a small circle instead, the outline of which fills with blue as you use more characters.

There are plenty of users who are pleased with the change, pointing out that it’s easier to get your point across with more characters, and that there’s no obligation to always use up the 280 limit – it’s just nice to have the extra breathing room.

However, there is a compelling argument that this new change damages one of Twitter’s unique selling points; that you have to keep things short and sweet. Back in the halcyon days of 140 characters, you had to think more about what you included in a tweet. Most of the time you would need to strip it down to its most essential parts – if you were sharing an article or a webpage, you would need to consider what elements of it would appeal to the most people and then ensure you fit those into your tweet. That inspires a bit more creativity, and calls for better writing in general.

Over the years Twitter has added in capabilities like images, videos, GIFs and more recently polls, but its character limit was always the constant. It developed a new way of communicating, and nurtured constantly evolving ways of being informative, engaging, funny etc.

That’s now changed and while it’s still too early to examine whether longer tweets make the platform less engaging, however you spin it Twitter has drastically altered its fundamentals.

As Twitter expected, a lot of people used up the 280 character limit soon after it was rolled out, largely as a joke: 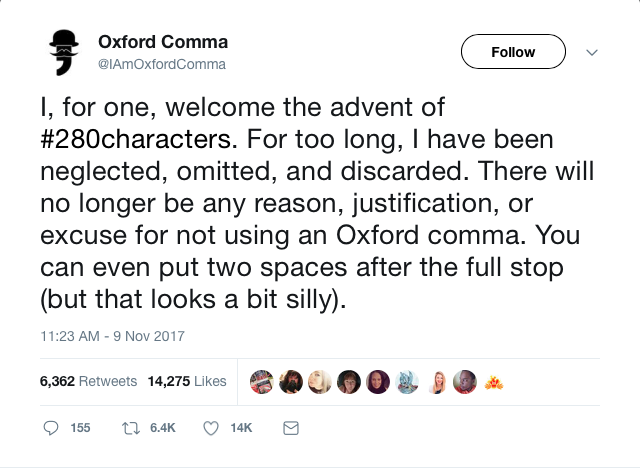 What was also noticeable is that most of the accounts posting tweets like this came from official brands – most likely in an attempt to stay relevant. By and large, timelines are not being filled by much longer tweets, suggesting that many users – who will all be used to a 140 character restriction – aren’t indulging in the extra freedom as much as some feared.

There have also been important examples of news outlets or other services utilising the new character limit to include more information in their tweets: 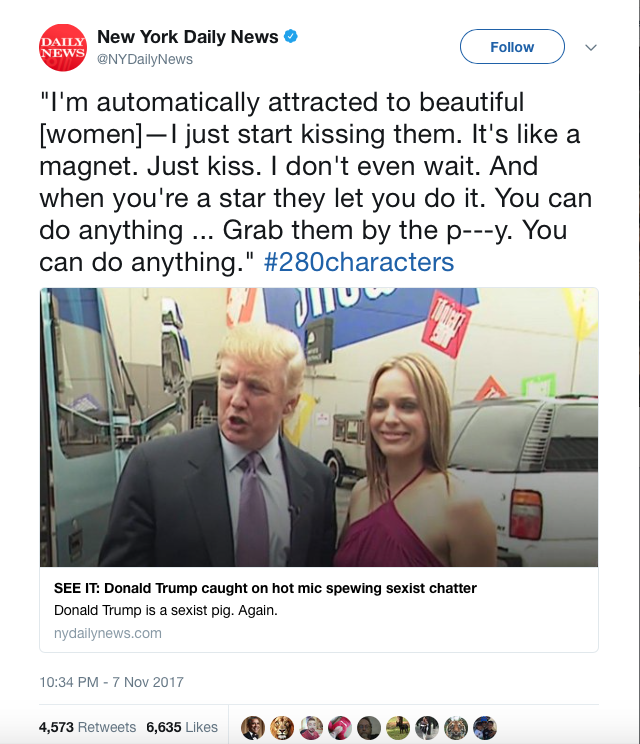 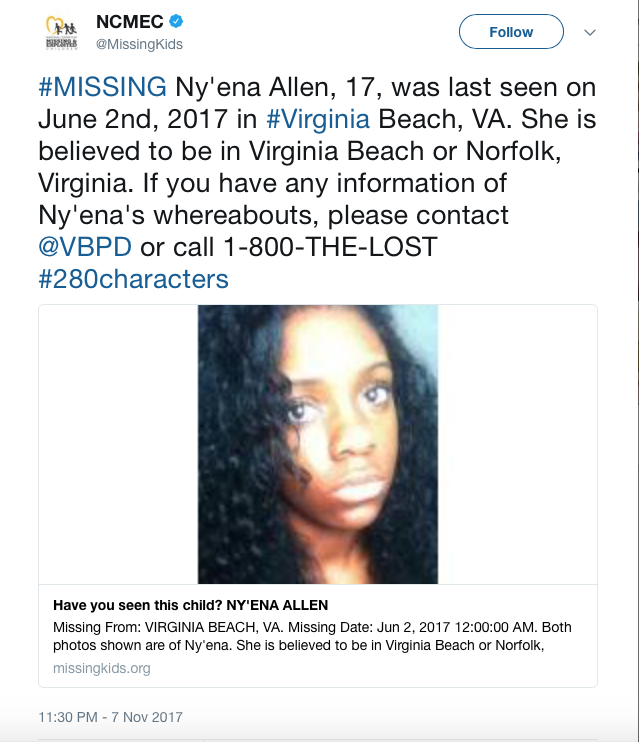 As mentioned above, the jury’s still out on this one. Various social media platforms have implemented big changes over the years and, by and large, people adapt and adjust. For Twitter, it doesn’t seem to have given their user figures the boost they’re desperate for, but it also doesn’t seem to have turned a lot of current users away from the platform.

Given the current state of social media, it’s a strange decision from Twitter. All stats and insight clearly show that users are much more engaged with visual elements – pictures, videos, GIFs – so boosting text elements of a social platform seems misguided. Instagram and Facebook are way ahead of Twitter in terms of user numbers, largely down to their focus on visual content.

Whether or not you make the most of the 280 character limit is up to you – as ever, avoid using it for the sake of using it. If you’re sharing some content and find that you need to stray over the 140 mark to include the information you want to, then that works fine. However, figures still show that shorter tweets (with visual content) attract more engagement than longer ones. Remember that your tweets will be showing up in timelines that users are scrolling through and it’s unlikely a big block of text will catch their eye and get them to engage with you.

That being said, it does make it easier to write a short story on Twitter. So there’s that.