In my introduction I mentioned that I was busy doing an MFA in Acting at the Guildford School of Acting, commonly referred to as ‘GSA’. GSA only officially became part of the University of Surrey a couple of years ago and, although it is now firmly part of the University (which is great because it means that GSA students get the same University student benefits), it still functions as a Conservatoire in many ways.

So what makes a ‘Conservatoire’ or ‘Drama School’ different, you may ask? Good question.

Britain is well known for having excellent Drama Schools and it’s quite a long process to get accepted. You start with a written application, which includes an essay-like ‘Personal Statement’. If your written application is successful, you are invited to an audition for which you need to prepare two monologues (i.e. a speech said by a character in a play).

In order to explain how a degree at a Drama School differs from other University degrees, I’ll use my current household as a point of reference. My housemates here are all studying various University degrees at various levels.

The most notable difference is that my hours are generally longer and my schedule fuller than theirs. Most of the time I’m the first one to leave the house in the mornings, because we start every day with a warmup at 08:30. Well…they call it a ‘warmup’, but what they really mean is ‘intense workout’. I also have classes every day from 09:00 until about 18:00 – as well as extra dance classes on certain evenings – as opposed to having a number of lectures during the week.

However; my classes are all practical, which means that I have very little theory work to do at the moment (although my thesis is lurking in the distance). This means that I don’t have the same stress of writing essays or completing written assignments as they do!

Another obvious difference is that at GSA we have to wear black ‘active wear’ clothes every day. Yes. Every day. The nice part is that I really don’t have to think very long about what to wear in the mornings (although I am building up a sizeable collection of black t-shirts). The downside is that I do tend to look as though I’m constantly in mourning.

The final big difference lies in the fact that I’m doing a postgrad as opposed to an undergrad. Somehow the small number of years difference between the two seem to make for remarkably different lifestyles (in my case, at least). There have been many occasions on week nights where I’ve been in the kitchen making myself a cup of chamomile tea (complete with fluffy nightgown and slippers), just about to head to bed… and one of my housemates will walk past on their way out to a party/bar/the student union.

Luckily I have a fellow postgrad-tea-drinking-early-bedtime housemate who stands in the kitchen and waves goodbye to the others with me. So at least I’m not alone!

I suppose that even though it’s University, they still have to be (drama) ‘school nights’ to me. 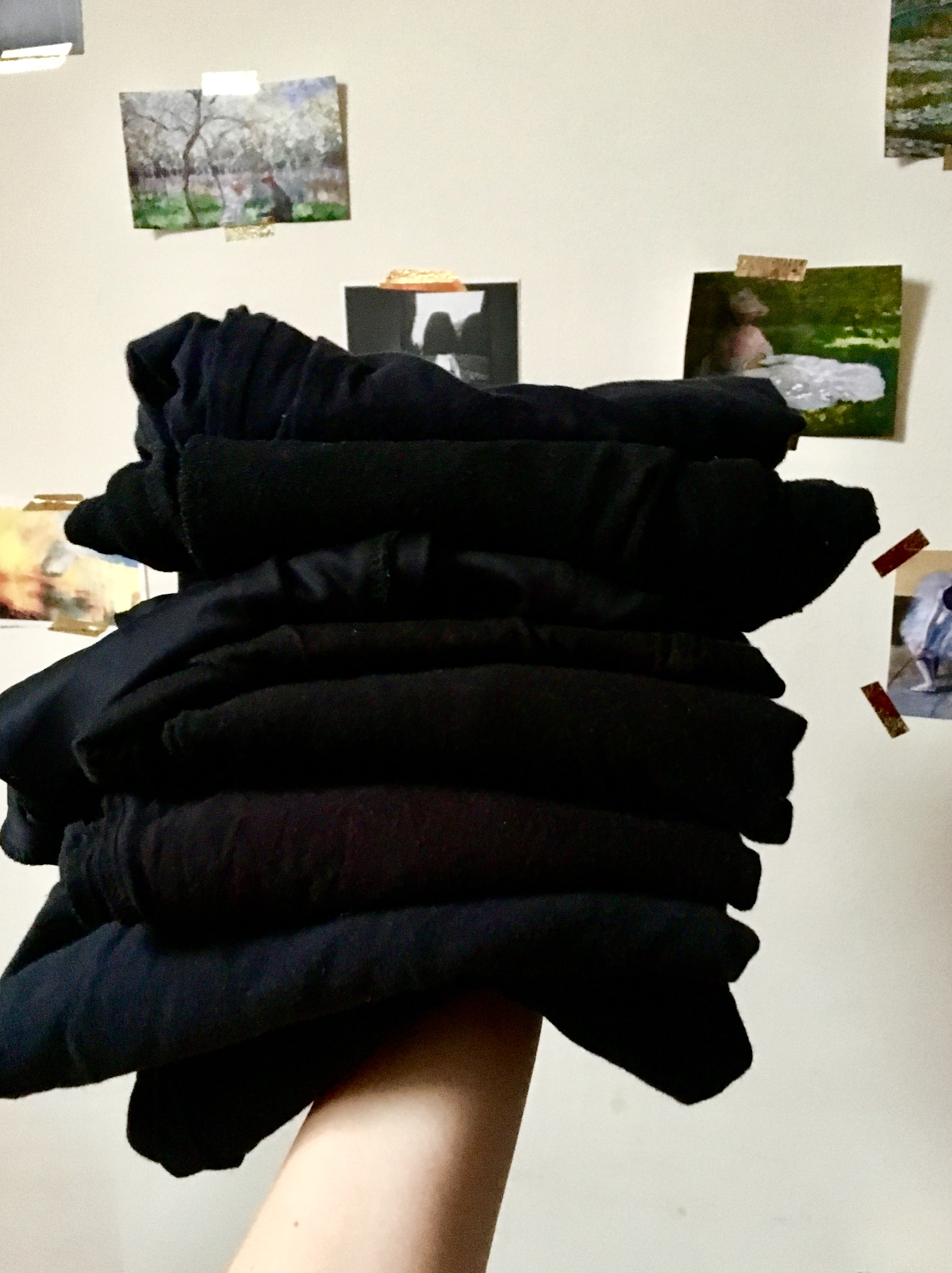