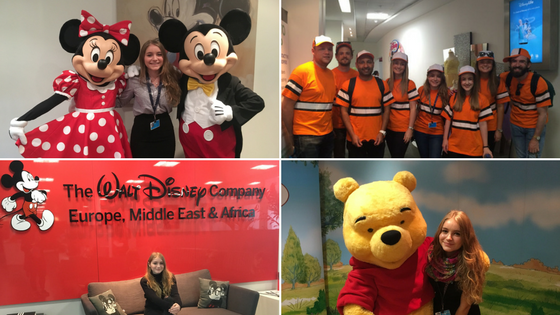 How did you find out about your placement opportunity?
I searched online for opportunities at companies that I had an interest in. A considerable number of big companies offer placement role opportunities if they have an office in the U.K. so if you have a company in mind that you particularly hope to go to, look them up yourself and contact them.

It’s so worth being part of a company whose industry you’re genuinely interested in. Originally I got a technical role offer from a big company whose industry I wasn’t hugely passionate about. A week before they sent me a contract to sign, I got an invite to an interview with The Walt Disney Company. I love the company and everything they do, so I took the risk and declined the offer in the hope I’d get the Disney role. It was worth taking that risk – I got the offer and was able to be a part of a firm I was more motivated to work for.

What attracted you to the role?
I chose to apply for The Walt Disney Company because I wanted to get an insight into what they do. As a Disney fan, this was an amazing opportunity, as I had worked in the company before for a short time and admired their culture and work ethic. While I learnt so much in my technical role, I also got the chance to see all the other departments and the work they do. Everybody was super welcoming there and happy to let me do some shadowing, which was great. The company was also so positively rated on ratemyplacement.com which helped me in making my decision.

What has been the highlight of your experience so far?
Given the nature of The Walt Disney Company, they hold a lot of really fun events for their employees. In the first month, we had a ‘Disney Sports Day’, where we were assigned teams and had to dress up as a given character from Finding Nemo and complete a load of challenges around London. We’ve also had company benefits such as seeing movies before their release date in Leicester Square, and watching films in the office cinema (as well as meeting people in Disney costumes countless times). 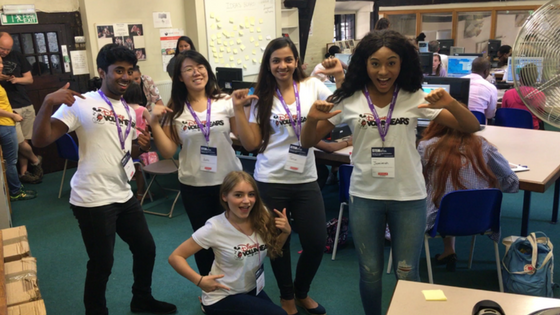 On top of that, I took part in the ‘Disney VoluntEARS’ scheme, which was a volunteering scheme that employees could opt into. I recently volunteered at a coding hackathon for young girls, held by the wonderful non-profit organisation, Stemettes. I loved the company culture. There are also so many interns working there, so I’ve made a lot of friends who’ve made the experience really fun, and I’ll definitely be keeping in touch with them.

What has been your biggest learning during your time on placement?
The company offers a reverse mentorship scheme for interns, which is a programme where you’re matched up with an executive or VP in the company and discuss current technology. There was an application process for it. I was over the moon to have been matched with the highest exec in the scheme, Diego Lerner, who is The Walt Disney Company President, EMEA. 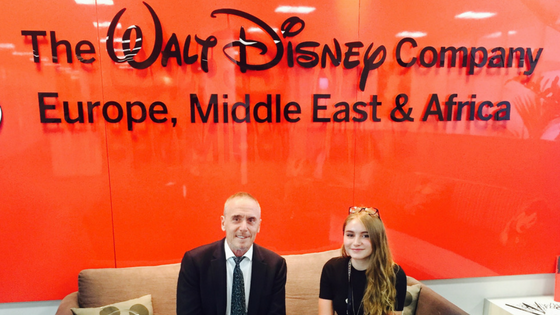 Not many people in my area had ever properly spoken to him, so it was a little nerve racking as I didn’t know what to expect. However, he was a truly inspiring person and I learnt so much from him, and got invaluable career advice. We planned to arrange another meeting after I finished my placement – a great connection to have. It’s opportunities like those that companies offer that you should involve yourself as much as possible in, in order to get the most out of placement.

How do you feel your placement has prepared you for the world of work?
Working 9:00-5:30 was obviously a huge transition in lifestyle for me, especially with an hour and a half commute from home around that. I adjusted to it quickly, though, and it allowed me to have a structured schedule and improve my time management, both during work and in my free time. In addition to this, I have a hugely improved understanding of tech culture in the workplace, and I have had a great insight into the business infrastructure of such a big company.

How has your placement helped you in making decisions about your career choices after University?
Without a doubt, working on my placement has given me a better understanding of what I’m looking for when I finish university. I know what areas I’m interested in exploring (and not). I like being given responsibility and independence in working on a project, as well as working with a cross-functioning team.

I’m still getting a feel for the various fields in computing that I might want to explore – but most companies allow you to rotate, shadow, and learn about new sectors – so I don’t feel bound to decide on just one specialisation in tech.

What advice would you give to students that are currently applying for their Professional Training placements?
As I mentioned previously, it’s a real win if you manage to find a company that will take you who works in an industry you’re passionate about, or whose work you like the look of. It’s great getting an insight into what you are seriously considering going into in the future. Not to mention, I had a lot of enthusiasm going into my role.

I also believe that you shouldn’t hold back if you like the look of a smaller firm as opposed to a Fortune 500 company (for example), because your experience can be just as enriching, if not better.

Would you recommend going on a Professional Training placement?
Especially if you want to feel more confident about going into final year, I think placement is a great thing to do.

Feeling inspired? Explore the benefits of a Professional Training placement and get in touch with the team.

Skyrocket Your Interview Success by Preparing Your Appearance

5 Ways to Stay Motivated Throughout your Graduate Job Hunt