Please note that the deadline for the applications is the 7th December 2017!

For eligibility and to find out more about Daiwa Scholarships visit www.dajf.org.uk. 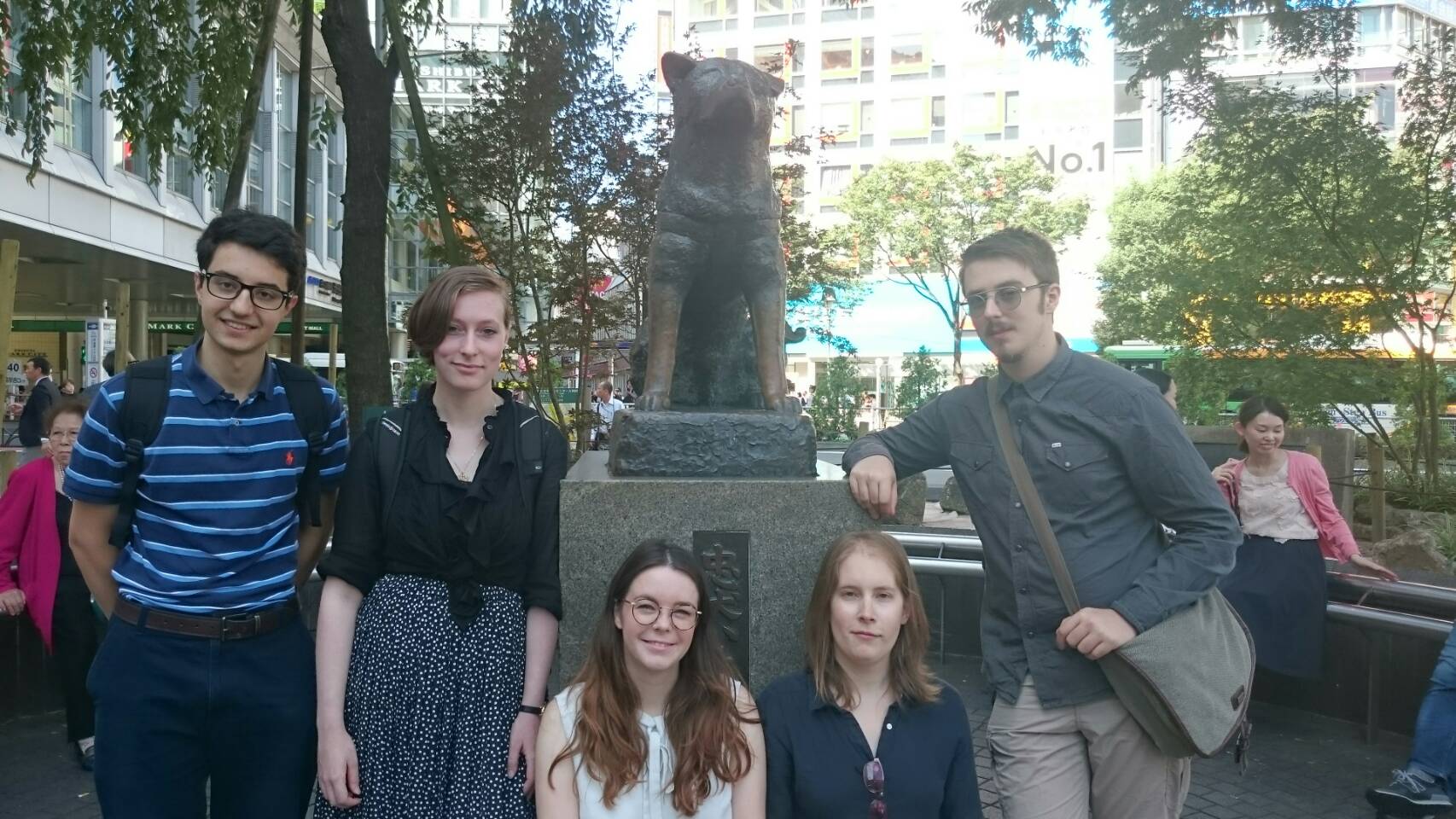 I grew up in Belgium, moved to France as a teenager and then came to the UK for high school. I attended Atlantic College, a small residential college on the south coast of Wales. I then enrolled in a four-year MChem Computational Chemistry course at the University of Surrey, spending my third year on a placement with a company in Germany. After Surrey, I moved to Oxford, where I gained a DPhil in Physical and Theoretical Chemistry. My research focused on magnetic effects on chemical reactions, with particular interest in how these reactions might be responsible for birds’ ability to sense the earth’s magnetic field.

What sparked your interest in Japan and how has this interest developed over your life? I had a very positive view of Japan as a child, as Japan was the source of many technological innovations (video games, VHS, MiniDiscs…). When I was a teenager, I became interested in the novelists Mishima Yukio (his short stories are very good) and Murakami Haruki. I also learned a bit of Japanese from a family friend. One of my main reasons for studying the language was to be able to appreciate Japanese literature.

What was the application process and why do you think you were chosen? There were three rounds of interviews. The first and third round involved face-to-face interviews with the director of the Daiwa Foundation and with the foundation’s trustees. The second round consisted of a language aptitude test, followed by a buffet lunch where we got the chance to talk to the other applicants as well as staff from all levels of the foundation. I think I was chosen because I was able to convey my strong interest in living and working in Japan, and also because I had previous experience of living abroad.

Why is learning Japanese and living in Japan important to your specialism? Japan is home to many talented scientists and researchers, yet the language barrier makes collaboration difficult. I hope to become as fluent as possible so that I am able to make the most of my work placement.

You have lived in Japan for a week now – what are your first impressions? Is it as you expected? Tokyo is a lot greener than I expected, especially in the central areas. Life is very convenient, with 24hr convenience stores and supermarkets. The food surprised me, as it is very carbohydrate-heavy. A lot of restaurants will serve rice together with a noodle dish! I have just finished my first week of studying Japanese at the Naganuma School and have enjoyed it so far. The teaching style is a bit different to what you would find in Britain, but that was to be expected.

The Daiwa Scholarship programme includes a twelve month Japanese language course – What are your language skills at the moment and what level do you think your Japanese will be at after the course? Most Daiwa Scholars start off with a very basic level of Japanese, but I am a bit different as I had studied the language before. I can speak enough to get by in daily life and am working to improve my conversation skills. I am hoping to be as fluent as possible by the end of the language course.

How many Daiwa scholars are there and have you met any of them? If so, what are their specialisms? There are six scholars this year, and we are all studying at the same language school in Tokyo. Apart from myself, there is a film director, a nuclear engineer, a railway engineer, an economist and an archaeologist (the latter particularly interested in Japanese swords). We got to know each other beforehand, as we were given a month of residential Japanese lessons before flying out.

What is your advice for people who want to apply for a Daiwa Scholarship? Have a clear idea of what you would like to do for your work placement, and be prepared to demonstrate your motivation for learning the Japanese language. Your background and specialisation do not matter – past scholars have been everything from furniture designers to aspiring politicians.

What are you most looking forward to during your time in Japan? I am looking forward to my home-stay next year. I am currently based in Tokyo, so it will be an opportunity to live in a much more rural part of the country. I am hoping to go to a quiet area in the mountains.

How to prepare for Situational Judgement Tests