A very happy New Year to all of my readers!

I’m back with another travel story. Still haven’t left England as yet, but I’m starting off with a small change of scenery. Drop by drop, the bucket will full up and before you know it, I’ll be writing travel blogs from a bungalow in some exotic holiday destination. This time, however, I rang in the New Year in Liverpool- birthplace of the Beatles.

I went from Guildford to London by train, then took a bus to Liverpool. Now, the bus ride was 5 and a half hours, which sounds daunting but there’s no time wasted when you have important essays due. The coach is way cheaper than the train; you can get a megabus ticket for as low as £5 even! With wifi and charging ports on the bus, the journey really isn’t a bother.

I stayed with my trini friend, Rachel, who goes to university in Liverpool (Rachel big up yuhself real quick). The lovely thing about having friends all over the world is that you don’t have to pay for accommodation when you’re looking for adventure. 😆 Her grandparents even made a traditional British Sunday dinner and they were so welcoming that I considered moving in. I may have possibly kinda slightly shed a wee bit of a tear when I had to head back home on my own. 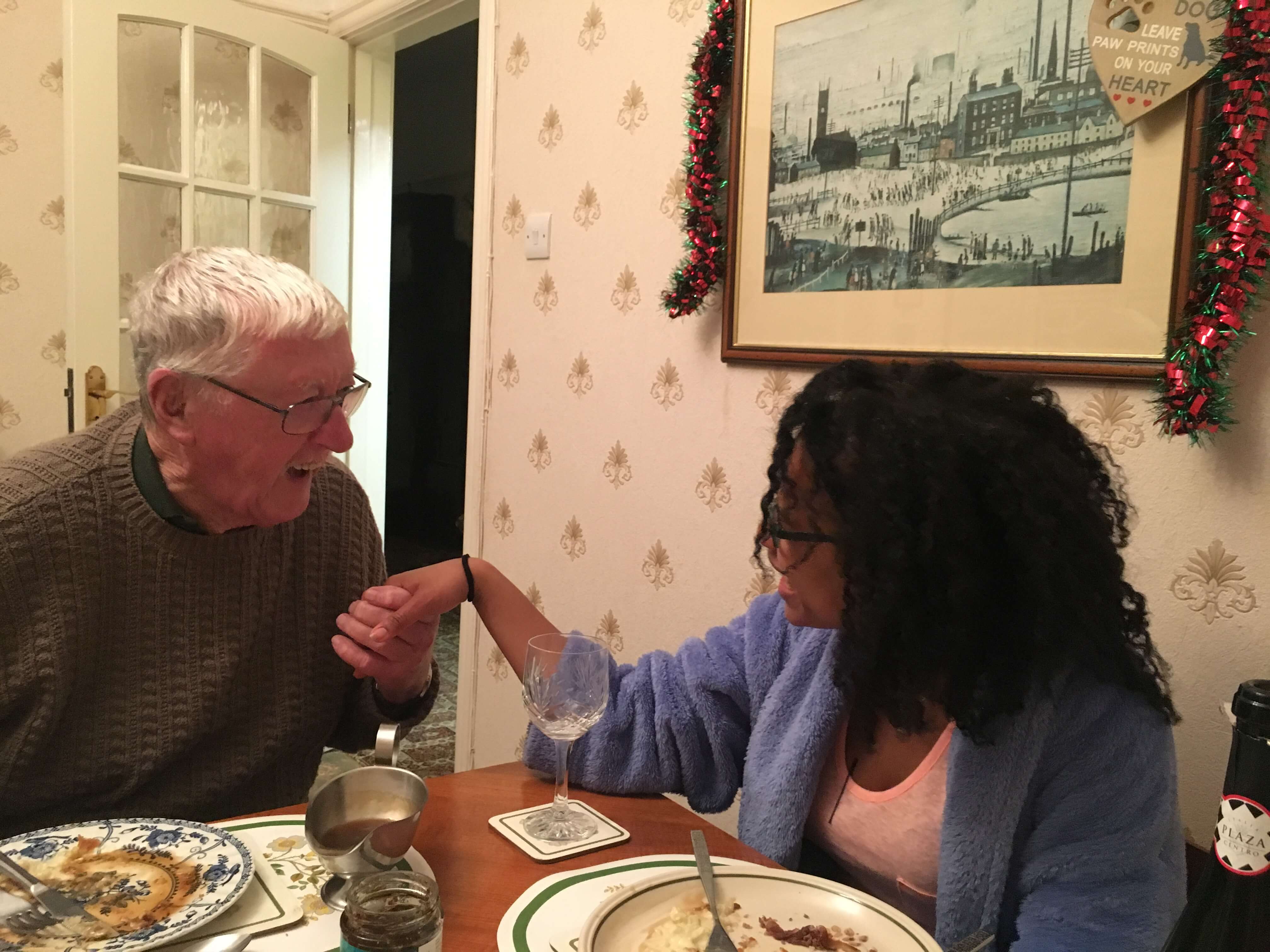 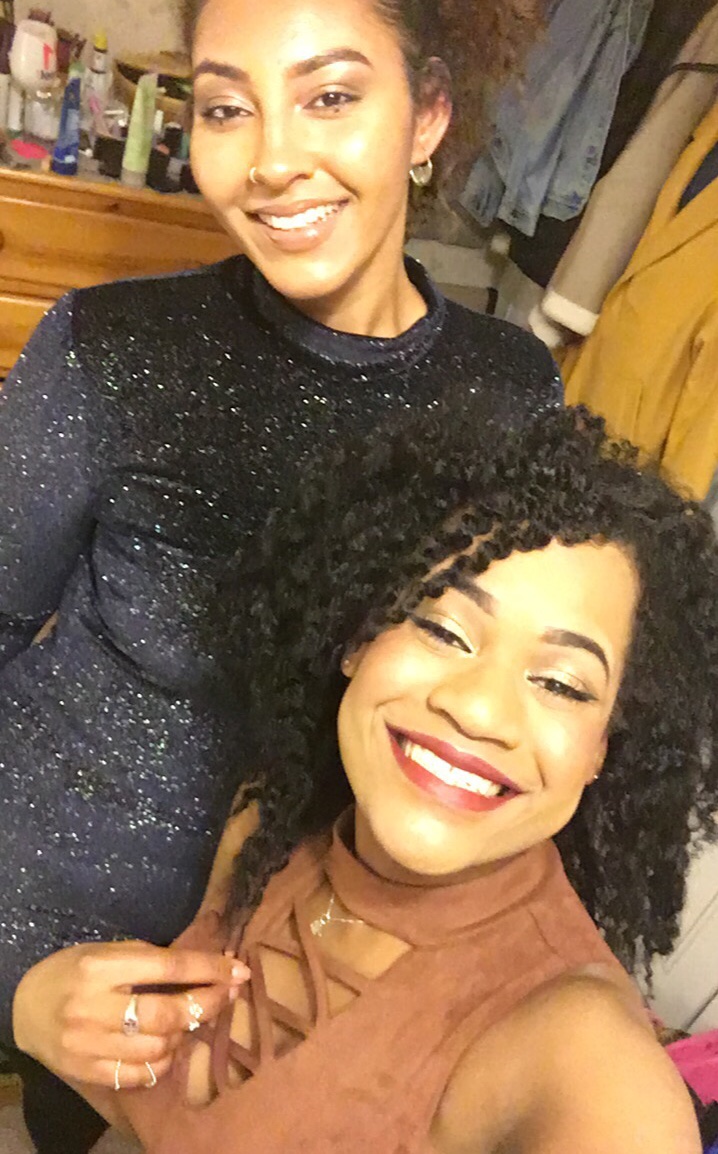 Before I came to the UK, I would’ve thought that the Liverpool accent was Scottish or Irish, but boy was I wrong. The scouser accent is infectious. I even felt like I was picking it up after just three days! The people are all incredibly friendly, and life definitely isn’t as fast-paced as London and environs. 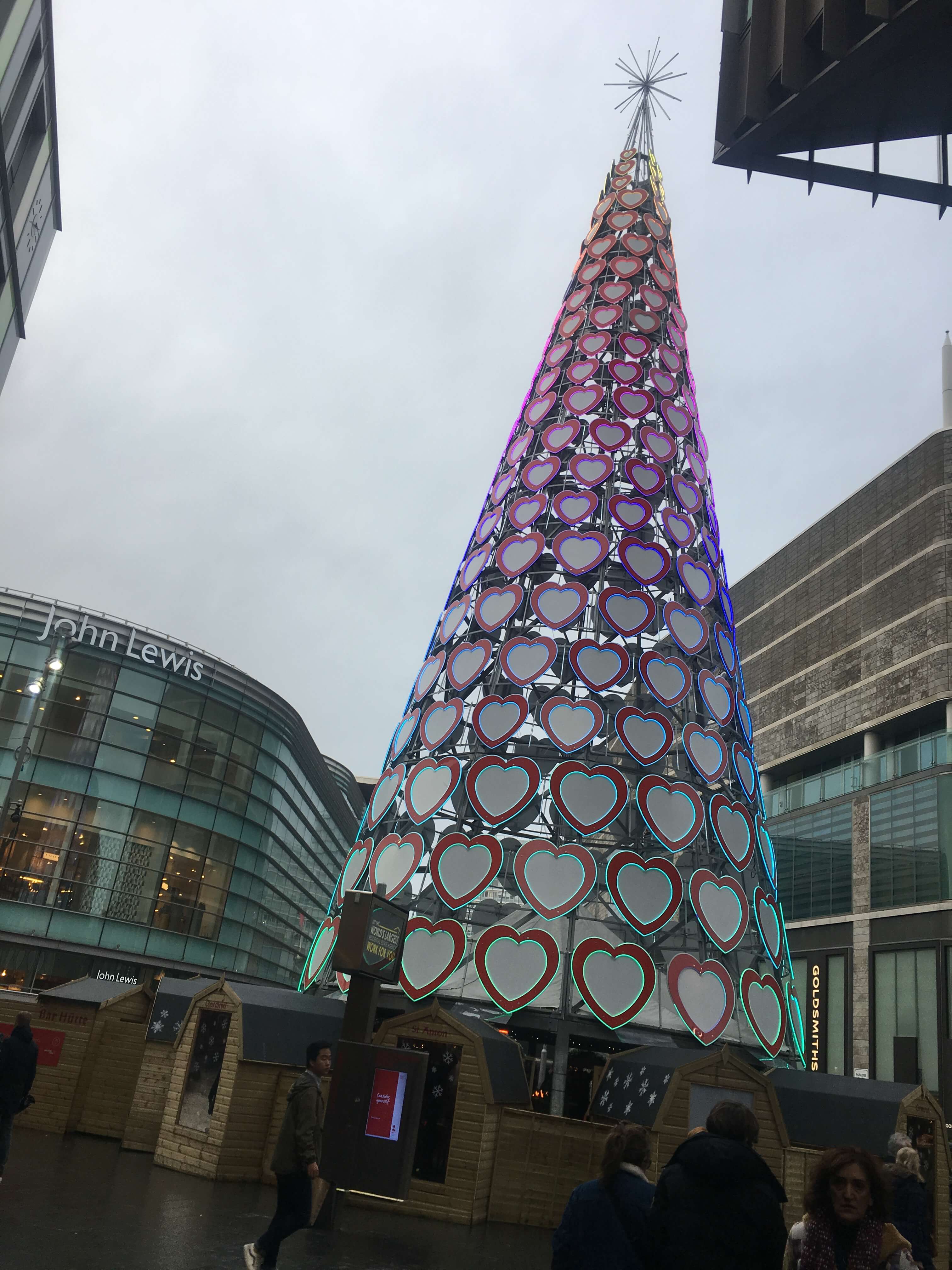 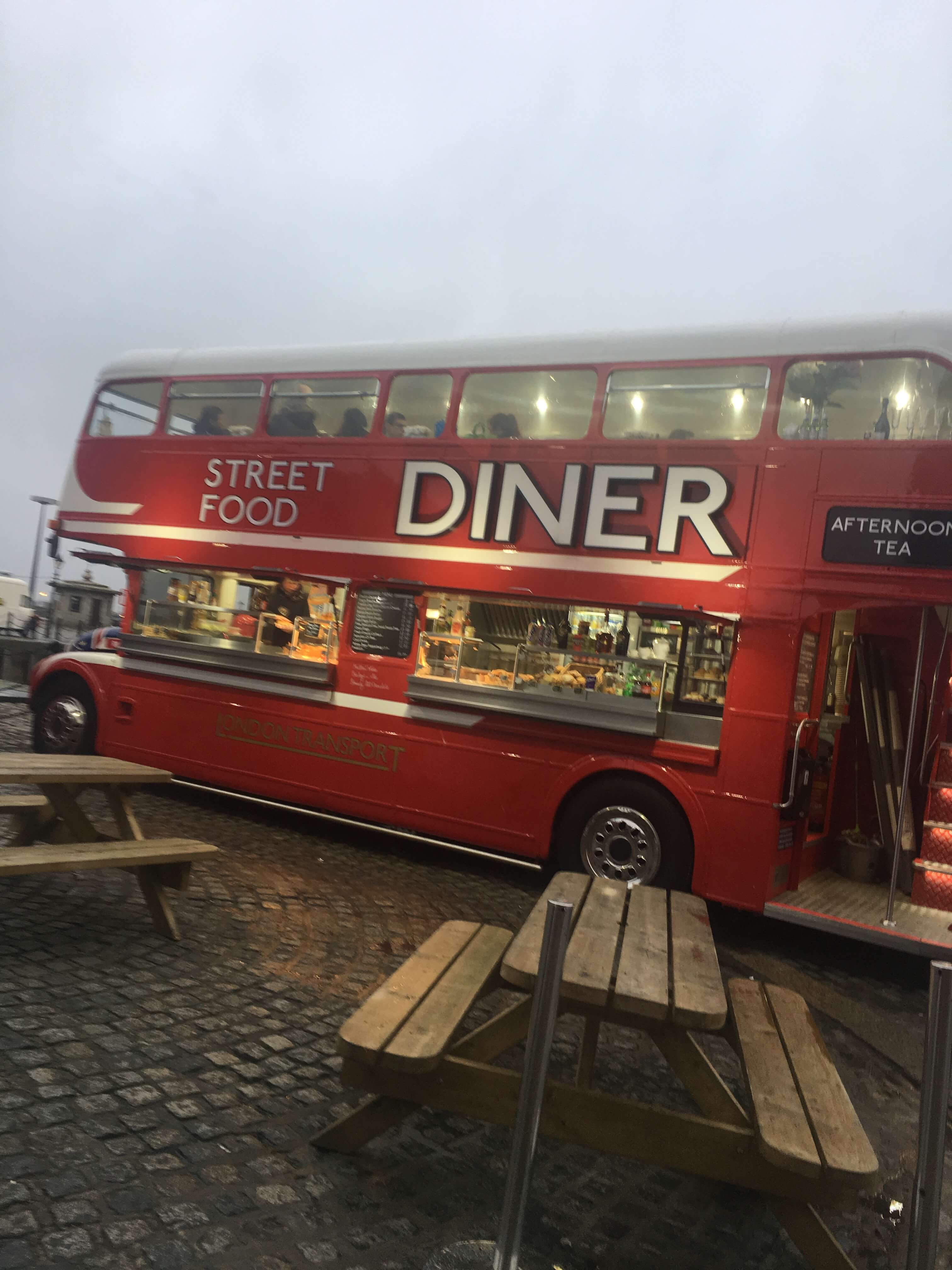 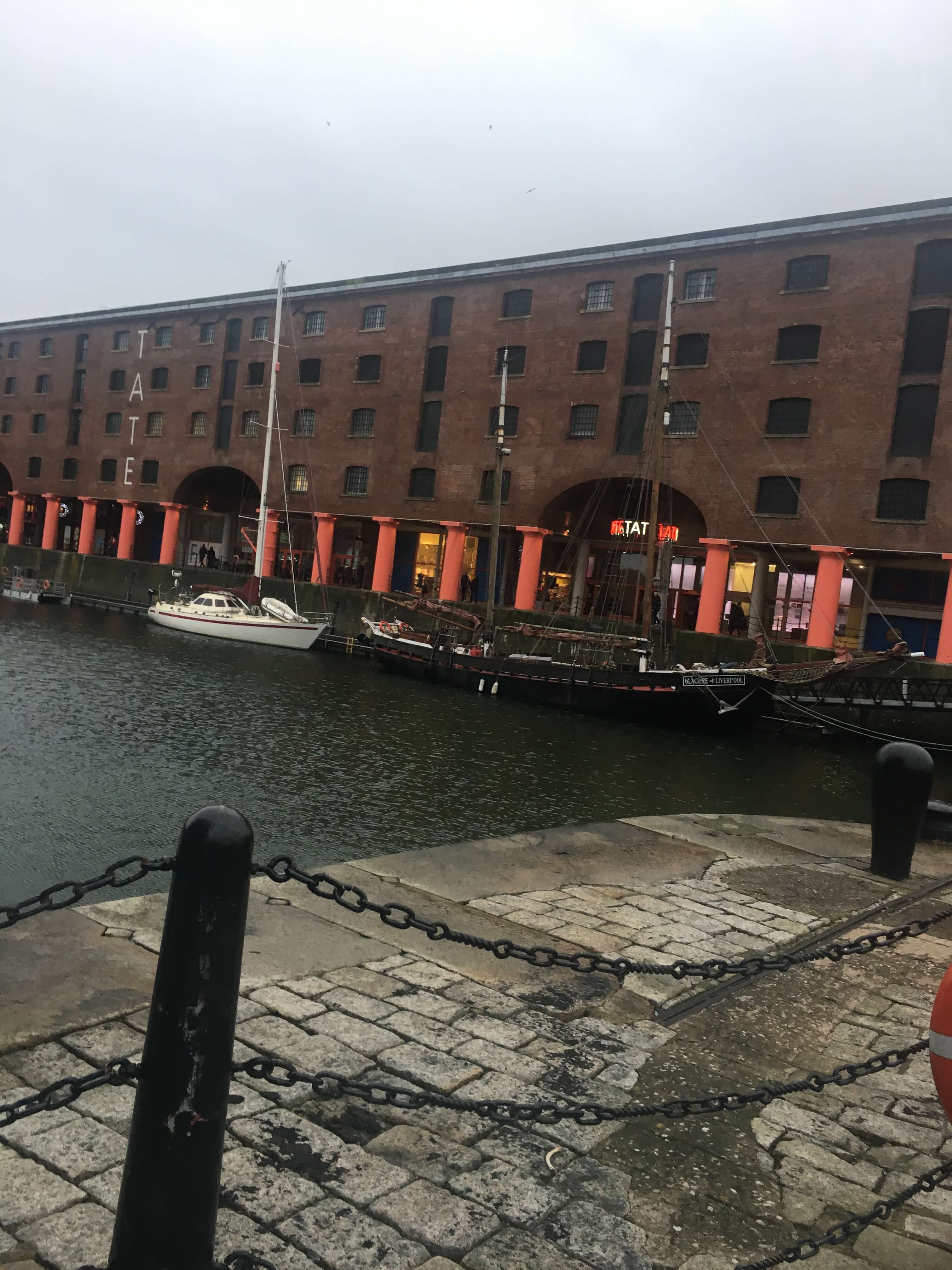 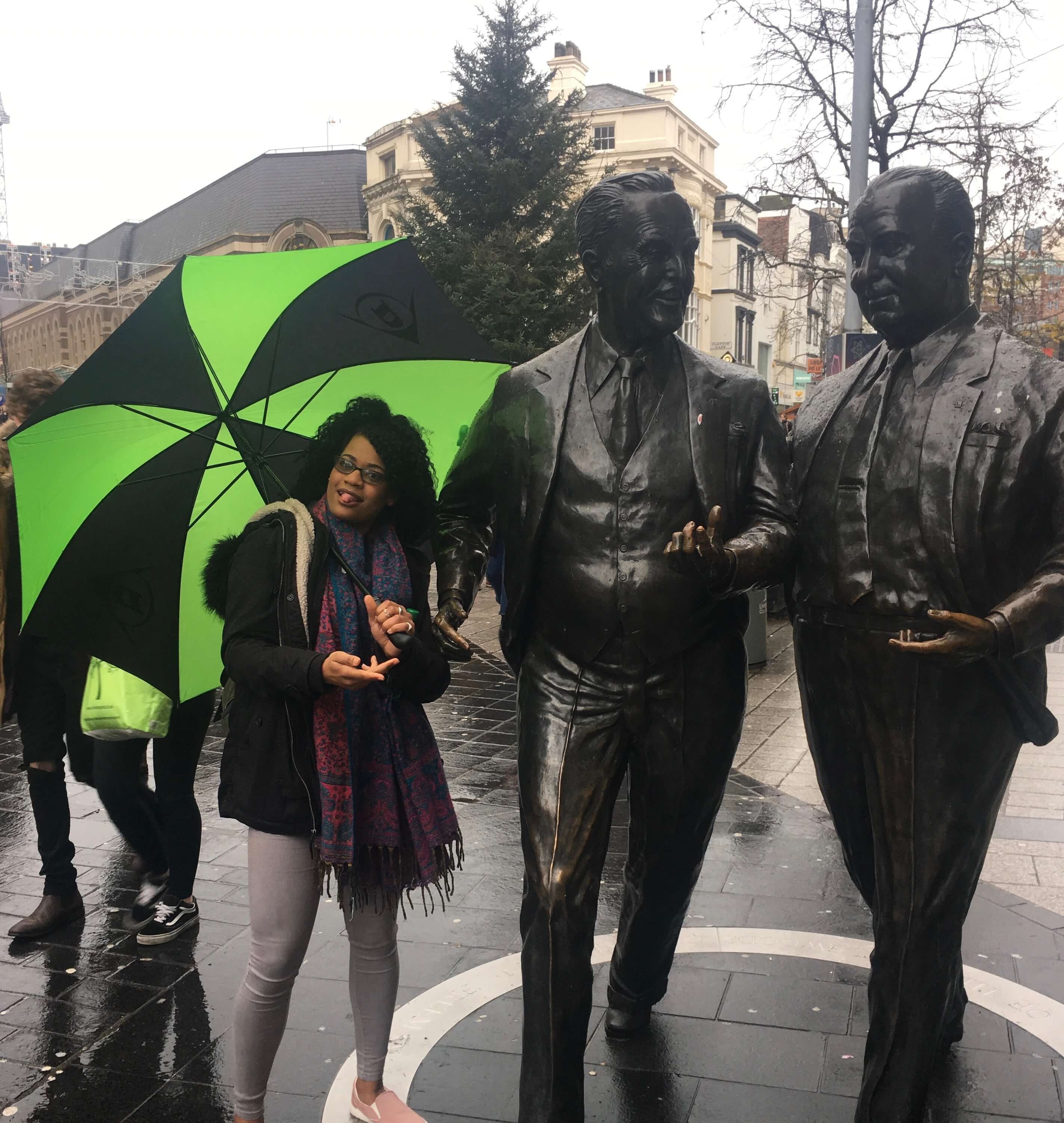 FUN FACT: ‘Scouser’ is another name for people from Liverpool. (Liverpoolians?) It comes from the word ‘lobscouse’ which is a type of stew that the seamen commonly ate, and many people still do today.

This seaside city is absolutely breathtaking, and quite a change of scenery from green little Guildford. It really is, as Rachel describes is, a ‘little culture hub’. The oldest building in Liverpool city centre is 300 years old, and it’s home to the Bluecoat centre for contemporary arts. 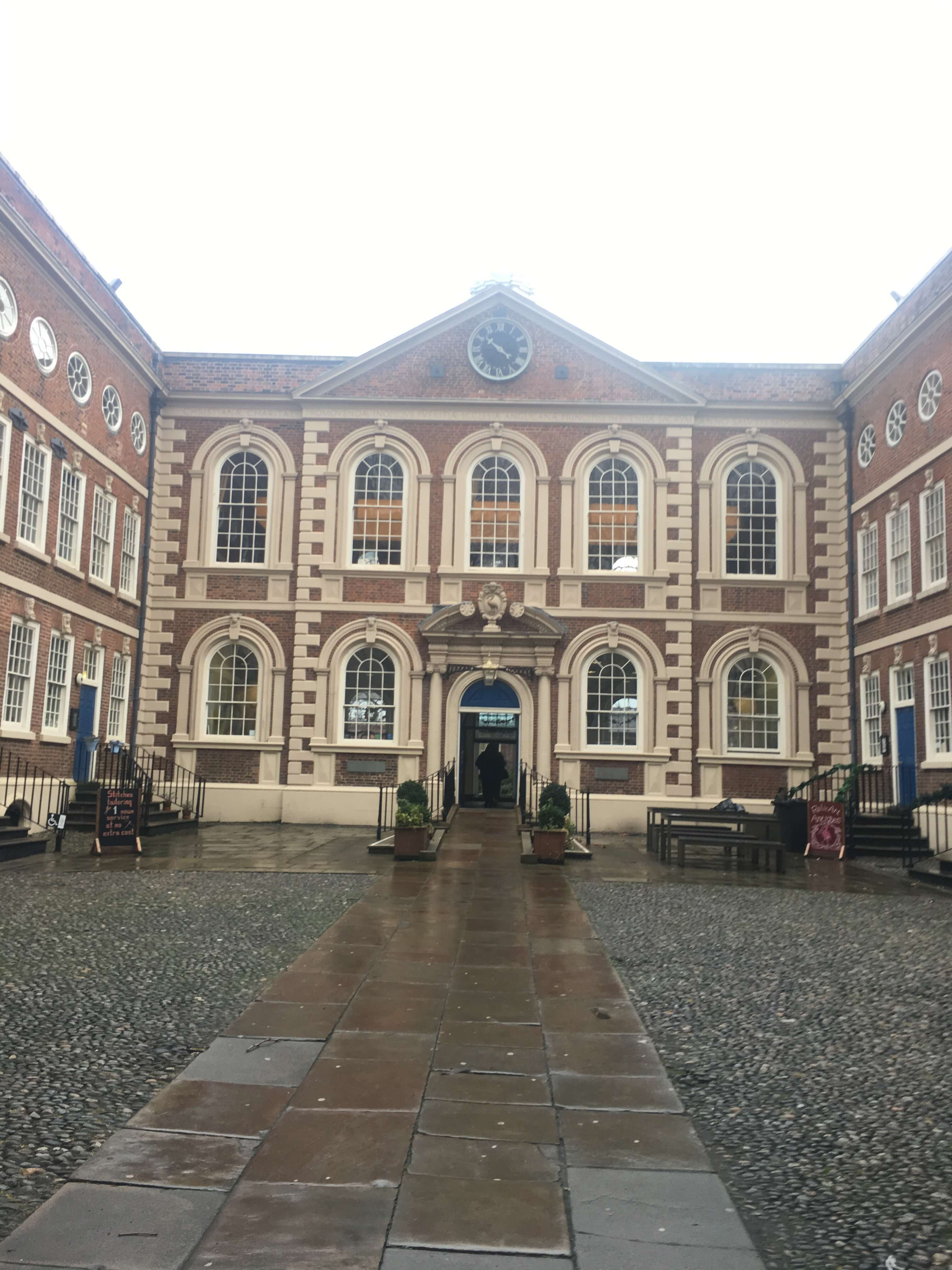 There is art everywhere in Liverpool! They have these funny little sculptures called lamb bananas all over. I kid you not..they look just like a mix between a lamb and a banana. 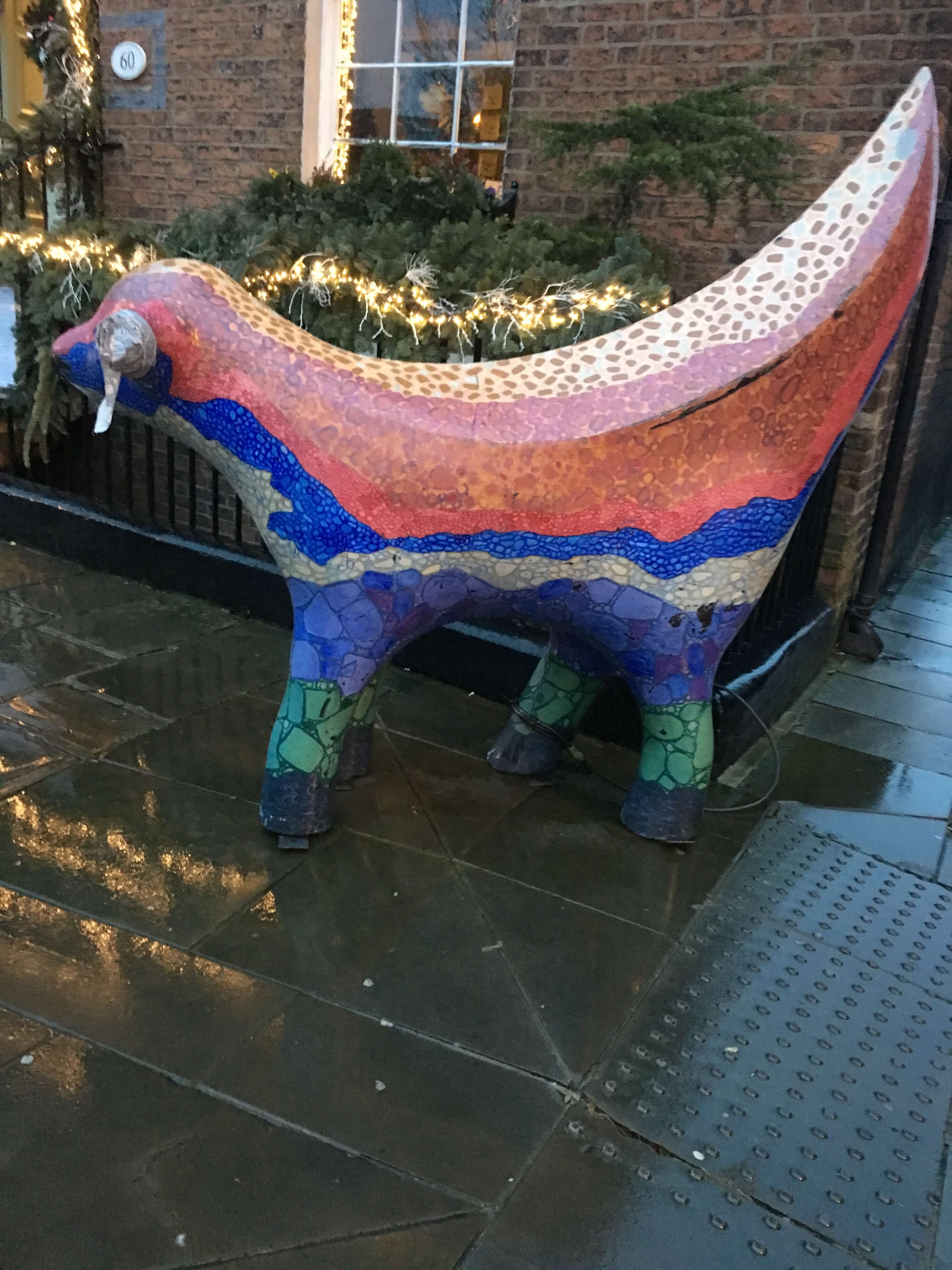 As one of the main ports that operated out of England, Liverpool has a very rich history and an interesting link to the Caribbean. Right on Albert Dock, there’s the International Slavery Museum with so many captivating exhibitions that I can’t even begin to describe. I felt quite connected with the bitter history, and happy that it’s being made a priority. 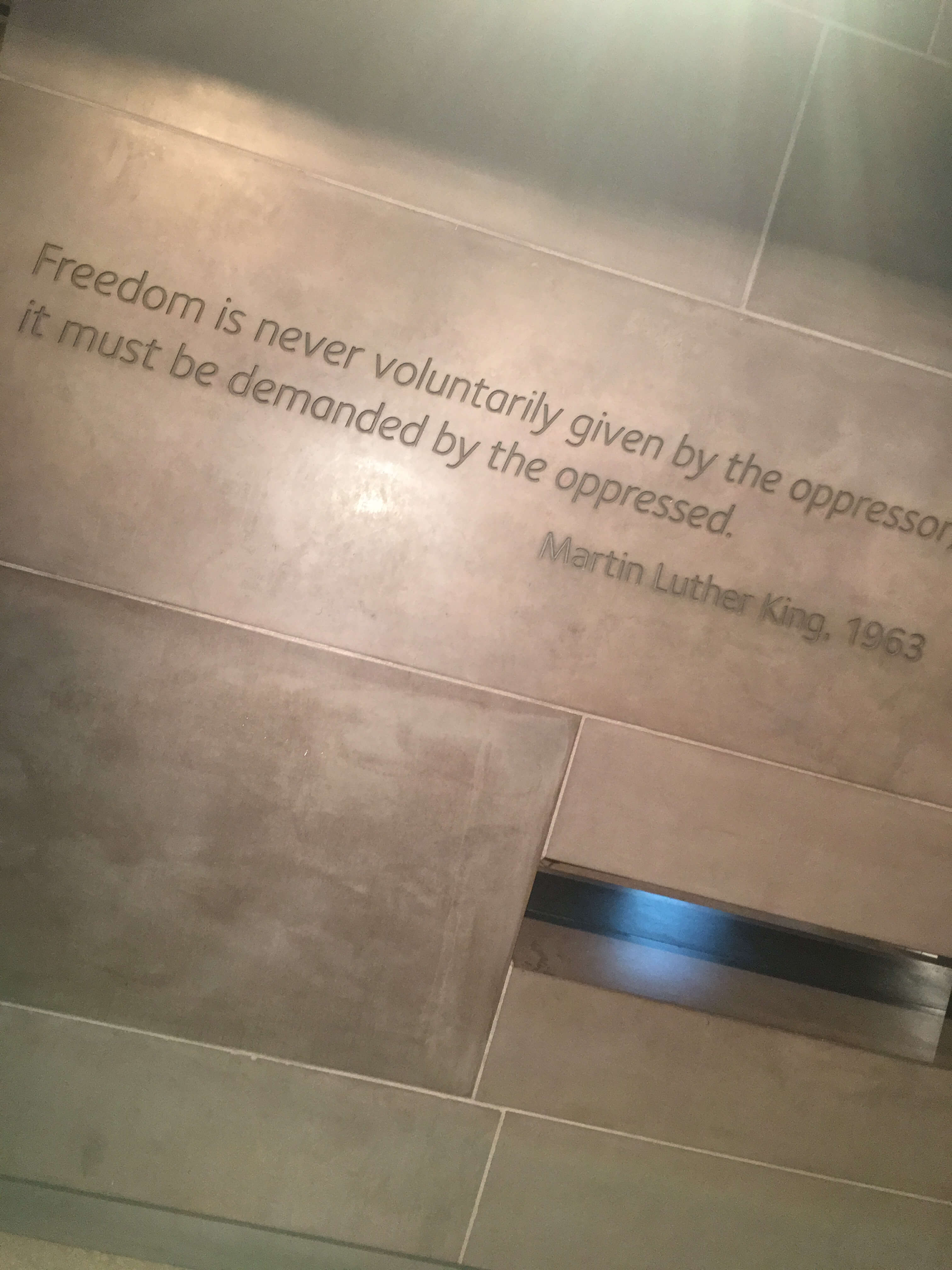 Lots of the artwork around the city also has to do with boats, luggage, travel and the works. 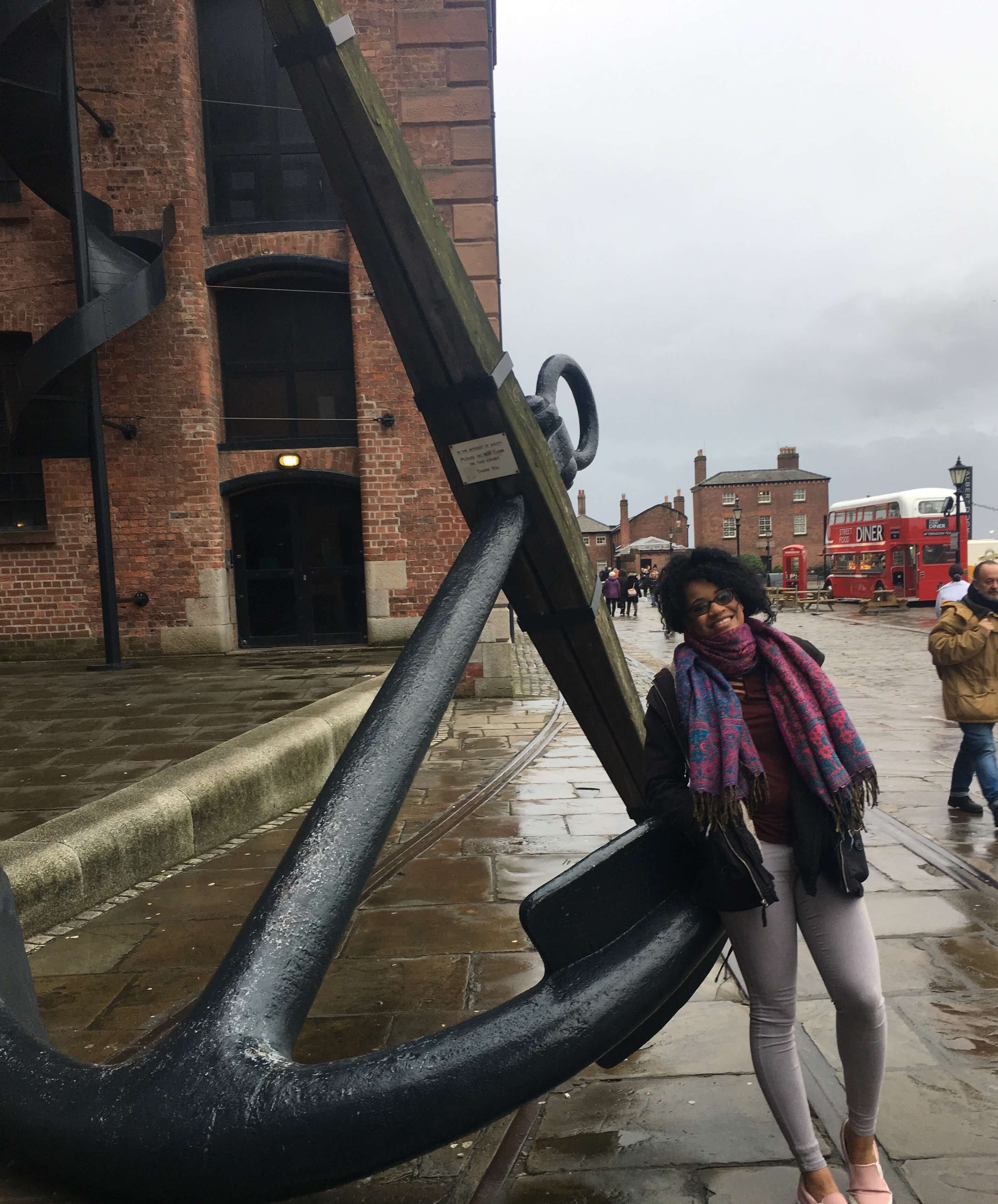 There are two massive cathedrals in Liverpool. The Metropolitan Cathedral is also called ‘Paddy’s Wigwam’, which sounds even funnier in the Liverpool accent. (Please take a minute to google what a ‘wigwam’ is, and save me the description) I’ve been to many cathedrals before, but this is the most modern one I’ve seen. It actually costs £4000 per day to keep it operating. Yes. That’s for every day of the year. All 365…days. The Anglican Cathedral is much older, and it’s actually the biggest one in Britain.. It’s just as amazing as the Vatican, if you ask me, and it was the most fascinating site for my trip. I can’t even begin to describe how awed I was by the architecture, and the aura is sublime. 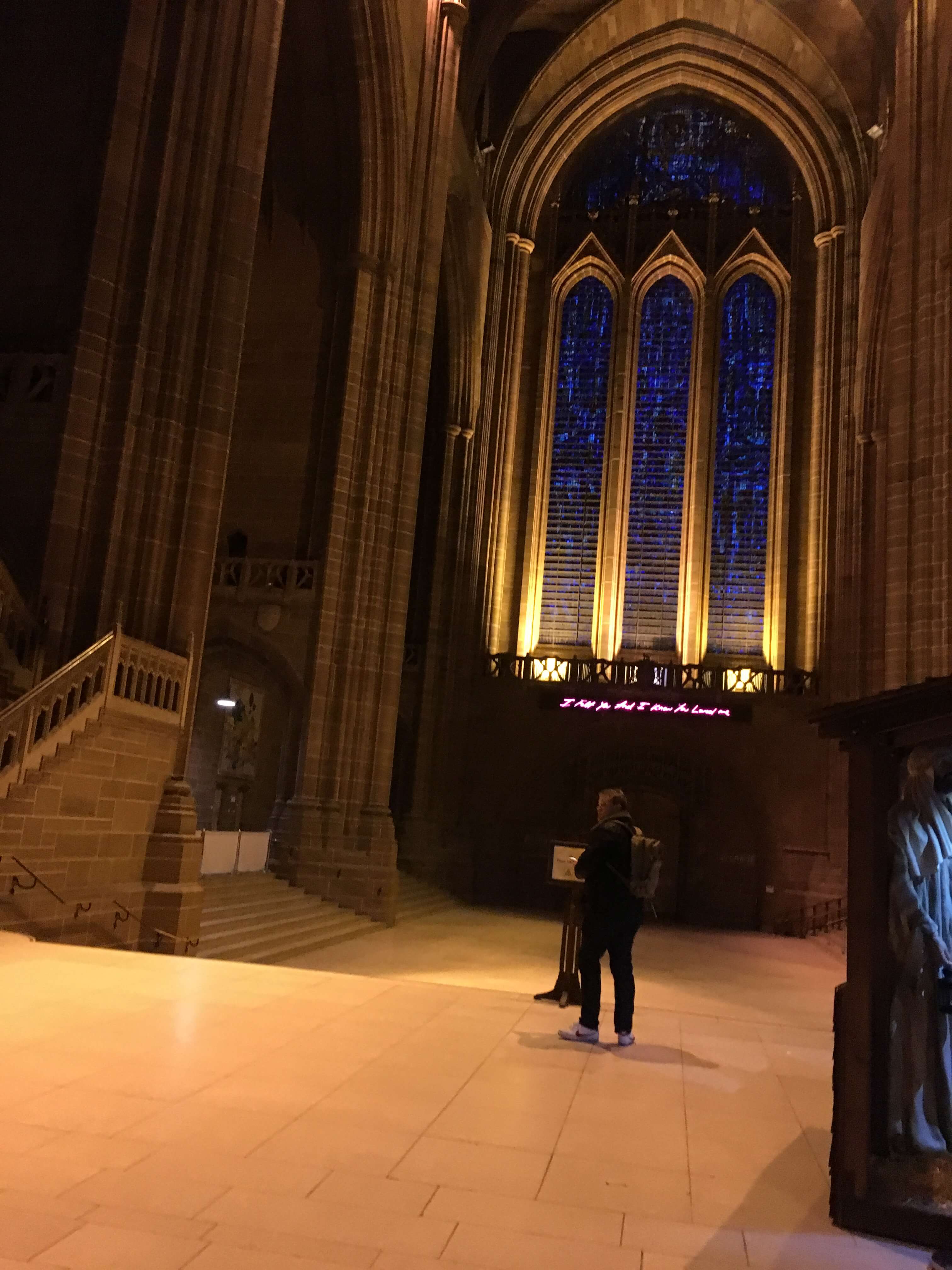 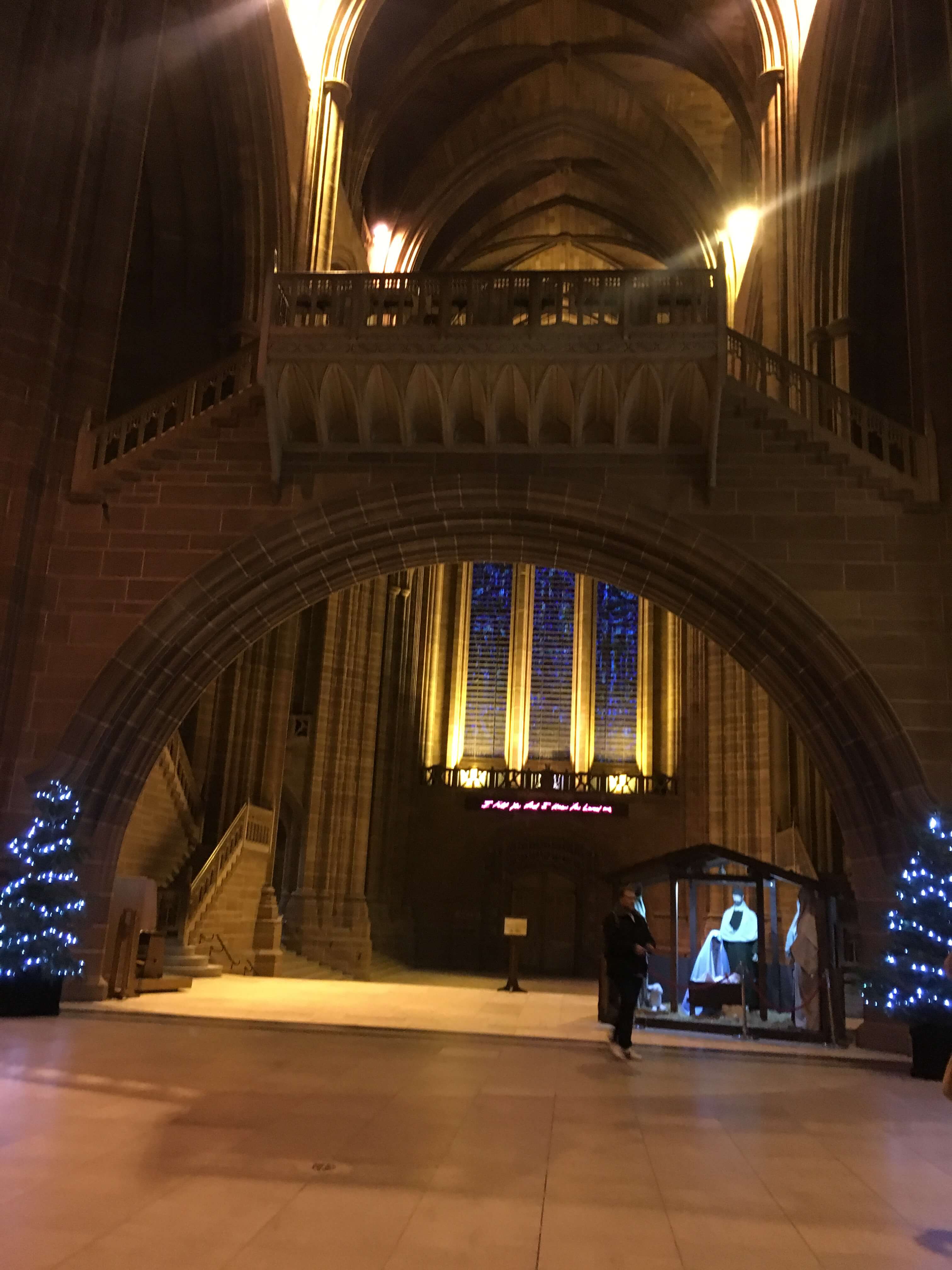 On my way back to London, the bus stopped off in Birmingham, which looked equally as exciting. Who knows, maybe I’ll end up writing a blog about Birmingham someday as well! 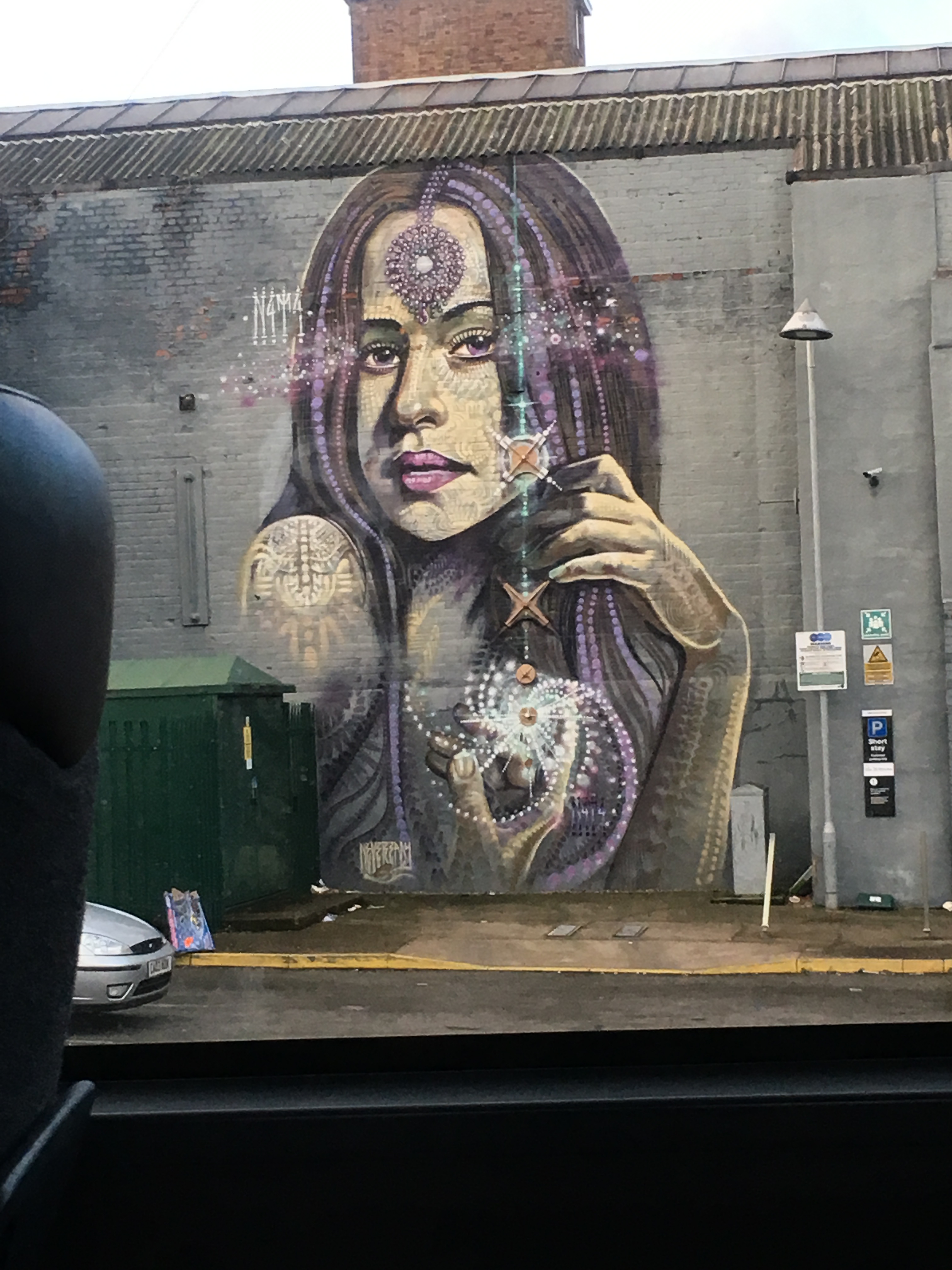 Christmas On My Own + Balancing School and Work