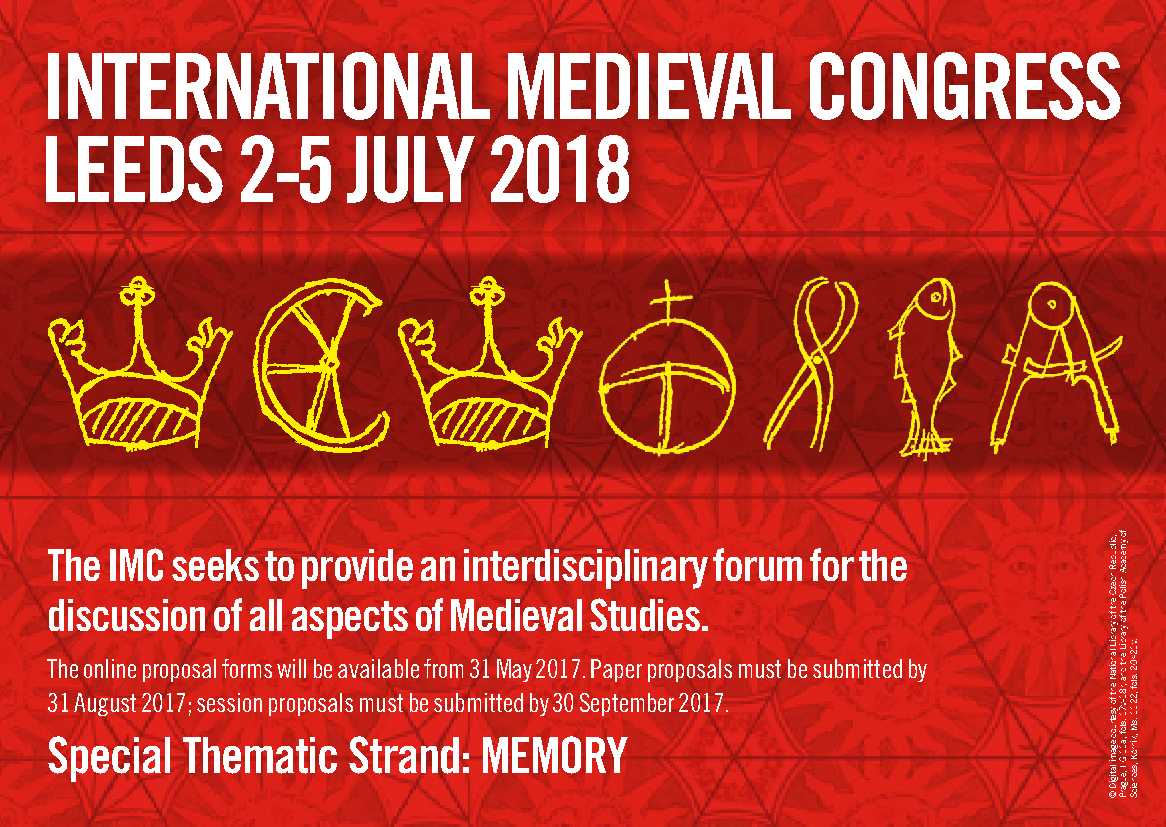 By Catherine Clarke, University of Southampton

This guest post is a write-up of the Anglo-Saxon Studies round table at Leeds this year, which I organised and chaired with my ‘Anglo-Saxon Studies Strand Co-ordinator’ hat on. There’s also a great discussion on Twitter, using hashtag #s401. Thanks to all who participated, in the room and online.

This round table session took the opportunity of the 25th International Medieval Congress (and the special thematic strand of ‘Memory’) to look back at Anglo-Saxon Studies over the past 25 years, and to look ahead to the future of the field. As a starting-point, members of the panel each responded to a paper title from the first Leeds IMC in 1994, reflecting on questions such as: How has thinking in our disciplines changed or developed since then? What conversations are continuing, and where have agendas shifted? The discussion also focused on the future of Anglo-Saxon Studies, and the challenges and opportunities we face. How can we better foster inclusivity and diversity? What new conversations do we need to open up? Where do we hope to see the field in another 25 years?

As you can see, this wasn’t a single-issue round table, but one with a very open brief. Speakers responded to it with real authenticity, each from their own perspectives.

First, Stewart J. Brookes (University of Cambridge) took us on a whistle-stop tour of Digital Medievalism (in its various incarnations, including ‘Computing for Medievalists’) from 1994 to the present, looking at major projects connected with Anglo-Saxon Studies, and how digital research and methods have become an integral part of our field.

Peter Darby (University of Nottingham) drew on his own research interests in Bede, and looked back to compare how Gregory of Tours and Bede featured in the first IMC programme. He noted that Gregory’s star had seemingly waned, while work on Bede was still prominent. This was picked up in discussion when early-career participants raised questions about the implications of working in either ‘canonical’ or non-traditional / ‘riskier’ fields in Anglo-Saxon Studies.

Adam Miyashiro (Stockton University, New Jersey) spoke powerfully about problems of racism and white supremacy and the co-opting of medieval symbols. He urged us to be pro-active in addressing and contending with these issues – the need to engage politically. Adam also asked us to think about the relevance of Anglo-Saxon Studies to the students we teach; the politics of our discipline, issues of cultural colonialism – and to act / respond.

Diane Watt (University of Surrey) reflected on some papers from the strand originally labelled ‘Women’s Studies’ at the IMC (now, in her care, ‘Gender and Sexuality’). She commented on how far we’ve come – but also how Ruth Evans’ 1994 feminist, post-colonial paper on Judith would still feel current if presented today (so perhaps we’ve not moved so far, yet?).

Megan Cavell (University of Birmingham) found no papers explicitly relating to animals or the non-human in the 1994 IMC programme, and only one reference to landscape. The natural world was very much subjugated to human concerns in these perspectives. She urged us to unpick and challenge notions of human exceptionalism. Megan also asked senior scholars to think about the future of our field – how can we create opportunities for ECR colleagues (eg instead of 3 years of research leave, we think about taking 2 and hiring a postdoc?).

Daniel Thomas (University of Oxford) looked back at the representation of OE sermons in the 1994 Leeds programme. Anonymous sermons were vastly outnumbered by Aelfric and Wulfstan – and he notes that’s still the case. He referred to the Consolidated Library of Anglo-Saxon Poetry project he’s worked on – important that it’s more the norm now to consider Latin and vernacular together.

Jennifer Neville (RHUL) shared her experiences of the very first IMC (she was there!). She commented that lots of the really ‘big names’ in Anglo-Saxon Studies were there. Is that the case now? Is the exciting work at the conference driven more by ECRs? The question of whether we need more engagement from the most senior scholars was a lively aspect of the following discussion. How can we support the future of the field?

– ‘Inter-disciplinarity’ now means something much more exciting! Used to be a historian talking to a literature specialist – now could involve Medical Humanities , STEM, etc (as Megan pointed out)

– If the Leeds IMC makes any move to reduce numbers, what could be lost? What ‘riskier’ work could be edged out?

– What are the implications of working in non-traditional / emergent areas of scholarship, as opposed to in traditional / canonical areas?

– What do we do about the name ‘Anglo-Saxon Studies’? Consensus that this isn’t a helpful name for our field, but no agreement on what could replace it (especially accommodating our multi-lingual, multi-disciplinary field)

Just as striking as the specific points raised by people in the room was the passion and emotional investment evident. Scholars at all levels care deeply about our field and its future. Despite some of the very serious issues discussed, the session included plenty of light-hearted moments and laughter, and also scholars being generous and kind to each other.

Scorched, Preserved, Erased: Manuscripts Connected to Christina of Markate and her Priory

Witness for the Prosecution? MS Sloane 3103 Takes the Stand