‘Reality is broken. Game designers can fix it.’ – Jane McGonigal

Video games have long been associated with escapism. This week I want to talk about video game narratives and their place amidst the Coronavirus pandemic. It’s no secret to my friends and family that I am an avid consumer of video games. I used to spend hours as a teenager, exploring various 3D-rendered worlds and characters on an old PlayStation console. I still do. Much like more traditional forms of story-telling, such as the novel or film, I become invested in the characters and landscapes of video games. I have been puzzled, tested and confused by video games. I have laughed at them, found happiness and joy in them. I have often cried at them. I still get excited by the release of new games. It’s actually how I have been passing my time in lockdown. I still devote hours of my time to the stories, challenges and people found within them.

Video games have not always been about creating compelling narratives . Old-school games such as Tetris or Pacman, the kind of arcade games that birthed the gaming industry, have little to no story to them. The very first video game ever to be commercially marketed, Pong, was designed to simulate table-tennis . These games were designed for simple entertainment or for skill enhancement. They were meant to be played, and that was the extent of the video game’s purpose.

Now, however, it’s rare to encounter a video game that doesn’t promise an epic narrative. Video games have shifted dramatically in their cultural significance. My love of video games is largely due to this focus on narrative: I love the transportive nature of video games. While novels and films and more traditional forms of narrative also have escapist qualities, there is something intrinsic about video games that enables a new form of escapism. An active escapism. Where novels and films tell stories, video games actively invite their players to engage in the writing of their stories. Their stories are not fixed. Player participation and decision making is often essential to the development of narrative. I have played countless games that track your gameplay style, be it through ‘karma levels’ or ‘choice’ events, altering the story outcome of the game based on these factors. Telltale Games’ The Walking Dead series is a prime example of this style of gameplay. 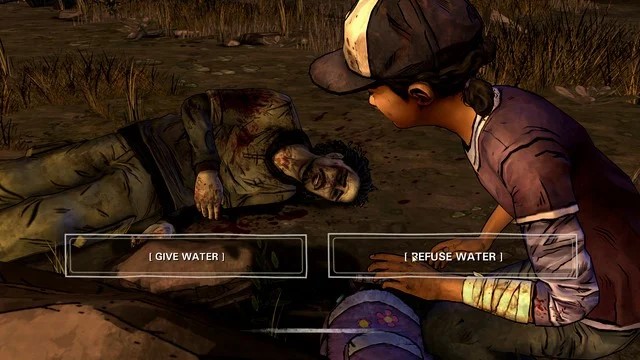 The Walking Dead games allow players to shape their own unique narrative, often faced with a variety of tough decisions throughout the game. These include opting for stealth-based action over something more overtly violent, disagreeing or agreeing with other characters and their plans, killing or sparing various enemies, and even choosing which of your fellow comrades to save from a hoard of zombies, and which one to sacrifice. Indeed, what video games do that other cultural forms often do not, is make the player an integral part of their story. They not only show the player a world or narrative different from their own, but transport them into it, lifting them – if only momentarily – from their own reality.

What is troubling, is when these epic narratives and foreign worlds bleed into our own realities. The Coronavirus pandemic has, for me, blurred these once-distinct lines between reality and game. Like the various literature that we have discussed in the previous weeks, video-games and their worlds have shifted in light of the pandemic. The derelict, overgrown cities of Naughty Dog’s The Last of Us are no longer as foreign. I have seen the same invasion of nature in my own city, during the Lockdown. Weeks passed, where grass was not cut and hedges not trimmed. My usual path to my local corner shop became shrouded by nettles. The bridge over the suddenly-quiet carriageway became tangled with weeds. Grass in the parks grew long. Concrete was less hard, less sharp, softened by green. Nature seemed to try and reclaim my city. Playing The Last of Us now, with its similar-looking world and climate, I began to see my own reality mirror the game.

The Last of Us is a dystopian-style adventure game, set in a world ravaged by infection. It follows two characters as they journey across the post-pandemic United States, scavenging for supplies and attempting to survive the masses of ‘Infected’ that plague the streets. Though our own reality, the Coronavirus and Lockdown, is not nearly as close to the apocalyptic setting of The Last of Us, it is also not as far away as it once was. The world that The Last of Us transports me into is now far similar to my own, then I would ever have thought; my source of escapism is no longer an escape. Rather, it grounds me, more than ever, in the circumstances of my own reality. This video game invites me to look at the possibilities of my own world. I see a likeness in the raided supermarket stores, in the broken shop-front windows, the looming fear of infection, in the quiet streets and over grown greenery. I’ve witnessed these scenes first hand throughout the duration of Lockdown. This is what the Coronavirus pandemic has done for my understanding of video games: it has brought them closer. These games now have the capacity to terrify me in new and unfamiliar ways, for I no longer think of them as strictly fantasy. As I said before, the lines between reality and possibility have bled into one another. 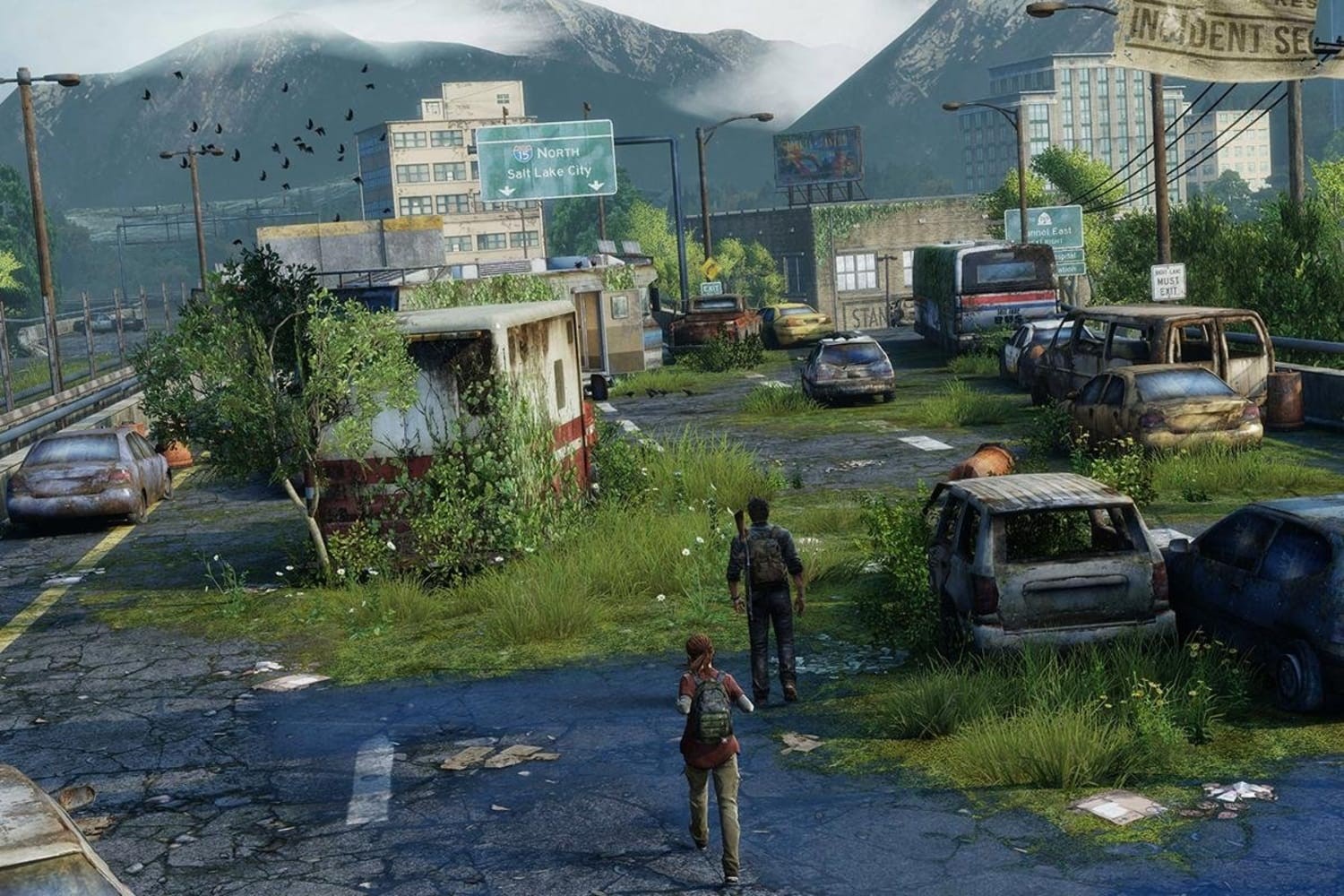 But as terrifying as this is, it has also stressed to me the significance of video games and their formative potential. In their intricately detailed landscapes and gripping narratives, they provide us with a ‘wealth of virtual experience’, the opportunity to ‘explore and learn and improve’ . Much like literature, video games hold up a mirror to our own world. When we are inserted into these virtual worlds, many of which are now so convincing thanks to developments in graphic technology, we are invited to consider our own world in contrast. Video games invite us to compare, to observe, to reflect. They allow us to explore possible futures in incredible depth, to feel our way through their narratives, to see and experience post-apocalyptic worlds. Certainly, in playing The Last of Us and games like it, I find myself considering my own future and the possible outcomes of the Coronavirus. I find myself asking: could this be us? Video games, as Jane McGonigal quite aptly puts it, ‘aren’t leading us to the downfall of human civilisation. They’re leading us to its reinvention’ . We need only be thankful that we can unplug our controllers and switch these terrifying worlds off. At least, for now.

1. Chris Hinton. 15 Great Games With Branching Decision-Based Stories. The Gamer. (2020)
2. Steven Kent. ‘And Then There Was Pong’ in Ultimate History of Video Games. Three Rivers Press. (2001)
3. Jane McGonigal. Reality is Broken: Why Games Make Us Better and How They Can Change the World. Jonathan Cape. (2010)
4. McGonical. Reality is Broken.

‘Can Ellie and Joel’s Adventure Continue?’ Source: What we want from The Last of Us 2, redbull.com. Copyright: Sony.