It’s August, and the temptation to simply lay down tools and ignore the world around us is strong. However, it would also be a mistake, since the world continues to turn and since some people are working hard on their campaigns for the general election next spring. 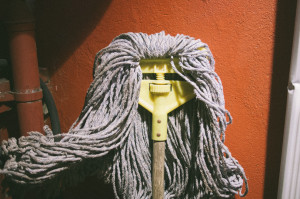 Last week, I wrote about UKIP and their preparations, but today my focus shifts to the Tories, who have produced their – metaphorical and literal – joker: Boris Johnson.

Johnson – as I’ll try to call him – has been teasing everyone with his will-he-won’t-he routine on returning to Parliament for years now: the consensus seemed to have been that he would, but he’d do it in his own good time. In retrospect, as Isabel Hardman notes, this was probably his last opportunity before the Scottish referendum and the general election campaign proper. All the statements about not doubling up on being Mayor of London put me in mind of Shakespeare (NB – that will be as far as my literary allusions will go).

From a European perspective, all of this matters, because potentially Johnson’s re-entry to the Commons would open up a strong possibility that he would become next party leader, should Cameron lose the election, which still looks more likely than not. To this extent, his view of the EU matters.

At the time of Cameron’s Bloomberg speech, there was much debate of whether a defeat for the Tories in 2015 would not, in fact, actually make a Brexit more likely: Cameron would be ejected, and replaced by a a less unambiguously sceptical leader, who might then campaign in 2020 on a platform of withdrawal. My own view on this has been that the 2001 experience – William Hague saving the pound – should give at least some pause to that approach, but it certainly is a view that has played on the minds of many people.

If Johnson is now in effect a contender for leader, then does this strategy still play out?

It’s telling that yesterday’s announcement came on the back of the publication of a major report by Johnson’ chief economic advisor on London and the EU. The report suggests different scenarios and argues that the best option is for the UK/London to remain within a reformed EU, followed by leaving it to pursue an international future, followed in turn by staying in an unreformed EU, followed by leaving and becoming inward-looking.

For many commentators pre-speech, the key take-home message from this was going to be that the UK could survive outside the EU just fine and that we have nothing to fear from Brexit. That is as maybe, but it ignores the preferred option, namely staying in and securing reform. It doesn’t take much reflection to note that this is also David Cameron’s position, and not coincidentally.

Johnson actually went further than Cameron and specified some areas for reform in his speech and it’s worth reproducing that section here in full:

This is actually all rather vague and mostly about the rhetoric aspect, rather than major reform. Johnson has long been a supporter of immigration – as is reflected in the report – which marks him out rather clearly from many in his party (not to mention Cameron himself), but taken as a whole, the list above is not such an inconceivable one to present to other member states, certainly in comparison with the kinds of things bandied about by the Fresh Start Group.

All of this really reflects on Johnson’s nature as an individual and as a politician.

One of the reasons Johnson has been as successful as he has is his ability to convince others that he’s on their side. One might cast this as pragmatism or as being a chameleon, but it has largely worked. Certainly, to read Sonia Purnell’s very good biography of the man, it’s opportunism writ large.

At the same time, Johnson is clearly no fool: Purnell repeatedly makes the point that he know full well what he’s doing and that nothing happens by accident, however it might look. To get the largest personal mandate of any politician in the UK (as his Mayoral profile helpfully points out) requires one to be an operator as well as a rogue.

For many in his party, Johnson’s return to Westminister will mean that Nigel Farage will be neutralised as a threat: a fighting fire with fire scenario. While this might work at the level of personalities, it doesn’t really work at the level of policy, even if both men are pointedly vague much of the time. Johnson might be more acceptable than Farage, but he will face an uphill struggle on the immigration issue.

All of which points to a future European policy of careful tacking; working to secure changes, and working harder to be seen to make changes. If we can imagine a Johnson-led government, then I think we’d find that in practical terms it would look a lot like a Cameron-led one, albeit with better mood-music. And that still won’t resolve the UK’s current problem, namely not knowing what it wants out of the EU. For that, we’d need to find someone else altogether.