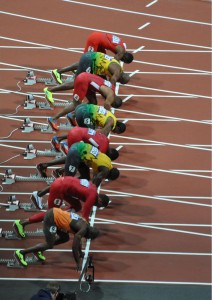 Christmas is always a tricky time for politicians: on the one hand, everyone’s packed up for a break after a long autumn, but on the other, there’s usually something that needs urgent attention, like a flood. However, on balance this Christmas past has been generally quite quiet on the referendum front, before bursting back on front pages this week.

Tempting as it is to write about Cameron’s decision to give the Cabinet a free vote in the referendum, there’s little to be said. There has never really looked to be a good alternative position to take on this, especially given the folk-memory of the 1975 campaign, where the free vote produced all kinds of positive effects for Wilson. Faced with a front bench strongly determined in its views, Cameron’s best hope is that none of the senior team will want to take a very visible lead role with the Leavers, in case it damages their prospects for the Tory leadership contest that must be held in the next couple of years.

Likewise, much as the mini-drama of Nigel Farage’s ‘assassination attempt‘ (to be clear, someone trying to kill him, rather than vice versa) trundles on, it merely underlines the marginal position that UKIP find themselves in of present. The poor state of Carswell-Farage relations does not help in this, but more generally the party has yet to find its groove in the way that it did during 2014-15: that might not be so important in the referendum context, but certainly matters for the next cycle of local elections, where a strong performance is going to be essential.

Which brings us to one of the more marginal developments, namely the Labour reshuffle: shuffle being the operative word, given its (lack of) speed.

The broadly accepted reading of the reshuffle was that Corbyn wanted to exert some authority over his shadow cabinet, removing those who had spoken against him or his policies. However, after the protests at the removal of Michael Dugher at Culture, the whispers about replacing Hilary Benn as Foreign Secretary seemed to stop, along with any clear direction about what to do. Finally, Benn stayed in post, but Pat McFadden was taken out of the shadow Europe minister role, followed by a couple of other junior roles resigning in protest. Together with the changes at Defence, to bring a more Trident-unfriendly team, it has been foreign affairs that have taken the main hit of change.

Even if European policy has not been singled out as a point of contention in all of this – instead, Trident and security issues have been the bones of argument – then that policy is likely to suffer. Indeed, the willingness to replace McFadden, who was widely seen as being effective in his role, with Pat Glass, chair of the pro-EU group in the party, suggests no issue with working towards a Remain position in the referendum, but rather a lack of intra-party mobilisation on the referendum at all. The debate about whether Benn has been ‘muzzled’ by Corbyn has principally focused on security, but the scope for disagreement after the end of the EU renegotiation is also considerable.

In short, Labour look like a party that is studiously avoiding the referendum right now. And that matters if Cameron is serious about trying to wrap up a deal in February.

Whether he can achieve that is very up in the air. The Polish suggestion that they could accept limits on free movement in return for support for a NATO base was probably more about Polish concerns about rebuilding some support in the EU after the installation of the PiS government, and indeed everyone seemed to step away from the reports when pressed, but it potentially opens up a new phase of discussions. Given the need for unanimity, every other member state has a strong incentive to name a price for agreement and that incentive only increases as other make their demands.

As White Wednesday noted yesterday, odds on a summer 2017 vote have shortened considerably of late, so many punters remain to be convinced that speedy resolutions are at hand. Given the track record of the government to date, such a delay is not at all unthinkable, even if it comes with some very dubious benefits.

Whatever’s happening, there is a sense that things are picking up some speed: both sides are getting into the swing of campaigning, with videos, joint op-eds and the rest. To that list I will also add my own news, namely that during 2016 I will be a Senior Fellow of the ESRC’s “UK in a Changing Europe” programme, working on the campaign materials around the referendum, as well as more generally trying to help inform the public debate. There’s a lot planned, so I’ll keep you updated about events as we do.

What Star Wars tells us about the EU referendum

Who can you trust on the EU?