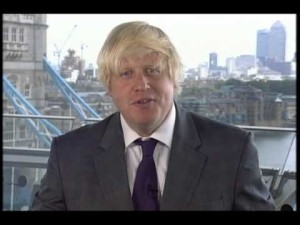 Is it really only a week since the European Council?* Since then we have had so much debate, about the settlement, about whether it’s legally binding, about Boris, about who’s a Remain-ian and who’s a Leaver, some more about Boris. Dave’s all pumped up and we’re all good to go. And yet I find myself thinking ahead, to the next referendum.

Maybe we need to have a bit of run-up to this, because otherwise it might not make much sense for me to be like this.

Firstly, the deal itself. There are plenty of good summaries out there, so I’m not going to go over that ground again, but instead I’ll dwell on a couple of points. Most importantly, this is a very specific deal for a very specific situation. As the conclusions make clear, nothing happens until the British notify the Union that they are staying in. Even when this happens, the key operative parts of the package are the submission of legislative proposals, which might take years to get through the process, and will be subject to amendment and challenge by the European Parliament and the Court of Justice. And even if this does all happen, the deal is very clear that this sits within the current treaty principles and framework: it’s not a fundamental change to British membership, but a fleshing out of all member states’ margins of flexibility.

None of this is to deny that it still does what Cameron needs it to do, namely provide him with the requisite piece of paper to wave about, setting the UK on the right course for a happier and more fulfilling membership: its mere existence is enough to strengthen his hand with the electorate quite considerably. Hence the Leavers’ determination to discredit it as much as possible while anyone still pays attention to the detail.

But there is an intrinsic danger in all of this. The dice are loaded to create a future impasse.

If we look ahead, then we might imagine a future where the UK has voted to remain, and then some aspect of the package fails to happen (probably the safeguard mechanism on on-work benefits, which looks closest to infringing non-discrimination provisions in the treaties and to hacking off other member states). What happens then? Does the Union simply say that it has discharged its obligations to submit the legislation (which it technically has done) and sorry, but that’s how things go? What does the new Tory leader (and very possibly the current prime minister) say to that? Even if they can live with it, they will have a party that will be deeply unhappy, with a number of those who went with Cameron on remaining this time around now saying that they will now fight against the perfidy of the EU. Cue crisis talks, emergency summits, threats of a second vote and the rest.

Even if the package does get through relatively unscathed, it does not change anything fundamental in the relationship and without some extended period of positive and constructive engagement from Cameron’s successor(s) it’s not hard to see all the pressures that he has faced continuing to work, especially if the June result was close. Something comes up (as it does) and we fall back into a new version of the BSE crisis or demands for a more meaningful renegotiation.

And then there’s what we would now have to call the ‘old-school’ or Johnsonian model of two referendums: vote leave first time around to secure a better deal the second time.

Boris’s track record on European integration has long been sufficiently instrumental (as opposed to principled) that I’m happy to admit that I called it wrong on him: I thought he’d judge it too big a risk to back Leave if that stymied his efforts to become party leader/prime minister. As others have noted, his writings down the years have contained more than enough instances of supporting membership for his entry into the debate to be more complicated than any other major figure. But he does seem to genuinely hold on to the two-vote strategy as a way forward.

In all of these paths, a second vote looks like a dubious option. On the European side, member states and institutions (including the EP (from 14:55 on)) have tried their hardest to signal that they will be very much less understanding than they have been this time (and reflect for a moment how accommodating they have been this time). As much as possible, they want this to be a one-shot situation, not to be repeated, either by the British or any one else. Maybe this explains why any side-deals by the British that were alluded to over the past months have been outside the EU framework: support for NATO stationing and the like.

On the British domestic side, a second vote would have to take place in even less propitious circumstances than this one. The government would be doing it more in anger than Cameron’s sorrow, pushed by events and a perceived failure of this round. The public and the media would be less willing to accept narratives about building influence and making things better, especially if no second settlement were to be produced (almost certain if there was a Remain vote this time).

At one level, this is a very European ‘crisis’: poorly defined, yet pressing problem; improvised solution; fudged implementation; critical edge taken off the problem, but underlying dynamics still in place. You can see the same thing with the eurozone, with refugees, with Russia. The EU might be a problem-solving mechanism, but it’s a very messy one too.

The danger for the Union is that at some point it gets caught off-balance: something unexpected occurs and there’s little that can be done. None of the scenarios I’ve outlined is particularly implausible – certainly no more than a member state of over 40 years’ standing deciding it needs changes to its terms of membership – and yet it’s hard to see how the EU could respond to any of them in a way that would allow it to maintain the status quo.

Aggravating this is the sense in the British debate that the costs of exit aren’t that high; that a deal can be done and an accommodation found. If you want a good expression of that, look not to Boris, but to Michael Gove, who gave a very measured interview yesterday. Even if there are costs, people might decide that it’s the ‘right thing to do’, however inchoate their views might be.

Ultimately, the issue comes back to the failure to create a genuine public debate, in the UK or the EU more generally. Whatever the arrangements that states form between themselves, they need to be underpinned by some sense of popular legitimacy, otherwise they will be no more stable than any of the various efforts tried over the centuries. Right now, it feels like we’ve got more painful discussions ahead of us, whatever we choose to do.

*OK, technically it’s not a week, but it’s nearly a week: consider that my artistic licence.

What the #EUref campaigns say: 19 Feb 2016 Negative campaigning and what groups talk about