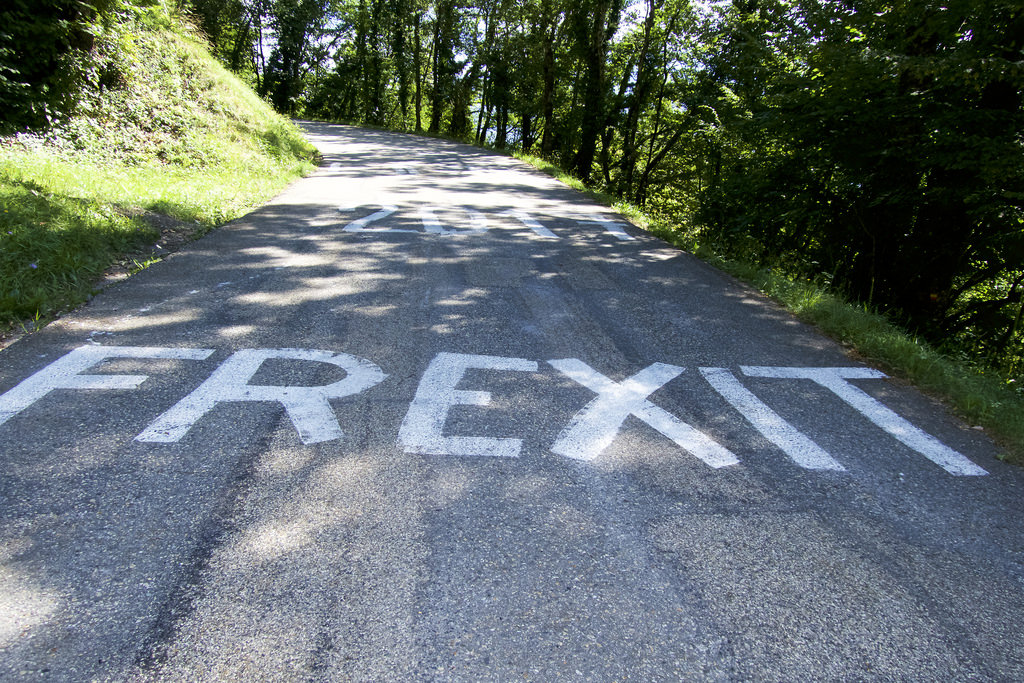 I’ve spent the day down at Sussex, talking euroscepticism and Brexit with a highly-informed group of colleagues. As our debate ranged over a wide terrain (see my live-ish tweeting here), several questions kept recurring, first and foremost of which was whether the UK was a special case, or a potential model of Eurosceptic activists to follow.

As you might expect in an academic setting, opinions differed, although partly this came down to definitions (again, academics).

Unusually, I found myself at one end of that range, arguing that there was a high degree of transferability inherent in Brexit, while others took the view that there was so much that was specific about the case that it rendered any mimicry both theoretically unlikely and practically impossible.

The argument here is that the use of a referendum to secure withdrawal from the EU is simply not an option in other member states, be that due to constitutional constraints or the use of referendums within a polity. Clive Church rightly pointed to Switzerland as an example of how all the advantages that Leave were able to gain in the UK would not apply, from the absence of designated lead groups to the lack of purdah and the citizens’ initiative pathway to holding a vote.

Others pointed to the structure of party politics, the additional complication of Euro-membership, the absence of a strong and critical media, or the framing of European debate within a country as reason to doubt that the success of Leave could be replicated. Indeed, listening to Matthew Elliott speak, almost of the critical junctures that he saw were ones that spoke to the particularities of the British system: Boris Johnson’s role as a spokesman to the middle ground, the Sun’s endorsement, and George Osborne’s punishment budget, to pick just three.

As Nick Startin noted, while last summer saw a massive proliferation of neologisms – Frexit, Dexit, Swexit, etc. – none has caught, because none has triggered a comparable groundswell of action comparable to that found in the UK.

All of this I accept and agree with, but also suggest is beside the point.

Ultimately, we can view Brexit as a relatively empty signifier: it means pretty much what you want it to mean.

However, where it is not empty is in establishing a new potentiality for political action: the potential – indeed, the reality – of leaving the European Union.

I’ve been using the metaphor of an ice-breaker when I talk about this: the UK has broken a new path that was not there previously, which others can chose to follow to. It broke that path with a particular set of tools and circumstances, but others do not have to use those same tools.

Indeed, the key point is precisely that each national situation will be different and will change over time. It will depend on constitutional, institutional, political, social and economic factors, not to mention the role of key individuals (this isn’t meant to be exhaustive, but rather to illustrate the profound variability involved).

However, one goes about it, the existence of the UK as an example of a country that has gone through to the same destination provides a validation. In fact, I’d go further and argue that through its example the UK will show both how to and how not to go about leaving: as Article 50 unwinds, so costs and trade-offs will become clearer to observers, suggesting ways to mitigate. No longer will leaving be a theoretical noodling, but a concrete reality.

Of course, in all this there is another question, namely whether any other Eurosceptic movement in the EU wants to leave. Fittingly, with both Aleks Szczerbiak and Paul Taggart in the room, there was reflection on the balance of hard and soft euroscepticism. If the UK hard element had managed to reach deep into the mainstream – to use Paul’s idea – then it is important to remember that the hard element is not always present elsewhere.

This matters, because even if exit is now possible, it does not mean that others want to do it. Indeed, the hallmark of euroscepticism elsewhere has been that it seeks reform, rather than rejection.

On this, I am less certain, but I would suggest that one possible effect of Brexit will be to make harder positions more attractive than they have been to date. As we move into a medium-term perspective on Brexit, so the chances that the UK looks successful enough for someone to claim leaving was A Good Thing will increase.

Similarly, if the EU looks to be unable to accommodate reform – in either a usual, mainstream, way or a more radical direction – then the soft option will look less credible. In short, the balance of the perceived chance of success of hard and soft positions might move in the former’s favour.

Of course, this is in the future and, as also came out today, there is more volatility in politics than for quite some time. As such, we should be hesitant about what we think might come.

With that in mind, we really only wait and see whether the Brexit baton is picked up by anyone else.

How to get what you want from Brexit