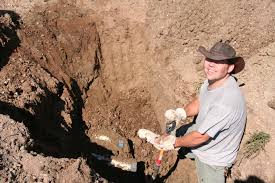 A good rule of thumb is that when you’re in a hole, you stop digging. Unless, of course, you’re in the tunnelling business.

The British government is very much not in that line of work – such things being outsourced – so the rule would seem to apply in spades.

And yet is spades that the Cabinet appear to be holding in their hands, as the series of speeches on Brexit continues this week.

So what’s going on?

The first observation is that none of the speeches to date – Johnson’s, May’s, Davis’, Gove’s – have really said anything new. They promise bright futures and underline common interests with European friends, but they lack substantive detail on how to get to these sunlit uplands. Read in soundbites, one can find evidence of whatever one likes, as well as whatever one doesn’t.

Given that this cycle of speeches was pitched as a moment of revelation and clarification, the lack of a road map will continue to concern those involved in the Article 50 negotiations, especially as we move towards next month’s European Council, where progress will have to have been achieved on a number of points.

The mutual inconsistency of the speeches – e.g. on state aid, or on deregulation – points to the on-going lack of consensus in Cabinet, which tomorrow’s Chequers meeting is unlikely to resolve.

All of which brings us back to the opening observation on holes.

Prudent politics would suggest that at times of uncertainty, the default option should be to avoid making rash decisions. Better instead to find a holding position and wait for things to change – as they always do – and hopefully become less fraught.

(Clearly, there’s also the maverick school of thought, which pushes for radical action in periods of uncertainty, but this has to be grounded in profound self-confidence, some kind of justifiable pay-off, plus a sense that holding isn’t possible. Neither the first nor the last of these would appear to hold in this case.)

The effect – if not the object – of Cabinet’s indecision has been to create a holding pattern, visible in several places.

Most obviously, the lack of push-back on a stand-still/’full monty’ transition is a particularly pure expression of this. Take the UK out of the EU, but keep everything else in place. Even the mooted intervention from Davis today on a mechanism to indicate displeasure with new regulation during this period is a minor point in comparison to the rest of the package, with the UK becoming a rule-taker.

But it’s also to be seen in the shifting rhetoric of various Cabinet ministers. There is much more talk now of gaining the power to diverge from EU regulation, rather than actually diverging. In this world of alignment, there is a growing assumption that the UK will remain aligned unless it chooses to de-align, rather than implementing a new framework from the get-go. Even the obvious exception to this, agriculture, is set up to stick to CAP rules until the end of 2020, and is a relatively self-contained area of regulation: moving to a UK agricultural policy will not necessarily require similar shifts in other parts of policy.

Again, as I’ve argued before, it might be that for immediate political purposes in the UK, it will suffice that the country leaves the EU in March 2019, and then a new period will begin in which government can work out a long-term plan for its EU policy without quite the same pressure.

Indeed, by pumping out the contradictory messages contained in the speeches of late, it can hold off different factions until there is simply no time to plot another course.

The danger in all this is that it is not a given that present confusion and uncertainty will be replaced by future clarity and security. Rather, trying to keep things the same represents a rather precarious path.

That precarious nature is not so much intrinsic to the EU side – in broad terms, having the UK as a (literally) silent partner looks pretty good – as it is to the UK side. Paying into the budget, taking all the rules, obeying all the ECJ judgements, continuing free movement: each one is a red rag to eurosceptics, who would not struggle to find sympathetic media outlets to spread their message.

Since any agreement on ‘not digging’ is likely to have clauses about the ability of either party to withdraw from that agreement, a new contest risks springing up in the UK about making use of those clauses: most obviously, it would become a key cleavage in the 2022 general election, especially if transition has been extended.

Not making a decision is an often-overlooked option within negotiations. But leaving a decision for now should not be the same as ignoring it for good: there is always a reckoning to be had. To think otherwise is foolish at best, fatally damaging at worst.