If you’d asked me back in the spring of 2017 whether there’d be long periods of inactivity in the Article 50 process, then I’d have said no. The agenda looked so full, and time was so short, that I doubted that even the traditional closing of the shop in the Brussels summer would be able to happen.

Hence my surprise to be presenting you with another month of updates with very little to show. The UK has got caught up in a proxy war over customs arrangements, which has produced little more than a deeper sense that the government still doesn’t know what it wants or how to get it. The EU has kept Article 50 talks ticking over, but now largely has to wait on the political settlement to kick in before it can get back to technical work.

The upshot is that the main development to note is that there hasn’t been a development and that, as such, the chances of a no-deal outcome have increased again: June’s European Council looks increasingly like it’ll not be able to mark substantial progress on the Irish dimension, so maybe it will be a hot summer after all. 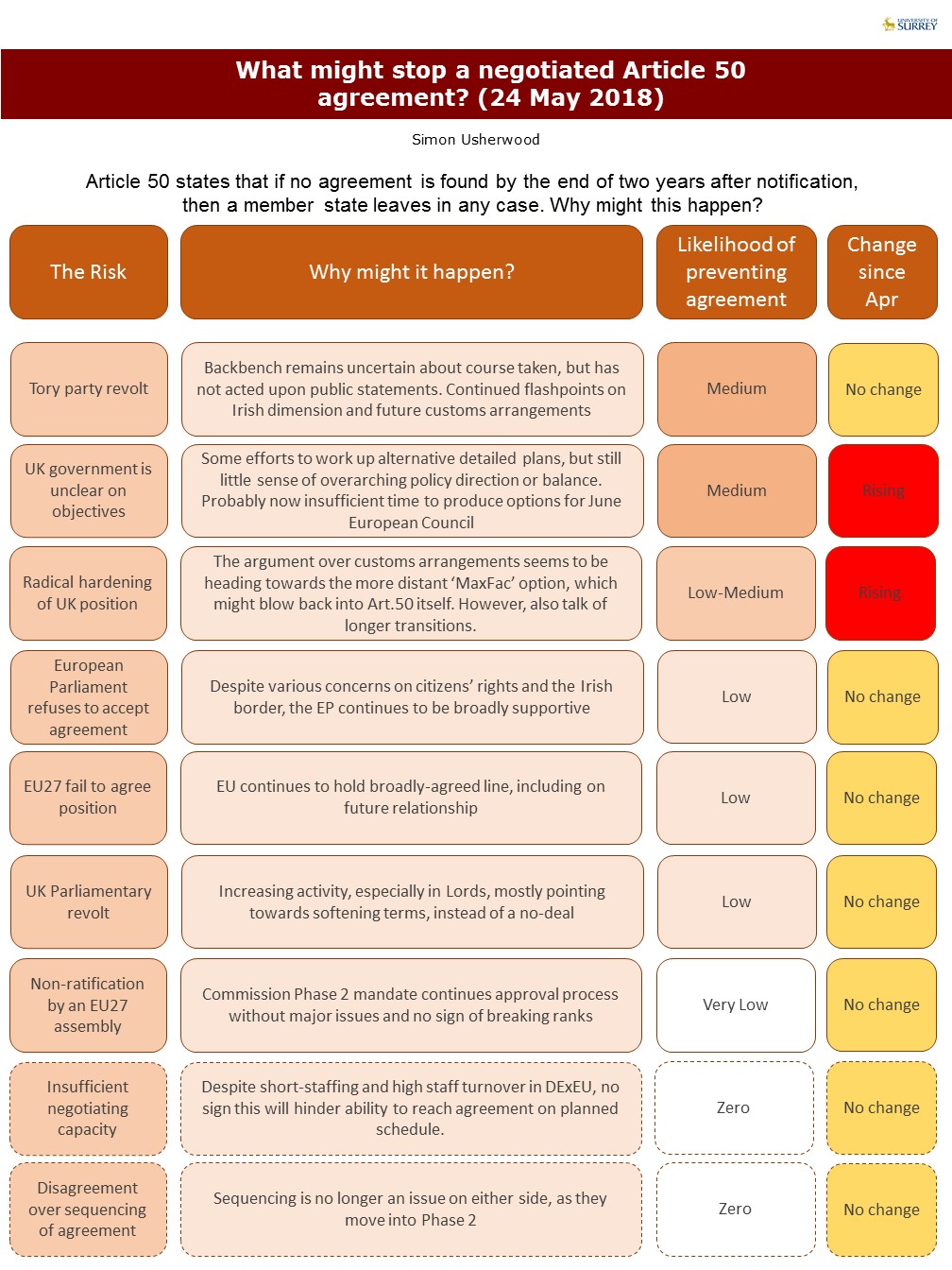 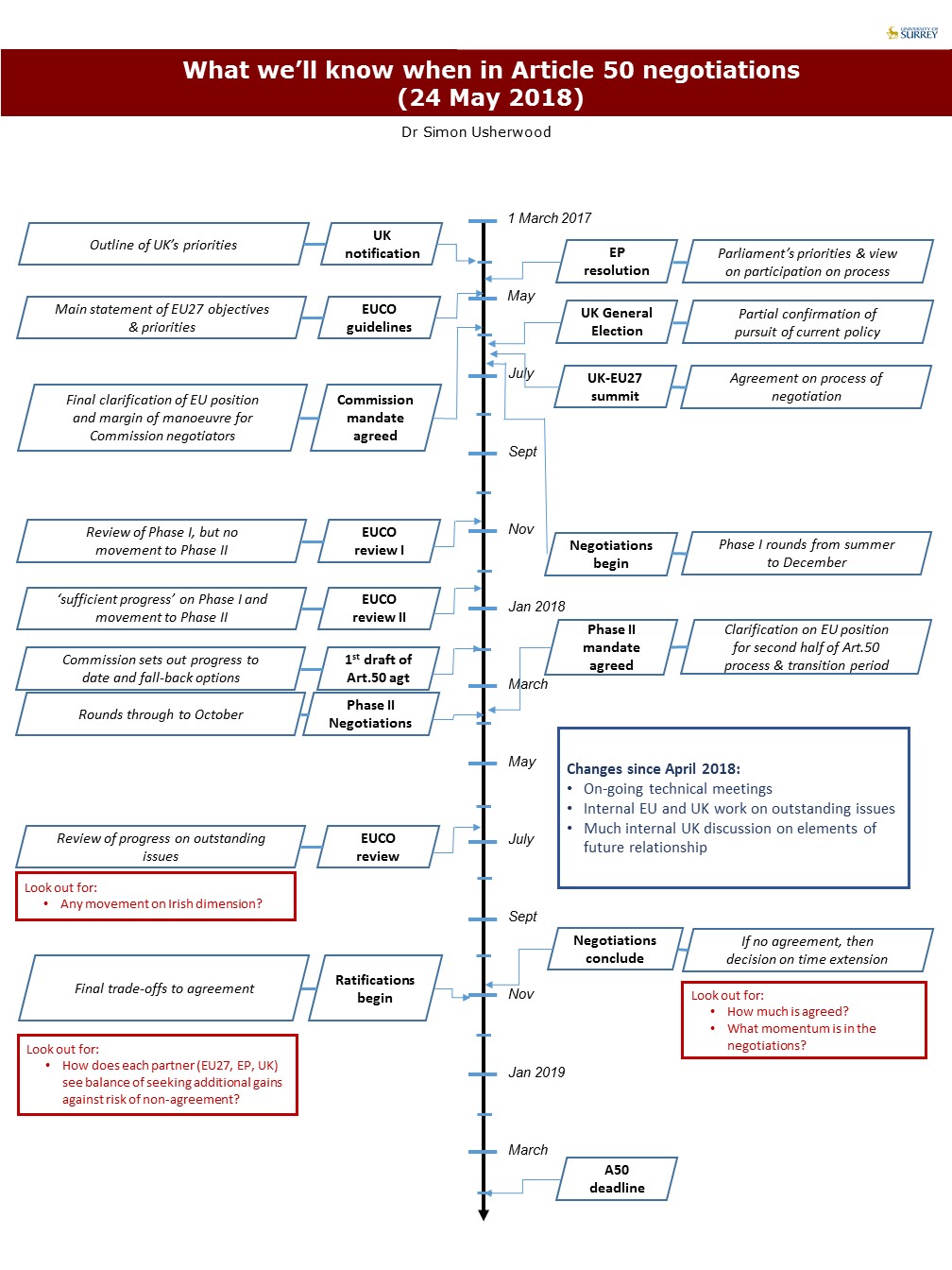 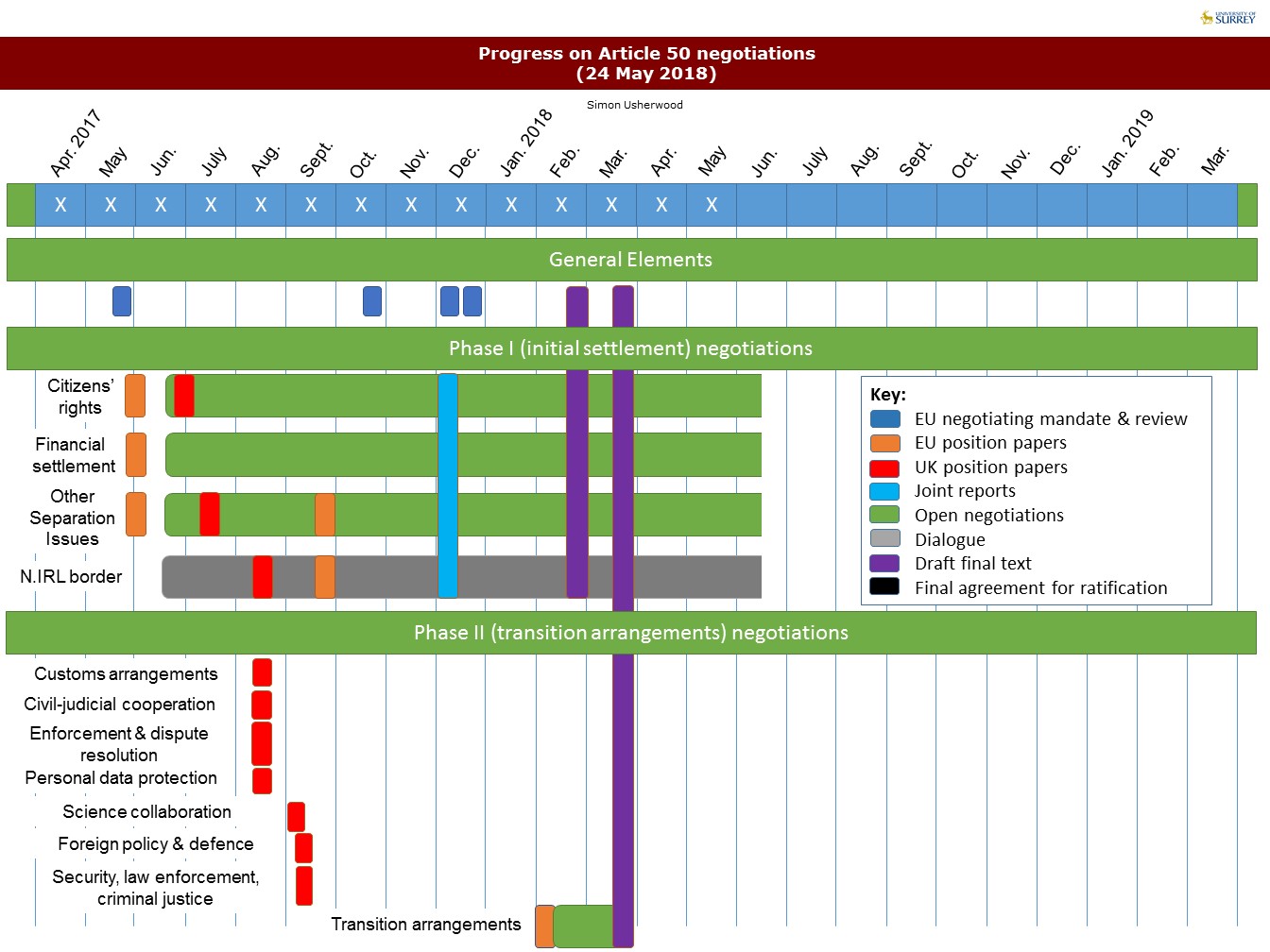 Europe, Britain and the Iran Deal: Back to The Future?

Tell me what you want, what you really, really want