This piece was originally published by Globe and Mail. 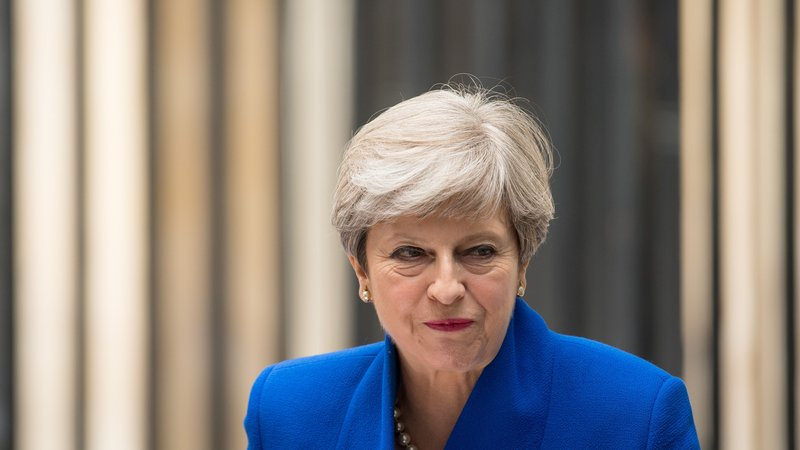 Last week, Theresa May attended an event for International Women’s Day. Nothing surprising in that: one of the world’s few women leaders, speaking on an important topic to an audience of the Westminster great and good, including many MPs.

What was surprising was she didn’t do. Presented with an opportunity to bend the ear of a considerable number of people on the verge of voting for (or against) one of May’s most important pieces of legislation, she left as soon as she’d finished her speech.

And this sums up one of Theresa May’s problems as a leader: she leads by telling people what she’s decided, rather than involving them in the process of making that decision.

It also explains a key part of why the UK is in the impasse that is it right now, following yesterday’s heavy defeat (again) of the Withdrawal Agreement.

For a long time, May’s closed style of decision-making worked well for her. Her implacable nature when faced with difficult situations helped her to become the longest-serving Home Secretary since the 1950s, a position fraught with endless challenges and little public reward. Before that, as Conservative Party Chair, she had told her colleagues some home truths about how they were seen by voters, but in a way that spoke tackling the problem and respecting their core values.

A safe pair of hands, then. Just the person for the job of guiding the UK through the shock of Brexit.

And that seemed fair enough at first. May’s calm and her resolve seemed to make up for the intrinsic absence of substance in her oft-repeated phrase “Brexit means Brexit.”

But has looked less and less suitable as time has gone by.

Most emphatically, the decision to call a snap general election shortly after triggering the formal process of leaving the EU in spring 2017 demonstrated the May’s decisions might be firm, but that do not mean they were always correct.

The debacle of that election campaign fatally compromised her position with the party and made it very harder to pursue her plans, not least because she now had to rely on the Northern Irish DUP to get her majority in the Commons.

Those problems would have been difficult for any prime minister, but May has continued make life even more challenging for herself by not taking the opportunities that have presented themselves to her.

Most crucially, her decision to work her base with her Brexit plans meant losing the scope to reach across the aisle and develop a cross-party approach that might have been more durable. It also left her very much at the mercy of her increasingly-disruptive backbenches.

All of which has led to yesterday’s vote to reject the deal once more.

While the success in being able to conclude any agreement on the terms of leaving the EU should not be under-estimated, it was conducted without efforts by May to bring all the wings of her party – let alone any other party – along for the negotiations. This has continued through several significant pushbacks in the Commons and has made it very much easier for backbenchers (including growing numbers of former ministers) to rebel.

Indeed, it is evident that the votes against the Withdrawal Agreement this week owe almost as much to it being ‘May’s deal’ as they do to any aspect of its contents:

This might not matter so much if May could rely on some clear structural power to pursue her agenda. But as the frantic efforts last week to unearth some small concession from the EU have shown, May has neither that power nor that agenda: even if she can secure agreement from Parliament that the UK shouldn’t leave without a deal and should ask the EU for an time extension, there remains no sense at all of what that stay of execution would be used for.

To underline this weakness, consider this: rather than try to whip her party on the matter of leaving without a deal, May has opted instead to have a free vote, hoping this will be more likely to generate the support she is looking for. Perhaps she might have spent some time making connections when she had the opportunity.

Crisis management needs cool heads, but Brexit has always been much more than a crisis: it is a moment of national debate and redirection. The failure to effectively communicate a vision of what she wants the country to look like, or to say what its role in the world should be, has made it much more difficult to then persuade her colleagues in Parliament to accept compromises today, for a better future tomorrow.

But the failing has not been May’s alone. Her party has suffered her all this time in part because no-one else wanted to take on the heavy responsibility she has carried with resilience and determination. Their self-interest has left a weakened leader weaker still. Whether she can now secure her goal of getting the UK out of the EU with a deal remains to be seen.

The Millwallisation of May’s Brexit strategy