Hello everyone, I’m Lily, from Austin, Texas, studying Theatre and Performance here at the University of Surrey. Studying in the U.K. was never really a part of my plan, but life has a funny way of telling you what it wants you to do, even when you’re pursuing something completely different all the way across the world. 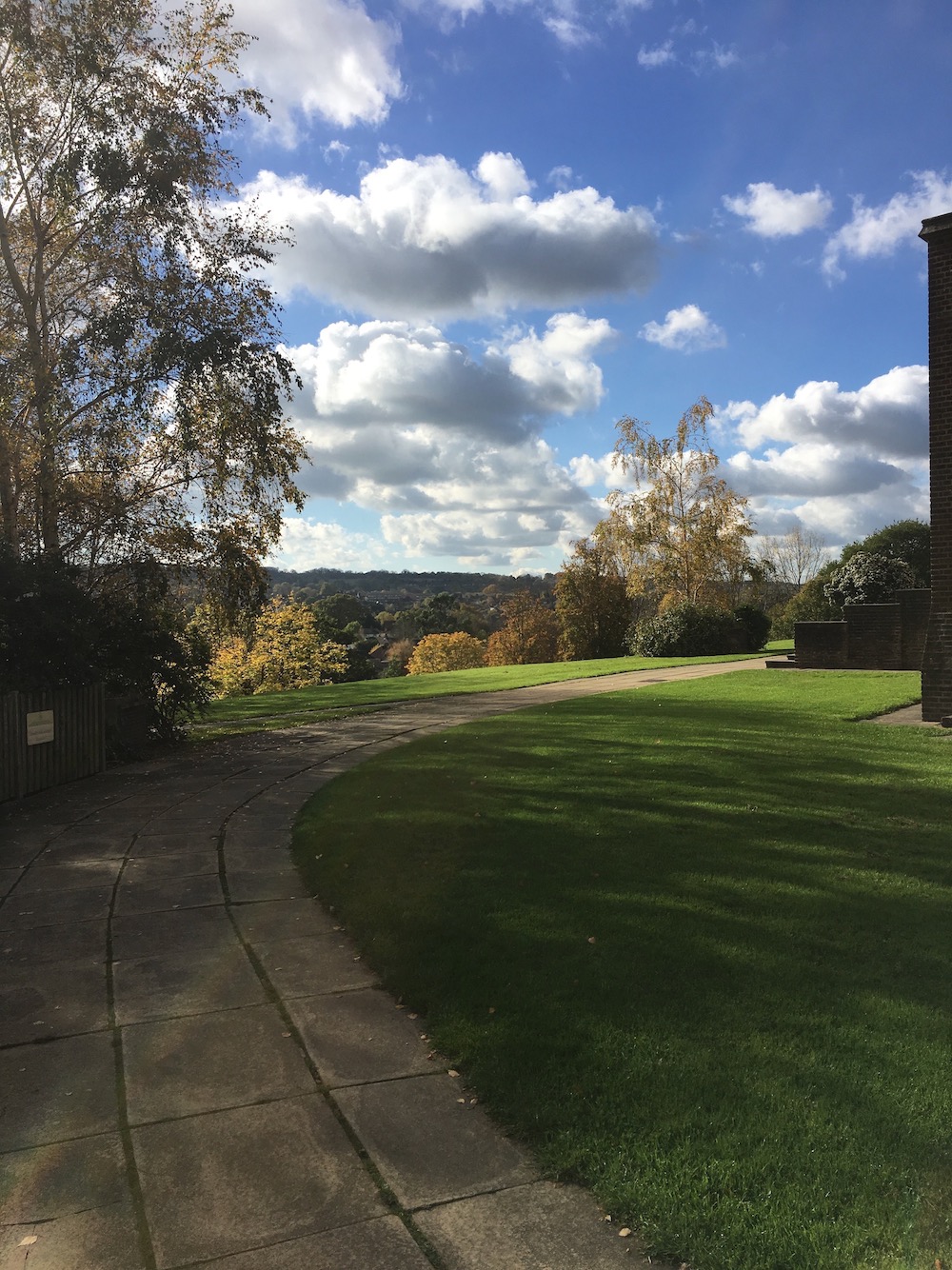 Not always raining after all

When I left high school, I started college at Columbia University in New York City, studying English and Film. While I loved my classes and fell in love with the city, I came to realize that the U.S. university system just wasn’t the best learning environment for me. I had worked hard in high school and I am very passionate about learning, so grades weren’t a problem. It was just the whole approach to academics and to college life in general that I found to be at odds with what I was looking for in a university experience. (In a later post I’ll go into more detail about the differences between the U.S. and U.K. higher education systems and why I chose a university here rather than the U.S.) At the end of my first year, I left Columbia, and went back home to Texas, where I began researching schools in the U.K. I knew I wanted to be close to a city, but having grown up on a farm, I knew I needed wide open spaces close by as well. Weather was a big factor for me, as New York winters can be a bit nightmarish for a month or two, and although I don’t mind the rain much, I really wasn’t wanting to endure another Snowpocalypse. And, of course, I wanted the best education I could find.

I chose Surrey because it ticked all the boxes. Not only is it just 30 minutes from London by train, but the surrounding countryside is some of the most spectacular I’ve ever seen. It might surprise you to hear that the weather isn’t as bad as it’s cracked up to be either. It rains, but it’s rarely an all out downpour. And it’s rarely cloudy for more than a few hours at a time. As long as you’re prepared to layer up and carry an umbrella with you just in case, the weather won’t affect you much. And I say this as someone who thrives in 90ºF temperatures year round. It’s a bit of an adjustment, but I’ve really come to love the cloudy days.

As for the academics, I’ll go into much more detail in posts to come, but I chose to study Theatre and Performance, which is part of GSA (Guildford School of Acting), yet another one of the University of Surrey’s gems that you might not even know existed, and I can confidently say that my classes here are exceeding my high expectations. Not only are all the lecturers incredibly friendly and eager to help, but they are passionate about their subjects and about teaching.

More on all of that later.

The Differences Between U.S. and U.K. Universities