Over the years there have been many performances at University of Surrey and Battersea Polytechnic, some by the students themselves, some by professional performers.

This post delves into the University Archives to discover just who has performed at the Polytechnic and University throughout our history.

And there have been some interesting discoveries!

Musicians and comedians often set out on the gigging trail when they are starting out their careers and trying to build a support and often Universities (and the polytechnics) are high on the list.  As a result there have been many people coming to Surrey, and some – if they are really lucky – go on and become pretty famous in their own right.

Here are just some of the performers that have come to Surrey, using the student publications of the time – Bare Facts. 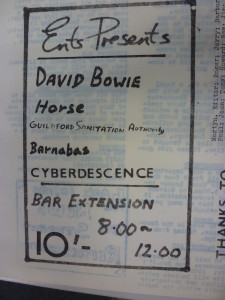 David Bowie Performed at the University of Surrey in 1970 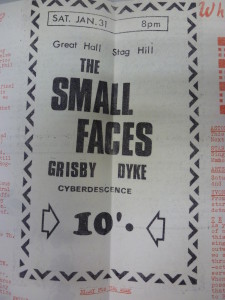 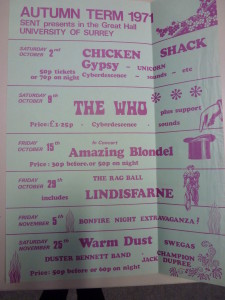 The Who Performed at the University on 9 October 1971 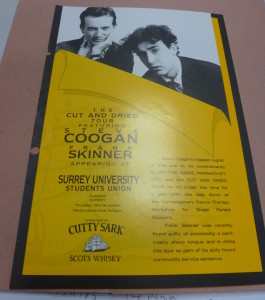 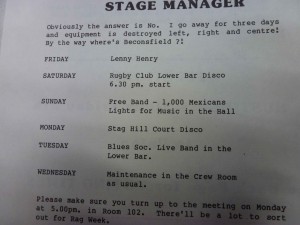 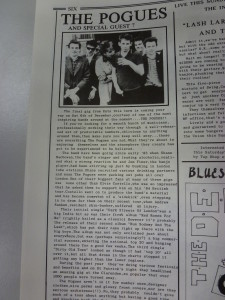 The Pogues performed in December 1985 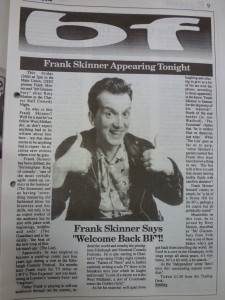 Frank Skinner returned to perform in 1992

Some of these are pretty surprising/impressive when you think that some of them – The Who and David Bowie in particular – have gone on to be famous in their own right and toured all over the world, and influenced countless numbers of other performers and musicians.

Of course, as has become tradition of student unions throughout the country, there are always those performers who go the Universities and appeal to our nostalgia – famous faces from television from our childhood, or musicians of our youth, as well as soap stars and presenters. Karl Kennedy anyone!

Here are just some of the famous faces who have appeared at Surrey. 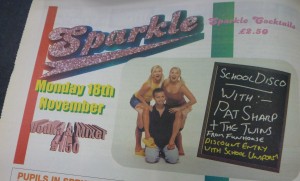 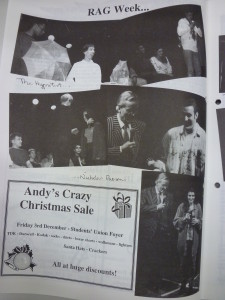 I’ll finish with a well-known fact that University of Surrey can be proud of – on 25 October 1968 in the Great Hall at Battersea Led Zeppelin played their first gig.  More information about this gig can be found here

Do you remember going to any concerts or performances at the University, do you have any fascinating facts or pieces of memorabilia?  We would love to hear from you, please contact us archives@surrey.ac.uk and share your memories with us!

Sew inspired by the archives