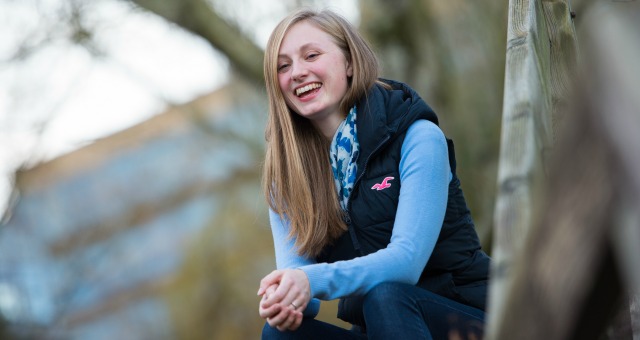 “The experiences you can gain as a placement student are invaluable – especially in an industry such as ours where it can seem impossible to get a foot in the door.”

“My first placement was in the production department at the National Theatre, assisting Production Managers at the very heart of the organisation.

I joined the department during the production period for As You Like It, from the first day of rehearsals until press night. A major part of my role was assisting the Production Managers in the day to day running of pre-production work. Examples of tasks included research, sourcing materials, liaising with suppliers and purchasing items using the NT’s purchasing systems. I was also expected to act as runner to the production team during fit-ups and onstage production periods. As You Like It was particularly tech-heavy as the scene change involved flying 30+ chairs and tables, which had to be concealed from the audience until the last possible second.

My time at the Young Vic was split between stage management and the lighting department. I assisted the stage management team from the first day of rehearsals through to press night on Joe Penhall’s Blue/Orange starring David Haig, Daniel Kaluuya and Luke Norris. My main duties involved sourcing props, rehearsal furniture and assisting with the upkeep of the rehearsal room. It was important that we responded quickly to any fresh demands that emerged during the rehearsal period, whilst still negotiating with suppliers to keep items at competitive prices. Furthermore, because audience members were guided through a replica of the set before they were seated, the props had to be produced to a level of filmic detail. A highlight was the detail of the research I had to produce – I even conducted research at the Welcome Trust into historic mental health-related promotional materials for all of the paper props used in the production.

During tech rehearsals for another show ‘Cuttin’ It’, I was seconded to assist the stage manager so that he could remain in rehearsals. I provided him with support in prop sourcing which I’d developed a proficiency for on Blue/Orange.

The experiences you can gain as a placement student are invaluable – especially in an industry such as ours where it can seem impossible to get a foot in the door.

I made a real effort during all of my placements to introduce myself and make contacts around each organisation, which will be an advantage when I’m looking for employment after graduation.

Completing my Professional Training year at such a high calibre of organisations was definitely my greatest university achievement of 2016.

As a result of my developed aptitude in lighting through the Young Vic placement, I was able to successfully design the lighting for a production at the Yvonne Arnaud’s Mill Studio at the beginning of September.

Taking a placement year gave me a refreshed sense of determination for my final year of study. And a lot of the knowledge I gained on placement has directly informed and supplemented my learning on modules in Final Year. If asked, I wouldn’t exchange my experience for the world.”

How to Ace the Psychometric Test