“The things you used to own, now they own you.”

The first rule of Fight Club? You don’t talk about Fight Club. And yet this week, Chuck Palahniuk’s 1996 novel, Fight Club, is exactly what my guest, Emma Brine, wants to talk about. Fight Club is Palahniuk’s second novel. A ‘tantalising exploration of violence, male identity politics and therapy-culture’ , the novel follows a nameless narrator as he struggles to navigate the stress of his job and recurrent insomnia. Those that have seen the famous film adaption will know that the narrator finds solace in physical violence and, with the help of the mysterious Tyler Durden, opens an underground fight club. But, what’s especially interesting about Fight Club is the undercurrent of sociopolitical critique that runs throughout the novel. 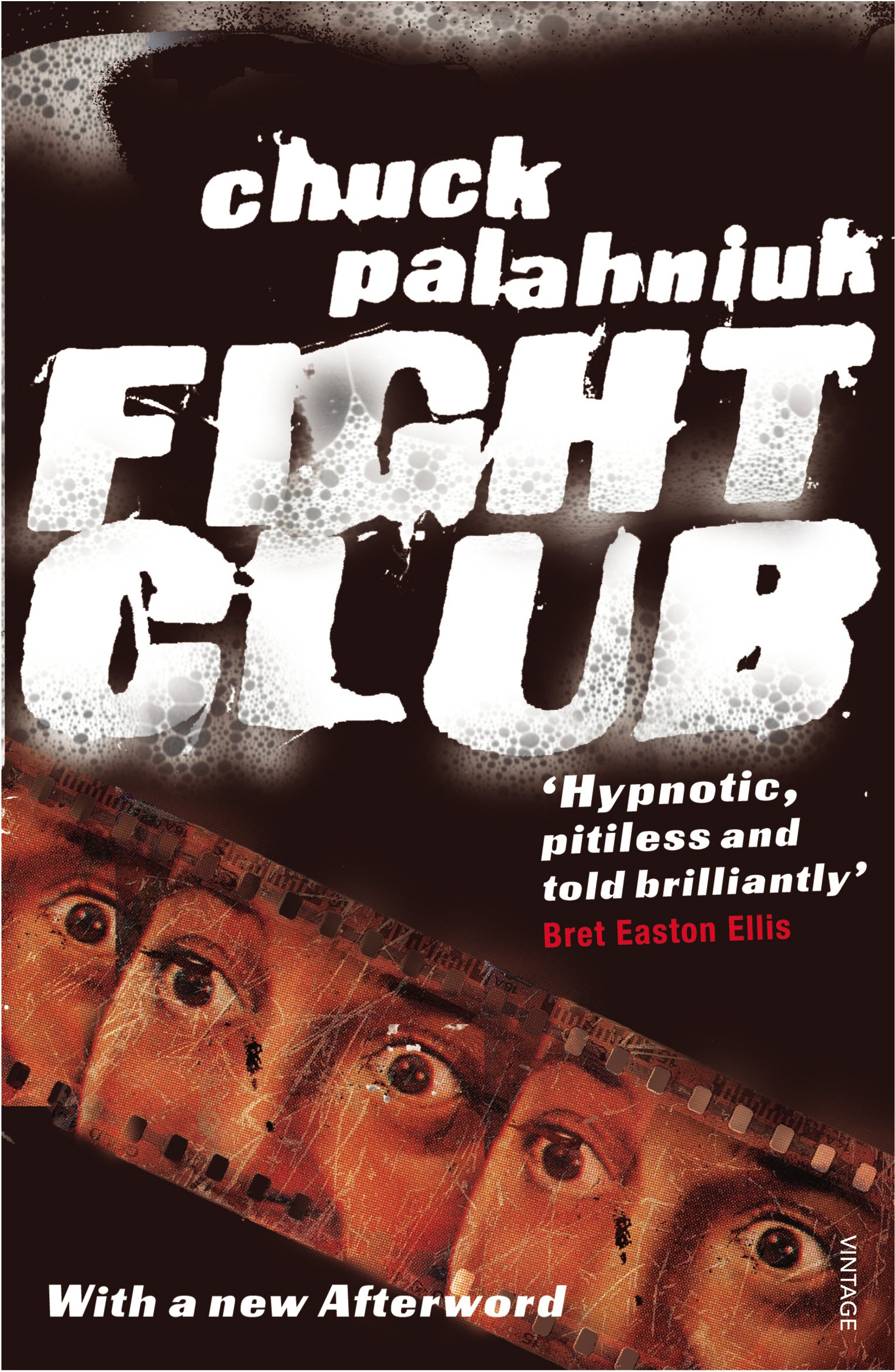 Emma’s a fellow Literature student, and she and I have been friends since the beginning of University. When asked, Emma tells me her Lockdown has been a tumultuous one. She’s a key worker for a Mental Health Charity, LAMP (Let’s Talk About Mental Health), and is in the process of writing a book for their thirtieth anniversary, detailing the Charity’s history. ‘I have days that are good and days that are bad,’ Emma tells me, and we agree that this up-and-down sensation is shared by many of us during times like these. Amidst her work, Emma has been filling her free time with reading, among other things. Fight Club is one of the novels she has been reading.

This week, Emma wants to talk to me about Palahniuk’s approach to consumerism within his novel. To Emma, Palahniuk’s description of consumer culture is ‘particularly relevant in these times’. It’s true: Palahniuk doesn’t shy away from politics. Amidst the bare-knuckle fights and violent masculinity of his narrative is a carefully constructed satirisation of modern-day life. ‘It’s such an interesting display of capitalism and consumer ideals’, Emma says. For her, ‘it touches on that existential dread of having everything you want, but still feeling empty.’ Fight Club approaches these themes with a curious mix of satire and frankness. ’From the beginning, the narrator openly discusses the way in which his consumer society operates. He talks about his Ikea furniture, the advertisements he sees, the fact he only buys food because society tells him to. The society the narrator lives in is heavily materialistic, it’s superficial, surface-level.’

Emma sees the narrator of Fight Club as a slave to these materialistic values. We discuss the repetitive, cyclical nature of consumerism, as presented in Palahniuk’s novel. ‘The narrator’s world is filled with disposables’, Emma explains, ‘things that don’t last. There is always a new trend, a new thing to be bought.’ This idea of a relentless acquisition of goods is not unfamiliar. In fact, it’s a phenomenon we encounter frequently in our day-to-day lives: between 2005 and 2018, members of the British Public spent an incredible 1.34 trillion British pounds on consumer goods alone . Indeed, the distance between the type of consumerism described in Fight Club and the rampant consumerism we see in our own lives is unnervingly slim. As Tyler Durden states in the novel, ‘advertising has us chasing cars and clothes, working jobs we hate so we can buy shit we don’t need.’

But how does this relate to Covid-19 and Isolation? Emma argues that reading Fight Club in the midst of the pandemic has helped her consider these consumerist themes in a new light. I can see why this might be: the Coronavirus pandemic has quite literally placed a physical barrier between consumer goods and the consumer. With the nation in Lockdown, and retail-stores and restaurants across the country closed, there has been a significant threat to the UK’s economy, with many ‘spending more time cooking at home, connecting virtually, and watching movies or shows’ . For me, the sudden hold that Coronavirus put on the economy has encouraged me to reflect on my lifestyle and spending-habits prior to Lockdown. I have been thinking a lot about the tremendous speed at which I bought and disposed of various goods. I’m guilty of spending hours browsing various fast-fashion sites, often enticed by a savings sale or discount code. I enjoyed take-out food and meals in restaurants, all without any particularly special occasion. I moved from moment to moment at a terrifying rate, always concerned with next, tomorrow, the future. Consuming was merely part of my lifestyle; something that was innate, natural to me.

Emma describes a moment in the book that she felt was particularly poignant to our current situation. ‘There’s a moment when the narrator’s apartment blows up’, Emma explains. In the explosion, all the possessions that make up the narrator’s life are destroyed; ‘to me, Lockdown was the same.’ I ask Emma to elaborate what she means by this. ‘He moves to a derelict house, with minimal belongings, and in this, he is stripped of the consumerist culture that previously dominated his life.’ Emma believes that the disruption of the bomb forces the narrator to let go of the comforts and the lifestyle that he has become accustomed to. He is forced to slow down, to realign his priorities. Now that I think about it, the Coronavirus has had very much the same effect. It has ‘blown up’ the comforts and regimes we once followed, it has re-organised our priorities, it has forced us to confront the way we lead our lives and re-think them.

‘It almost feels as if we have woken up from a dream,’ Emma states. We discuss the way Lockdown has increased our appreciation of the little things. I almost feel that, now that the materialistic and the superficial aspects of our lives have been peeled back, the things left have grown exponentially in value. Emma and I talk about these small-pleasures for a while. We agree, there is so much enjoyment to be found in things that were once taken for granted. A cup of tea, for example. For me, drinking a cup of tea is very different, now that my life has slowed to a pace that I can truly enjoy it. Emma agrees with this notion: ‘I feel that people have returned to their roots. They have begun interacting with their families more, spending time together. We no longer feel that same pressure to consume.’

As Emma and I wrap up, I’m can’t help but feel that this realignment of our priorities, this return to our ‘roots’, is a distinctively positive outcome of the Coronavirus Lockdown. Much like the bomb that blows up the narrator’s apartment in Fight Club, the Coronavirus Lockdown has provided an excellent opportunity for many to reassess their lifestyles, their spending habits, their priorities. Though the Coronavirus Pandemic has been an inherently trying and, ultimately, terrifying time for all living through it, there is something to be said for the impact it has had on my outlook on life. As Palahniuk writes in Fight Club, ‘it’s only after we’ve lost everything that we’re free to do anything.’

I’d like to thank Emma for taking the time to speak with me. Check back in next week for the fifth instalment of Isolation Insight.

Isolation Insight: The Cynicism of Bukowski