Hey! It’s been about 6 weeks since I last blogged but it feels like a lot longer because of everything going on so this post might be a bit all over the place, I’ll put some headers so that you can skip the sections you don’t care about.

I mentioned in my previous post that I was going to have surgery so that happened. It was kinda hectic and stressful, I had to go over for blood tests a few weeks before and then was told that they didn’t actually need any blood from me they just needed a swab to check for MRSA but then the night before my surgery I got a call saying that they were wrong and they actually did need blood so I had to go in even earlier so that they could do the blood tests beforehand and whether or not I could have surgery was going to be down to those results which was nerve-wracking. Everything was ok so I did have surgery, I spent the night at the hospital and went home the day after with a compressing binder, lots of dressings and painkillers that were probably not strong enough, a list of physiotherapy exercises, drains that my best friend very accurately described as “medieval torture devices” (they were huge bottles! I’m used to them being tiny bulbs) and strict instructions to not shower. I then had an appointment with a nurse over here to take the drains off but she wasn’t able to do it which meant we had to drive to Brighton unexpectedly and they had issue with one of the two drains so they had to call the surgeon and it was all a literal pain. After that I had to go back to have some surgical staples removed a couple of days later and I’m due to see the surgeon again on May 13th. I had an infection not too long after the staples were removed so I made an emergency appointment with a nurse on campus and I kept going back every few days until it cleared, she’s super nice and helpful.

Towards the end of spring break I went to Springfield, Missouri for 9 days, I actually came back on Thursday though it feels like it was forever ago. Traveling was stressful since I am still recovering from surgery and can’t carry anything but I was ok, I got a wheelchair at heathrow and in Chicago and someone helped me carry the stuff into the plane, plus heathrow has a new sunflower lanyard thing to show you have a hidden disability and might need extra support and a few people noticed it and kept checking on me periodically so that was nice.

I spent most of the time following my best friend around which was really nice, we’ve been friends for almost 4 years at this point but it was the first time that we saw each other in person. I got to see the university he’s at (Missouri State University), the dentist clinic he volunteers at, his office (he works for the multicultural resource center), I got to sit in his healthcare organization class which was pretty interesting, got to see his lab, and we also did some tourist-y things. Apparently Springfield has the world’s largest fork, for some reason still unknown to me (you can see me with it below), we went to some parks, we went to Mizzou, and we also went to a few restaurants, I got to try fried pickles which was interesting, some tex mex, an American food place, a burger place, a sandwich place, stocked up on ingredients for s’mores and candy and cheez its and pop tarts and I also got to eat orange chicken which I missed and I got to try Cuban food that my best friend cooked and was amazing and totally worth the heartburn afterwards. Oh and he has the cutest cats ever and apparently I’m not allowed to have favourites but Macaroni is totally my favourite, I’ll post pictures of Macaroni and Carrot too! (I didn’t get a picture of the other two L ). We also got matching rainbow glasses and matching shirts to take as silly matching picture and because we need no excuse to share how obsessed we are with Twin Peaks (and particularly the log lady) with the entire world.

While I was at MSU I also met with the professors that wrote the math paper I mentioned in my previous post and they were amazing and I’m going to get the chance to do research with them for the entire summer! So I’ll be in Springfield from June 9th to October 5th which is really exciting. I’ll also be applying for a grant through Spirit of Ramanujan to try to cover the expenses of going so hopefully that’ll work out. I’ll also have to take the GRE this summer in order to apply to PhD programs so it’ll be a lot of work but hopefully there will be plenty of time to bother my best friend and learn how to play piano.

My mental health has been very up and down since I last blogged. The time I spent in Missouri was probably the best few days I’ve had in a while and finally getting surgery was great but the lead up to surgery was stressful, and so was the fact that I unexpectedly needed to apply for a new US visa, and the traveling, not being able to do a lot of things for myself or exercise has been a pain and there’s a lot of things going on that I have to deal with that are just a bit much. I managed to see a therapist while I was in Springfield which was really helpful and I should get to see someone at the centre for wellbeing tomorrow so that’s good but I’ve barely slept in the last 2 months despite being on two different prescription sleep medications, I keep having nightmares when I do sleep and I’m just a general stressed out and fragile mess. I also had to find a new doctor because my address isn’t in Guildford which hadn’t been an issue before but it means right now I’m in a weird limbo in between two different clinics and I’m not entirely sure what will happen with my mental health care team so I guess I’ll keep you updated when I find out what’s going on. I also haven’t had a chance to see my friends or go to GI so that’s taking a toll on me as well.

I’ve only been back to lectures less than 2 days but it feels like a lot longer. Things are definitely going to be a nonstop hectic mess until the semester is over which I’m not looking forward to. I had homework due today but I had to ask for an extension and I have homework due in the next two weeks for every single class, including a project that is 20% of my grade that I haven’t even started. I feel like I am really far behind and I should have used the entire spring break to study and it feels like the two weeks I missed have set me behind way longer than 2 weeks but I still have a couple of weeks to get my act together before finals start. I’ll be taking my midterms and finals at the same time so I have a really packed exam schedule again (including two Saturday exams which is lovely), my first exam is May 24th and my last one is June 8th. Yesterday was a horrible day but thankfully today I got a locker from the disability office so I don’t have to carry all of my things everywhere which is a really welcome development. Other than that I have a meeting with some people in the department tomorrow because right before the break another student and I were looking into maybe setting up an undergraduate research seminar series so we’re going to talk that through with the department and MathSoc and see where things go! But yeah, that’s my academics update, I might have a longer one once I’ve had more than a couple of days of being back. 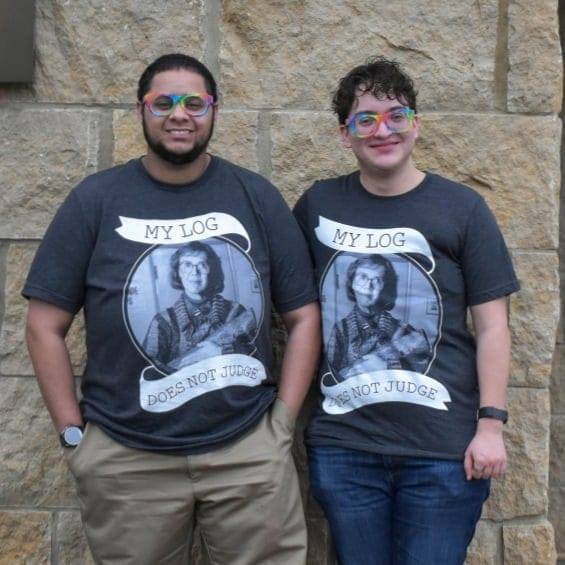 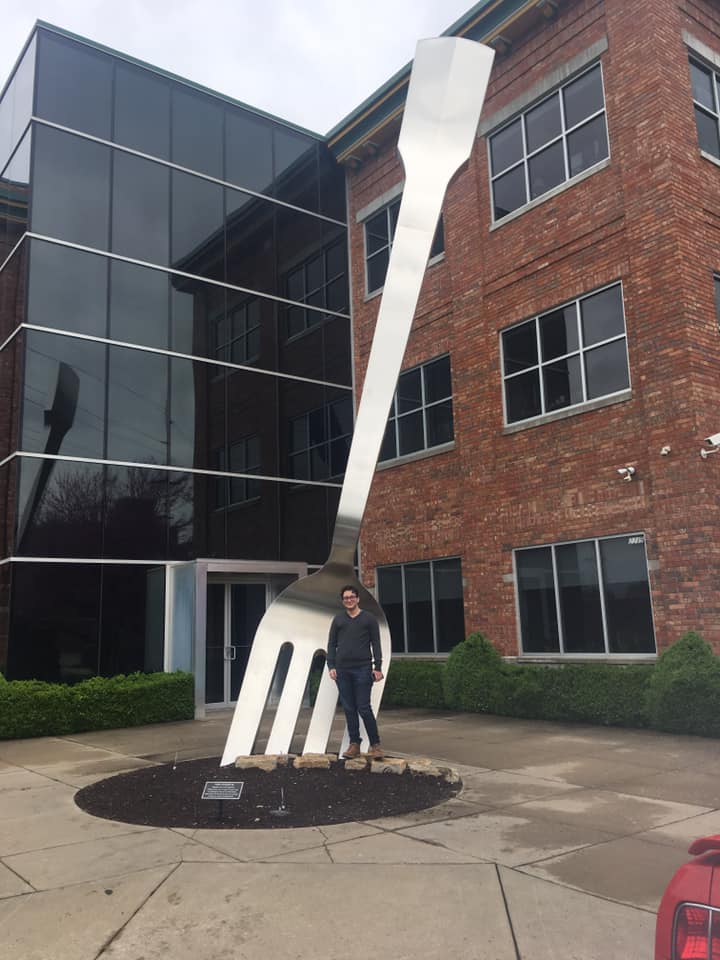 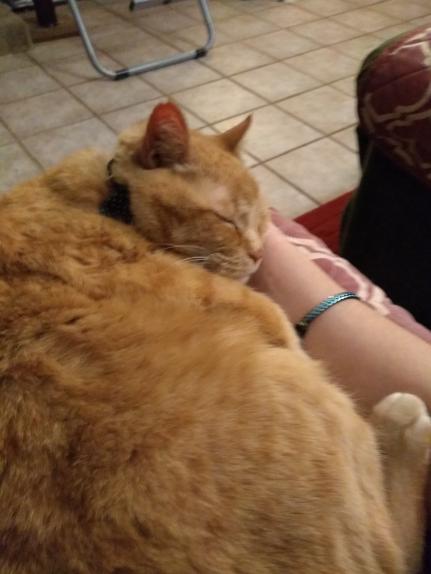 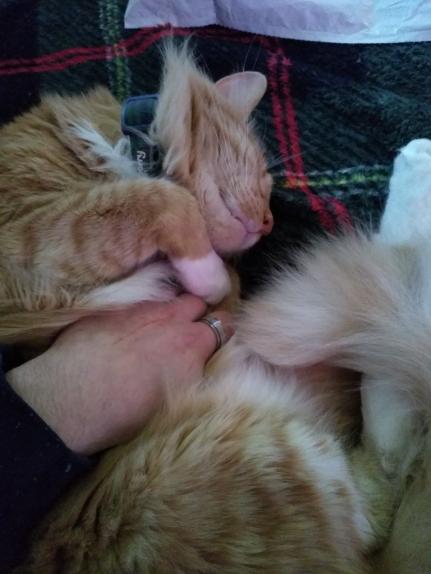 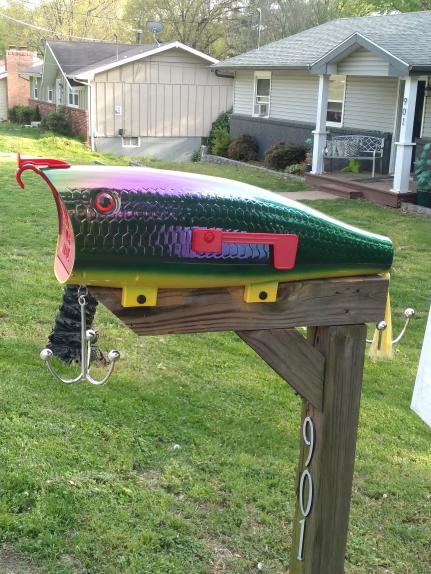