I can’t believe we’re already in the second week of January; time certainly flies! January’s a busy month for Surrey students; we have our first semester exams usually at the end of January. There are two major exam periods a year; the first in January and the second in June. Both the exams total marks are added and an average taken for the overall year’s grade. After, we have a week break, known as Reading week before we resume classes for second semester, usually the second week of February.

I spent Christmas in Guildford & New Year’s Eve in London with my family who had flown in from Malaysia for 12 nights. Christmas Day was such a beautiful sunny day & we made the most of it taking long walks around Guildford area. Christmas is the one day of the year when everything’s closed, as if the whole of England has come to a standstill. Though my family doesn’t celebrate Christmas, we joined in the festivities by visiting the Guildford Cathedral to take part in Christmas carols before heading back to my house for a delicious home cooked roast chicken. 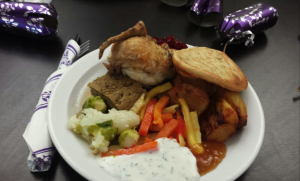 As for New Years, this was the first time the famous London New Year’s Eve fireworks was a ticketed event.  At £10 each per ticket, it was no surprise that tickets sold out in the speed of light. I was determined to watch the fireworks though together with my family so we set off around 8pm on the 31st of December first to Winter Wonderland before heading to London Waterloo.

Winter Wonderland was amazing! Though most of the attractions were ticketed such as the ice-skating & circus, there was still plenty for us to enjoy. Yummy treats were abundant from chocolate churros to Belgian waffles and cotton candy. It was also the first time I had mulled wine, which was pleasantly nice after a few sips. Mulled wine is usually made with red wine along with various mulling spices and raisins. 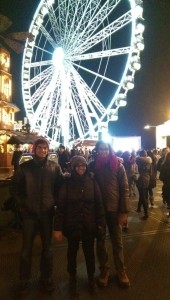 The best part of the night though was without a doubt being able to watch the NYE London fireworks live & to be with my family, a priceless experience. Breathtaking fireworks coloured the skies of London for a good 10 minutes before the night carried on with live DJs and parties along the streets of London. Public transportation is free from 11.45pm to 4.30am of 1st January 2015, which made travelling back to our accommodation in London unbelievably easy and convenient. 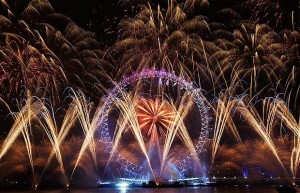 On a side note, GOOD LUCK to those in the midst of completing their UCAS applications!

That’s all for now.

A Short Trip to the North