Hello hello! I’m back in England & constantly missing the never ending supply of warm weather in Kuala Lumpur.
As you all know, classes are back in full swing with coursework deadlines looming & tests scheduled for every other week. We’ve just received our second semester exam timetable which makes the exams become very real; T-30 days to the first paper!
As the academic year 2014-2015 is coming to a close, societies at Surrey University have begun holding their Annual General Meeting (AGM). This meeting is essential in terms of ensuring the society remains active for at least another year at the university. Positions such as President, Vice-President/Secretary and Treasurer are mandatory positions that must be filled in a society for it to be formally recognised as a student society at Surrey University. These 3 positions are the signatories for a society who for instance, attend Society Standings which is a meeting where new societies are rectified and societies are given information on how to run and organise their events. If a society fails to elect students for the top 3 positions, the society will become dormant until further action.

It’s actually quite good fun to attend these AGM’s which are open to all Surrey students. The AGM’s are attended by a member of the Surrey Student’s Union who chairs the meeting and ensures all protocol has been met. Moreover, all students are encouraged to run for the top 3 coveted positions as well as many others such as Social Secretary, Events Coordinator, etc. Many societies have their own positions that are up for grabs depending on the nature of the society. For example, the Surrey Economics and Finance Society (EFS) has additional positions such as Head of Marketing, Head of Finance, Head of Economics as well as Investment. The Malaysian Student Society Surrey (MSS) has specialised positions such as VP Family, VP Sports (Males & Females) as well as VP Religious Affairs (Male & Female).
These are pictures from the MSS’s AGM 2015 🙂 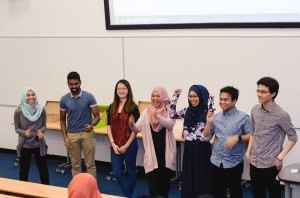 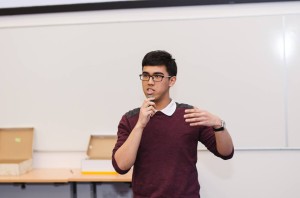 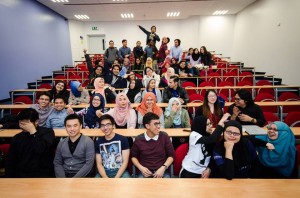 Without a doubt, the benefits of being part of a committee of a society at Surrey University are endless! Besides improving one’s Curricular Vital (CV), being on the committee gives one the freedom to run the society as how one’s see fit; following guidelines of course! Societies are provided funding by the Student’s Union which can be used to sponsor events or subsidise outings, depending on the society’s agenda for the year. At the end of the academic year is the Student Union Awards (SU Awards) which awards societies and individuals for their achievements. There are many awards such as Society of the Year, Most Improved Society as well as Student-Run Event for the year. The SU Awards are actually just around the corner, scheduled for the 21st of May 2015 (Thursday).
To all students new or old, have a go at running for a position on the committee for a society you’re passionate about or simply because you want to be part of it. Either way, it’ll be a wonderful experience which includes meeting lots of new people!

Posted on
May 1, 2015
Posted by
as00565
Tagged
#surrey, internationalstudents, malaysia

A weekend getaway to the North of Wales