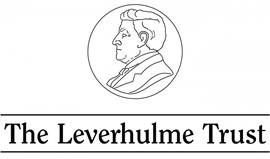 Why do we need to rethink the medieval literary canon?

Most people who share an interest in English Literature have heard of Geoffrey Chaucer, and some will have studied his famous poem, The Canterbury Tales, at school or university. Quite a number of his famous pilgrims, women as well as men, are well known to us. Many will recognize the figures of the Knight, the Miller, the Pardoner, and of course the Wife of Bath.

Few would disagree that such an obviously much-loved and influential author as Chaucer should be enshrined within the literary tradition. There are films about him (such as A Knight’s Tale, starring Heath Ledger), BBC television adaptations of his work, and Chaucer and his work are even the subjects of two highly successful recent works of historical fiction by Bruce Holsinger (A Burnable Book and The Invention of Fire; although really it is Chaucer’s contemporary and fellow poet, John Gower, who is at the heart of these novels).

But Chaucer was not an isolated figure, as many English undergraduates, past and present, will confirm. Quite apart from the aforementioned Gower (who admittedly isn’t so well known today), Chaucer was writing at a time when literature—and specifically poetry—was thriving. You might also have heard of William Langland, who wrote, and it seems continually re-wrote, an apocalyptic vision known as Piers Plowman. And equally famous, even if his name has not survived, is the author of the poem Sir Gawain and the Green Knight.

There are many more medieval English writers who could be named here, and even more works by authors who remain anonymous, but who are generally assumed to have been men. But what of medieval women in England? Did they write books as well? We know that some did. In the twelfth century a woman known as Marie de France was writing short romances and witty fables in the court of Henry II. But most women who could and did write, chose to do so about their religious experiences: women like the mystic, Julian of Norwich, or the pilgrim and visionary, Margery Kempe.

Over the last few decades medieval women’s writing has been a major focus of scholarly research. We understand better than ever the literary cultures of which they were part. We have insights into their activities as translators, or as patrons of literary works; their experiences as readers; the textual communities in which they were embedded. And we have a more nuanced understanding of how women as well as men are represented within the literature of the time. But the canon of medieval literature remains fundamentally the same: dominated by male writers. One of the main aims of this international research network is to challenge this status quo.

The primary aim of the blogs posted here will be to illustrate the importance of considering women’s engagement with literature in understanding the established canon. Members of the network and other scholars and writers working in this area will be invited to publish posts about their research, in order to stimulate conversation and debate about if, why and how the canon should change. Anybody who is interested in this topic is welcome to email me to propose a blog, and of course everyone is invited to comment on the blogs posted.

For a recent interview with me in the Times Higher Education about this project go to: http://www.timeshighereducation.co.uk/news/grant-winners-30-april-2015/2019899.article#.VUHu_ernbKk.twitter

For my article in The Conversation on our forgotten literary foremothers go to: https://theconversation.com/the-womens-prize-for-fiction-and-our-forgotten-literary-foremothers-27483