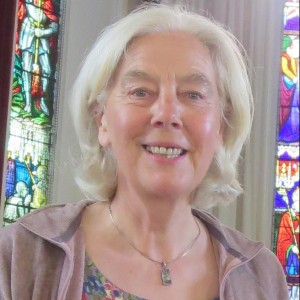 After lecturing in Philosophy and Aesthetics at the University of Surrey for 17 years, I became Chief Executive of two international literacy and literature NGOs for nine years, while at the same time editing a journal and giving frequent guest lectures. With the dawn of the new millennium I decided to make good my lack of a science education, so undertook an MSc in Environmental Architecture and Advanced Energy Studies, which led to work as an environmental consultant. In 2008, Anne Born, the managing editor of Oversteps Books Ltd, persuaded me to take over from her, and I have been running the publishing house since then. I have been an International Rockefeller Scholar, poet in residence for various organisations including Ballet Rambert and Winchester Arts Festival. I am the author of the prose works Life-Giving Spirit: Responding to the Feminine in God (1989) and The People of God (1995) and I edited the Collins anthology New Christian Poetry (1990). My poetry is widely available in magazines and anthologies, as well as in four collections: Beautiful Man (1977), Touching Earth (2007), festo (2012) and Notes from a Camper van (2014), and I give readings all over Britain and abroad. I have just returned from giving readings in New Zealand and Australia, and in April will be part of a delegation of British poets visiting the University of Bucharest in Romania. I am currently a research fellow in the Department of English at the University of Surrey and an associate member of the Women’s Literary Culture and the Mediaeval Canon project.