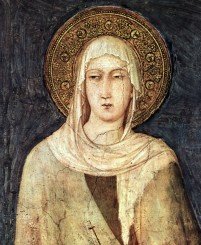 Although my degrees have been in Philosophy, Aesthetics and (latterly) in Environmental Science, I have written poetry all my life. I have been fortunate in being published widely, and I give frequent readings all over Britain and abroad. Two of my collections were published by Oversteps Books, and I subsequently took over as Managing Editor when the founder, Anne Born, became ill. I am therefore now able to give practical help and encouragement to some of the best contemporary poets who are seeking publication. Further details about my publications can be found here and about Oversteps Books here.

It is not unusual for poetry collections to develop themes organically as a critical mass of poems is found to fit together in some way. For instance, my last three collections have been based on an environmental theme, a winter and Christmas theme, and then a collection about life in a camper van. More recently, I have found that a substantial number of my poems have featured women through the ages. These have included women from mythology, from the Bible, from history and from folklore as well as some notable contemporary women, and these poems will form my next collection. Several of them, such as Chiara and Cleopatra, shine a new light on an historical figure; some, such as Menses and Rendezvous reflect on specifically female experiences; figures from literature include Jane Austen and Alice in Wonderland; biblical figures are represented by Lot’s wife and Salome; and some respond to relationships with friends, mothers or daughters. A number of them have already been published in magazines or anthologies, and one of them, RP RIP, about  Rosa Parks, won the 2015 Leeds Peace Poetry Prize.

I have also been interested for many years in a number of mediaeval women, and as well as writing occasional articles and giving talks on some of them, I have sometimes focused on them in my poetry, including Hildegard, Julian, Godiva and Heloïse. It is intended that some of these other poems may feature in future blogs of the Women’s Literary Culture and the Mediaeval Canon website. Despite my long-standing interest, I was nevertheless a little surprised when this extended poem about St Clare more or less wrote itself recently. I had not thought about St Clare for a number of years, and was left wondering where the poem came from. I suspect that the answer lies in the fact that when I visited Assisi, many years ago, I found myself feeling rather sorry for Clare (1194-1253). Those who have been to Assisi will know the story of her devotion to St Francis and the fact that when he embraced the monastic life he persuaded her to become a nun. She undertook numerous good works, and in time became the founder of the Order of Poor Clares. While in no way wishing to diminish her genuine piety and spirituality, I could not help feeling that ending up in a convent might not have been quite what she had in mind when she was attracted to Francis and followed him. There were, of course, advantages to the monastic life for women at this stage of history, providing the possibility of independence and an education that they would have been unlikely to enjoy otherwise. But I was also aware that Clare shared all the passion, enthusiasm and confusion of other teenagers — and that she loved Francis deeply. It would appear that this sympathy of mine for Clare, and divergence from the normal hagiography, had lain dormant until this past Autumn, when it erupted in this poem.

My study in brown

but no, not mine,

old as the crooked wisdom

the darkness and infinity

of our midnight sky

deep into my eyes and pierced

my soul – the soul

I then believed I had

but now am not so sure –

discovering the truth of me

which even then a part of me

knew to be untrue

because you never quite

uncovered the nature of

that I offered you.

Given half a chance,

how gently it would tickle

the line from navel down

to where a coarser fuzz

along which you once led me

to the love of Gd.

and the unity of all that is.

I knew it wasn’t

only me; he touched

the heart of everyone

he met: the shop keeper,

his parish priest, the general

when he went to be a soldier,

the dog that followed

the bird that perched

on his left shoulder,

the mouse behind the wainscot

and squirrel in the tree,

and cows, all followed

and watched him lovingly.

When he was tired and thirsty

the sterile cow let down her milk

the half-lame donkey bore his burden

Even before I heard him preach,

he deepened my devotion

simply through the child

of God he was.

I loved God for him

while he loved me

did not occur to me

and trying to make sense

of all that love,

when and how I lost it

to a higher one.

I watched it spread

through all his being,

and willingly breathed his germs,

And when I caught this same

religious passion from him,

I picked it up and ran

to prove that I could love his God

as much as any boy or man.

searches out our secrets:

you knew the size and shape

of my devotion, even though

I did not, do not, maybe

never will. Cleanse me from

iniquity, or reassure me

that it was not sin.

who bled for me,

in your living dying body

as you offered love,

both human and divine.

Is it possible to sanctify

this love of mine?

whispering between the green

if not desirable, giggling when

we get the message wrong.

until your holy inspiration

becomes my only guide.

the dictates of the love

that moves the sun

If, as I suspect,

in the deepest corner

of your heart you do not

condemn me, pray for me now,

and at the hour of my death.

As you see, I could do it all,

and meant it too, in the innocence

and energy of youth.

my fasting, hours of prayer

and acts of charity.

In his imagination he could see

a world of peace and love;

not realising that in the paradise

he dreamed and planned

there’d be no room for me.

I should have known

when he became a soldier,

in search of glory.

What news of war, Beloved?

There were so many dead.

One day I saw two sparrows

and a soldier with a catapult …

Here I had to lean my ear

close to his lips to catch the voice

that choked as he continued,

threatening to fade away.

Day by day I watched the whispering

poplar trees, the swaying of the long

sad tresses of the weeping willows,

the oak that turned its back

on acts of war and stood

in the field of blood.

One day a horse lay screaming,

shuddering with pain that he

had neither caused nor chosen,

for animals do not inflict

on each other. For love of life,

of God, of the beauty of the world

I had to end his pain, dispatch

him to a better place.

When I close my eyes

I still see visions of that world

which I knew was not what

it was meant to be.

And so the unsuitable soldier boy

was returned to me.

But he was changed, could not

accept the life his parents planned

for him, was driven to distraction

by his fine brocade and silk.

to return this finery

to his irate father,

I hid and watched,

held my breath to see

there was one garment

left to cover what I’d never

seen. The rest was left

Later, as he gazed into my eyes

his fingers threaded through my hair

and mine through his.

My hair, so thick and soft,

fell in waves and tresses

to catch an unwary boy.

He stroked it lovingly;

how could he then bear

to let it fall

until my head was bare,

could be covered for

only with a wimple?

And how could he, or anyone

but shorn in such a futile

He stroked my naked head

in a place I can’t define.

before he turned and walked away.

I stayed there, watched

the light fade on my hopes

until I felt the chill of night

They say you only miss

the carnal act when you have

known it. My body never has

been swept into that song,

and yet I’ve relished it

in secret in my heart.

I yearn for it,

was born for it,

dread that I will one day

that when my days have finished

I will feel the fires of hell for it.

That I should wish to be forgiven

for loving him in whom I saw

the light of Christ,

He was so free and happy,

a feral creature, never to be tamed.

his bird in hand, but learnt too late

the falcon never can enjoy

the freedom of the eagle.

No monastery walls could hold

his spirit, no fabric

so he imagined that I too

was bigger than the stones

that bound me, would never miss

the soft and silky clothes I wore

in my father’s house.

I am not, in truth, a prisoner:

it was my choice, or so I thought.

What can I offer now?

What gift can I bestow

on the only one I ever loved?

Each chapter in the manuscript

we treasure begins with an initial

whose intricate beauty leads us on

to meditate on all that follows.

And so I live my life

of purity and solitude

in such a way that, though

he cannot see me, he will know

I do it all for him, that others

will be drawn towards his God

The more I now protest

that I’m not worthy

the more they praise

and take me for a saint.

Only my confessor knows.

a little, but I think

and reassures me that the veil

between the love of God

and what I feel for this sweet

child of God is thinner than

the vellum in the sacred Gospel

that I kiss each day.

And then I wonder how this old

and holy man can feel so keenly

the maidenly confusion of my heart.

Do others suffer love as I have done

Sometimes he gives me for a gentle

penance the recitation of a prayer

in which I offer all the pain

to a God who pours on us

the gift and curse of love.

When the ripe corn of my young love

has shrivelled, leaving only a dry husk,

will I then, at the last,

be allowed to hold my treasure?

And if I do, if when his eyes are dim,

his body wasted from years of sacrifice,

turning him into an old and broken man,

will my love be undiminished?

I hope and trust that when this comes

to pass, his heart will still be praising

God, his lips be singing hymns

of joy and gratitude;

but, if the doubts of age

threaten to invade the fortress

of his confidence and doubts assail

as darkness deepens, will my faith,

and nurtured here in loneliness and prayer,

light his failing eyes, and guide his faltering steps

on the long journey home?

Women and the Canon Conference, January 2016