I’ll pick up right where I left off. My 3rd day, Christmas Day, was very interesting. In the early morning, we went to a nearby town called Pagham for a walk on the beach. Now, UK beaches are definitely not the same as Middle East beaches. We have sand, they have pebbles and gravel. They definitely don’t remind you of tropical summers or swimming. But they do have one advantage: because you have pebbles and stones, you can skip rocks on the water (that’s when you throw a stone into the water and it bounces). I tried it for the first time and I have to say it’s really fun. It reminded me of  that scene from one of the Harry Potter movies where Hagrid skips boulders on the lake. 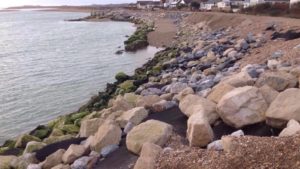 Paul and Catherine knew a lot about the area’s history so they told me all about the conservation efforts being made there to try and protect the houses on the shore (because the sea is eroding the land and creeping in) and showed me some houses which were actually built from old train carriages because they used to be cheaper. Catherine also knew a lot about wildlife; she told me about all the types of birds there, some of which were incredibly big. There were these really tiny ones that were always in groups and they would stand right next to the sea, then every time a wave comes in, they would run away together. It was the funniest thing. It’s a pity I couldn’t get a proper video of it. 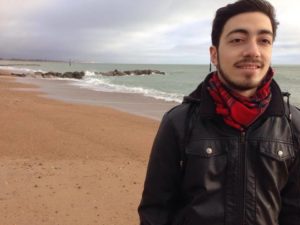 After the beach, we went back home where we had a delicious Christmas dinner and pudding. And at night, we watched an opera on TV which was pretty nice.

On Boxing Day (day after Christmas) Paul took me to this open-air museum which had reconstructed old buildings. We saw all types of buildings from all over the country and we got to go inside some of them too. Some of them had fires inside which was great conisdering the cold. There were also some animals around. The scenery was awesome. 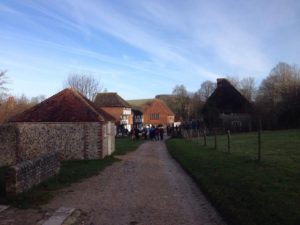 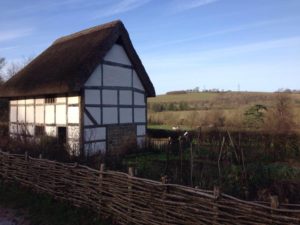 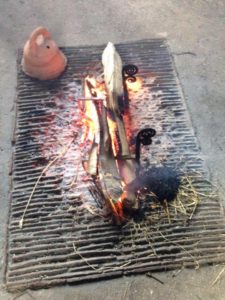 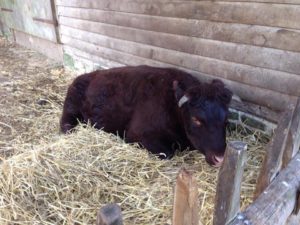 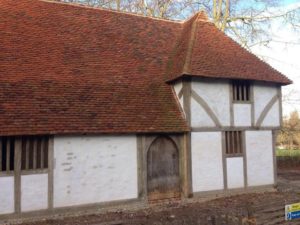 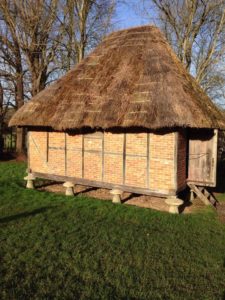 When we returned, we had a little rest then we all went to a historical small church called Church Norton, and after that we walked along the beach from there all the way to a small town called Selsey. When we returned home, we again had a lovely chicken dinnerand then at night we watched an old movie about Michelangelo. It was called “The Agony and the Ecstasy” and it was pretty good.

On my last day, we went on a boat trip, which was the best part of the whole visit for me. Paul and Catherine’s neighbour had a small boat so Paul and I went to the Marina and he took us on a short tour. He even let me steer for most of the journey which was really something else. Made me wish I had my own boat. That boat in the picture is not the one we went on by the way, it’s just a nice one in the Marina I took a photo of. Would have been nice to go on it too though. 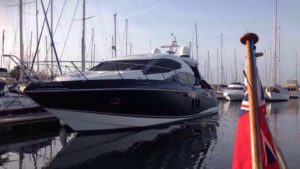 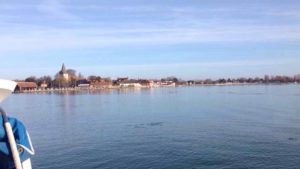 The last thing we did was have our final lunch together, then Paul and Catherine dropped me off at the station. They didn’t let me go empty-handed though. They sent a whole bag of goodies with me, full of cheese and cakes and all sorts. I ate nothing but cheese for a whole week after coming back!

Another thing about the visit is that I was given my first ever Christmas presents. Paul and Catherine were so kind they got me 3 presents. It definitely got me in the spirit of Christmas.

Well, that was my HostUK visit. It was definitely an unforgettable experience. Just a couple of footnotes: if you read this and thought ‘wow these activities all seem so boring, I certainly wouldn’t want to do that’ then fear not. HostUK pairs you with a family that has interests matching yours. I just happened to put museums and walks as my interests so I got a perfect match. If you put something completely different, you’ll probably get a family that likes the same stuff you do. Also, Paul and Catherine always asked me if I was okay with everything we did. They tried really hard to only do things that I wanted to do. They definitely never said ‘this is what we’ll be doing, so come on, doesn’t matter if you’re interested in it or not’.

Considering all that, I would 100% recommend going on a HostUK visit, and do it in your first year if you can. You’re likely to make friends with the family and they could invite you over again. Paul and Catherine told me to come back for a visit whenever I wanted. It’s a pity I only have 6 months left until I graduate so I may only be able to visit them once more.

I’ve got exams next week so unfortunately my next post will be 2 weeks from now. But I’m gonna try to write that one in Arabic so you have a first Arabic post to look forward to reading. Stay tuned to see how that turns out.

My HostUK Visit – Part I