So far I have talked so much about life at the university, but haven’t really gotten into what I study as much. I would like to dedicate today’s post to introduce to you guys the course I am studying: Digital Media Arts.

When you’re at university, the question you’re going to hear most is “so what do you study?” and believe me, I get a lot of good reactions when I answer it. Usually when you see an Arab student they’re here to study some kind of engineering, medicine, or law, nobody expects a hijabi to say she does arts. It’s always never really a picnic explaining what the course really is, for example:

-“oooh that sounds so much fun. But what does it mean?”

-“Oh, it’s like a lot of things: photography, video making, animation. You know, that kind of stuff…”

You bet I’m lucky! For one thing, I don’t have exams, just coursework. People think that means I don’t do as much work as any other courses. WRONG! I happen to have to do a lot of academic essay writing as well as my creative projects. The course has an even amount of hands-on coursework and academic material. 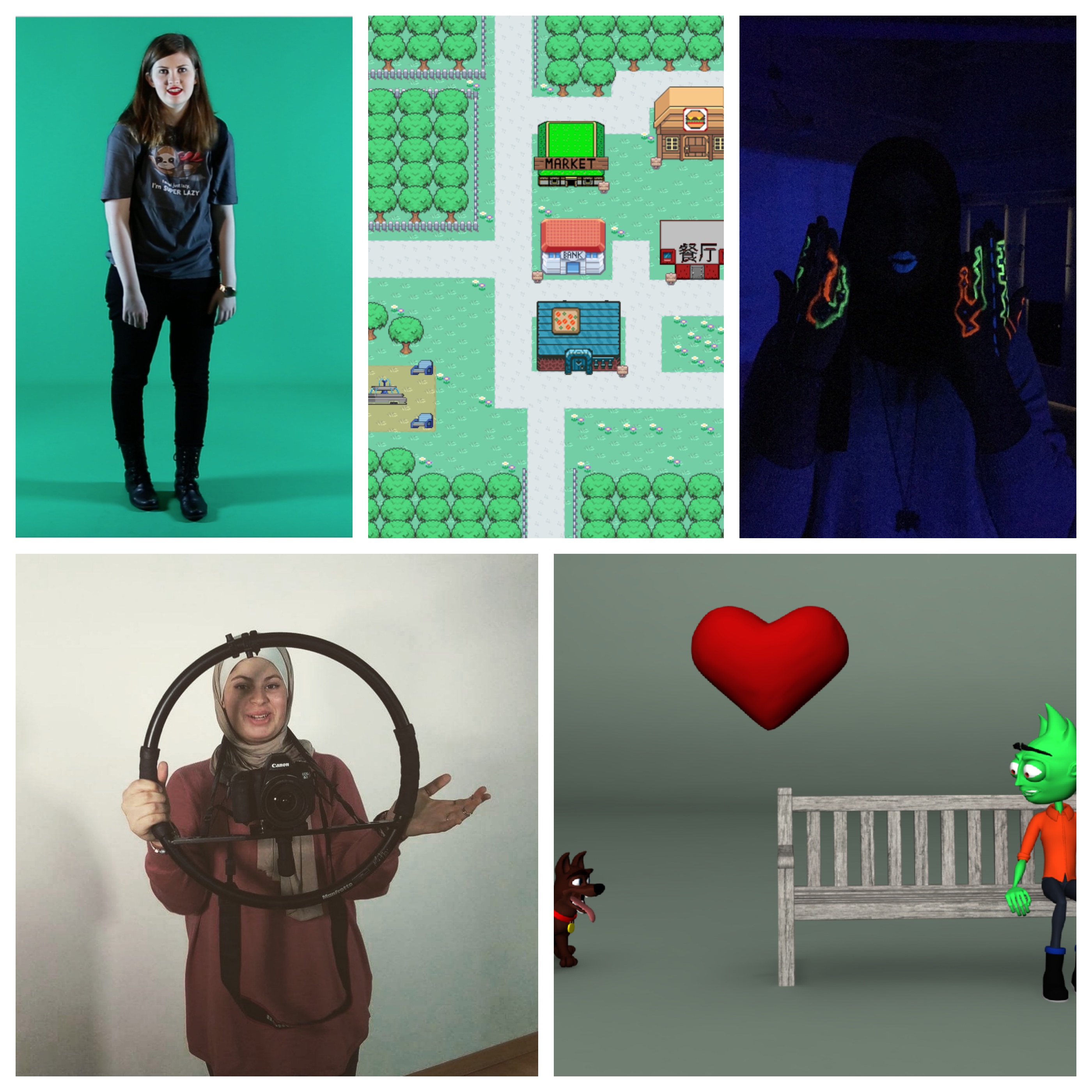 I got into DMA because I want to be an animator in the future. I have always loved animated films and films in general, and I wanted to learn how they were made so one day I can be part of their production. DMA is a very broad course, they teach us something about everything here, and that gives us the opportunity to chooses what we’re most interested in later on so we can pursue it. It is very useful and fun to learn about all the different aspects of the industry, as well as being exposed to techniques that are very beneficial in any field.

Let me tell you more about some projects I worked on in my second year. I will try to explain the terminology so those of you who don’t know anything about the creative industry would know what I’m talking about.

One of the modules I had in my second year was a VFX and Compositing module. VFX stands for Visual Effects, and compositing is putting different pieces of footage together so that it looks like one, and also working with green screens. We had to film an actor in front of a green screen and then take that footage, take the green screen out using professional software, and adding that actor onto a completely different background of our choice. Now that I explain it like this, it sounds really easy and really not worth the 90 hours I spent doing it. But it gets really fun.

I filmed my friend Katie and then placed her in front of a bus stop. You can see the difference in these pictures. 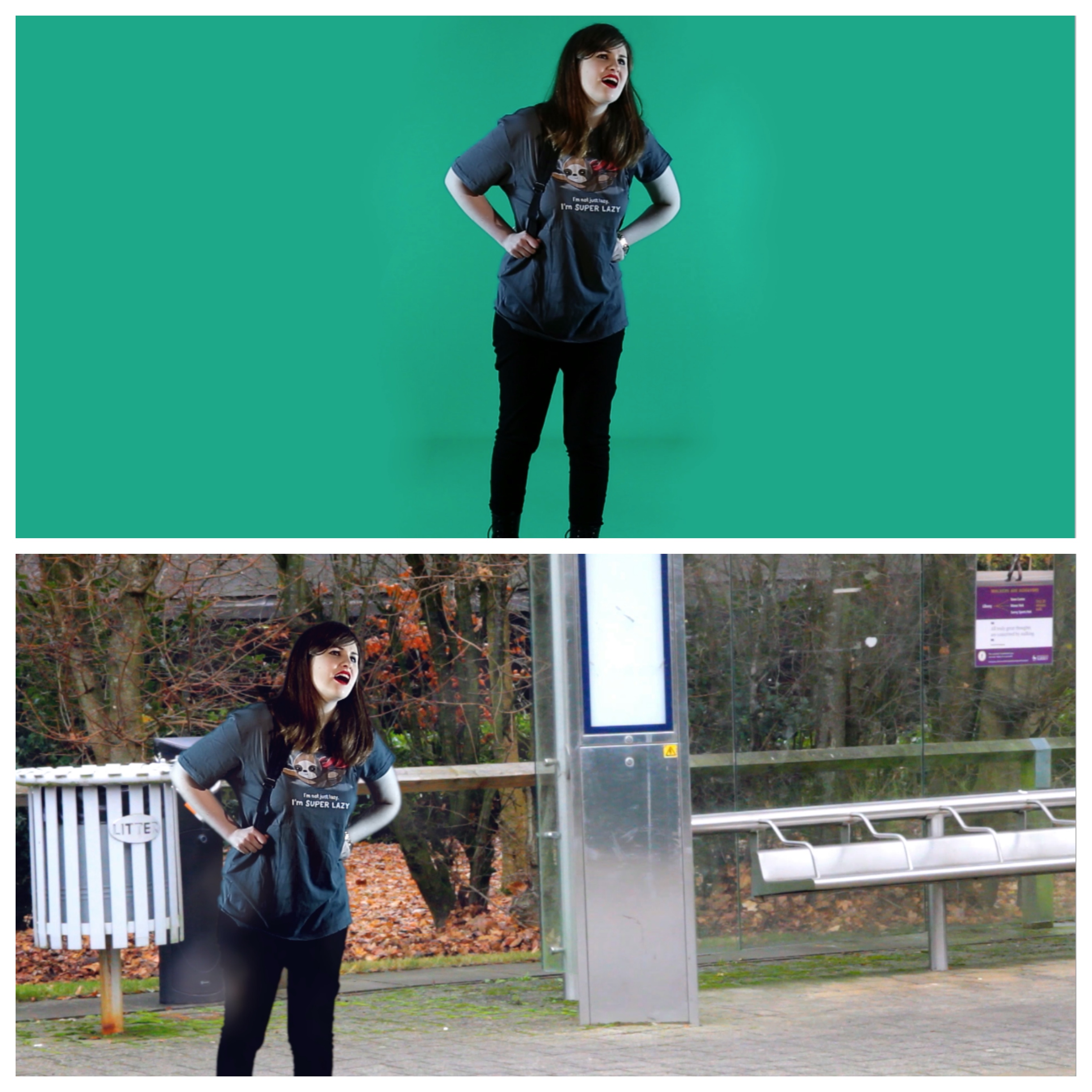 Another module I took was Game Design. Yes, we did have to play video games for homework and research (my mom wasn’t very enthusiastic about that). In fact, we have a Playstation4 in our lecture building for us to play with. I’m not going to say it’s not as fun as it sounds, because really it is! For this module we had to do lots of research about game styles, game mechanics, and learn how to build a prototype game. It is a very interesting process for anyone who is interested in video games in general. We used a game engine called Unity to create games that we pitched as part of our assessment. Here are some snapshots of the game I created. 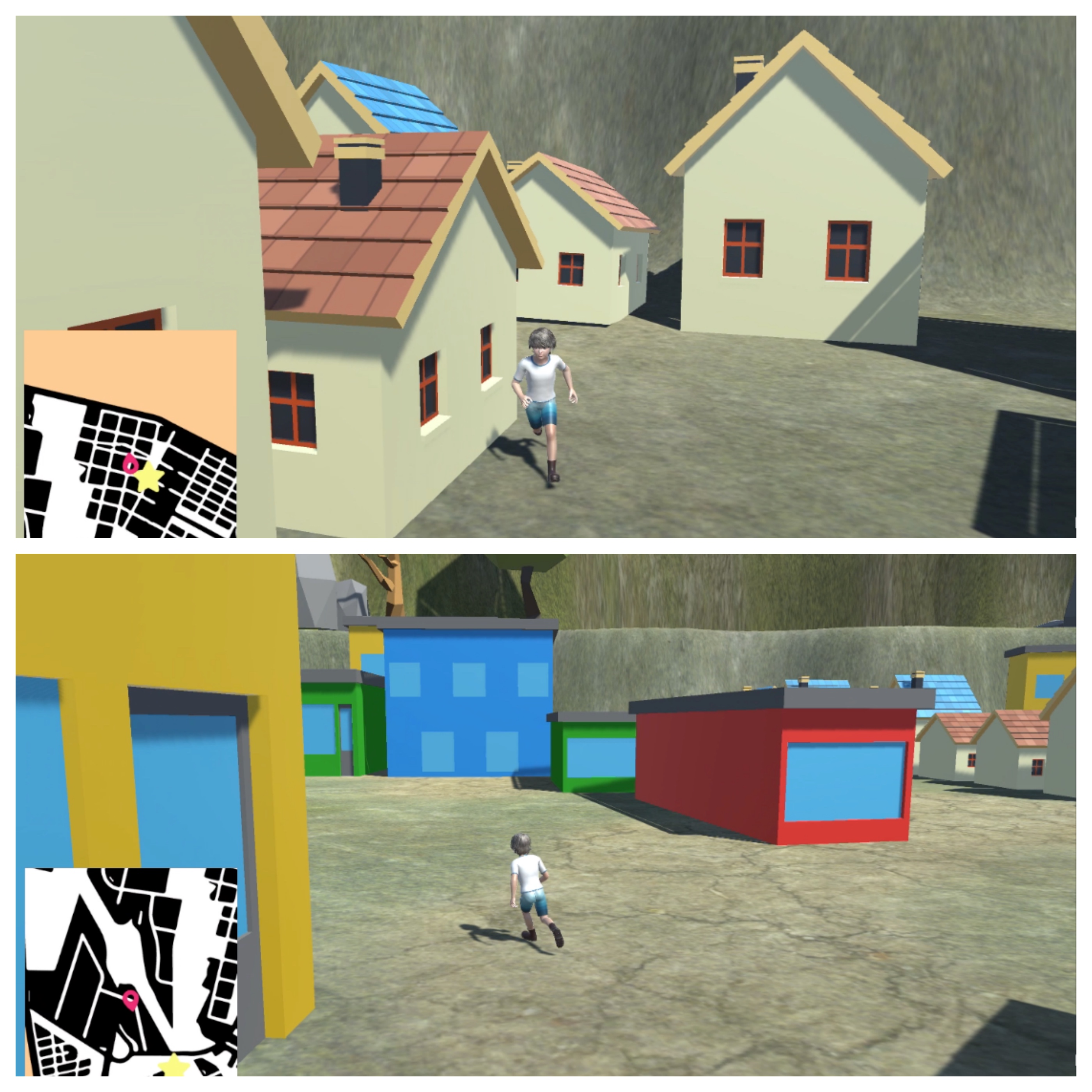 Those two projects were the highlight of my second year. It was nice to see that after lots of hard work it pays off. This year I have to do a final project and a research dissertation so I can graduate (yay!) and I am doing a 3D animated short for my final project. These will probably take a lot of work, but hopefully the end result will make it worth it.

I hope that was interesting for you to read, even if you’re applying to study something else at Surrey. It is nice to know that there is such a wide range of courses you can do here, and that expands to you meeting people with completely different interests and expertise. My best friends do Economics and Finance & Midwifery, we do very different courses but that is what makes living abroad so interesting!