To quote the old saw “prediction is very difficult, especially about the future.” And that’s certainly true for the EU.

As a complex, multilevel organisation that lacks equivalents elsewhere in the political world, it is already hard enough to understand what has happened, let alone what is happening or what might happen. This is all made the more ironic by the continual discussion about how we are heading to some hypothetical destination (good or bad) as a consequence of our decisions, when we understand little enough where we are.

Kudos then to Open Europe for organising an EU “war game” yesterday, to simulate British efforts to renegotiate the treaties and (just to cover the bases) a British withdrawal. With some high-powered players and steady twitter stream (on the #euwargames hashtag), it was a creditable effort to model in some detail the mechanics of a potentially important pathway of future negotiations. Certainly, it appealed to my sensibilities as an teacher who uses simulations for just such purposes. 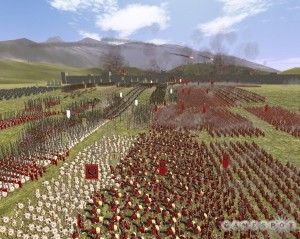 Citizens! Let us fight to the death to protect reductions in anti-dumping tariffs!

However, even here we have to acknowledge the limitations of what is possible with a simulation. The Open Europe was played with a restricted number of states and with a relatively simple starting point. The reality of any British renegotiation would be that the discussion about whether to have discussions would be just as important as the discussions themselves: witness the UK getting on the wrong side of that after the Delors Report in 1989. Simulations can tell us much about tactics, but struggle to capture higher-order agenda-setting powers, the way in which actors can frame the debates that do (and don’t take) place.

While a full write-up isn’t available yet (The Spectator caught things mid-flow), it is hard to make any more informed analysis. Despite this, one thing is relatively clear; namely that this simulation will become part of the debate.

As the Spectator piece already demonstrates, what players and observers take from it is likely to be confirmation of their views. For sceptics that means potential to get something useful out of renegotiation; for pro-EU types, the value of ‘full’ membership (define as you will). Certainly, Andrea Leadsom’s comments have to be read in the light of her pushing for renegotiation through the Fresh Start group: to declare that renegotiation doesn’t work would weaken their case and their leverage.

All of which leaves us much we were began, in the (relative) dark.

There isn’t a simple solution to this, sad to say, beyond the idea that any solution will depend upon having a debate that is informed and wide-reaching, involving the broad reach of views and interests. To leave that for any putative referendum campaign is a dangerous choice, for whatever happens, there needs to be thoughtful reflection and discussion to find ways to address our situation. What those ways might be, we can only tell by talking about it.

UPDATE: pieces on this from Spiegel (German), Reuters and (oddly) the Cyprus Mail.

Playing the EU game: complicity or getting your way?

Swings and roundabouts on the EU: Can the Tories ever get anywhere?