It’s time for the final blog post of the calendar year for me, as I prepare for the Christmas break. My mind naturally turns towards thinking back over the past 12 months and I find myself looking at a situation much like that a year ago.

Last Christmas, the talk was of Cameron’s much-trailed speech, which was to resolve Tory policy and lay down a marker, both for EU partners and for Tory backbenchers. When it finally came, the speech made the smallest possible concession, but did silence the chatter for some months. However, that was quickly lost, as UKIP performed strongly in the May local elections and the economic recovery took longer than foreseen to kick in. Mutterings in corridors began once again, aided and abetted by policy developments in the EU itself. 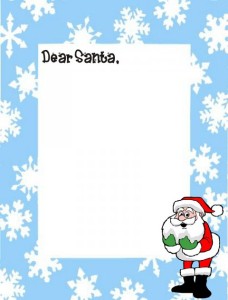 And so we find ourselves watching Cameron hiking off to Brussels today to contest a straw man of a defence policy: asides on drone development become the Commission angling to run its own air force. Given the UK’s vanguard role in European defence policy, and its success in embedding British priorities into that policy, this morning’s slew of articles reads as nothing more than a ploy for domestic voters: Dave goes to Brussels, tells the others that he won’t stand for this nonsense (which they didn’t ask for in the first place), gets them to agree, comes home and proclaims a famous victory.

At one level this is depressingly familiar. In the context of the toxic Bulgarian/Romanian free movement issue, plus much potential awkwardness over yesterday’s banking union agreement (which could have substantial implications for the UK financial sector), Cameron rather obviously needs to home something to be chipper about. The culture of seeing ‘Brussels’ as a place where you have to fight to get what you want is something that I have discussed repeatedly during the year and reflects the chronic failure to map out a constructive European policy, as Rafael Behr pointed out in a very thoughtful piece this week.

Indeed, it is difficult to see how things have improved, or even moved on, in the past 3 years of the current government. The steady erosion of trust in London as a honest negotiating partner continues, as does the uncertainty about what the UK actually wants. With 15 months left to run before the general election, that will only get worse, especially as UKIP will bring in another strong performance in the European elections in May.

As Cameron sits down to Christmas lunch, he might do well to consider ways of changing this situation. If he is able to form the next government, he will have to get other member states onside with his renegotiation plans, but he will also have to change his rhetoric. The EU is as much discursive as it is substantive and if the UK is moving to a more arms-length relationship, then good relations as going to be essential, if it is to preserve any influence.

That’s my Christmas wish, but I sense that I am to be disappointed once again.

UPDATE: I’d missed this story in the Telegraph, on Cameron threatening to use the Parliament Act to override Lords opposition to a referendum, which is another variant on the distraction theme I’ve noted.

What will happen to the EU?

The perils of success for UKIP