As I’ve discussed before on this blog (here and here), the real focus of UKIP’s work of late has not been last May’s European elections, but next year’s general election: without a breakthrough in the latter, the prospects for moving into a new phase of power/influence looks very limited. 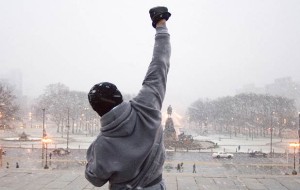 And so it that the party has been focusing on its work to give itself the best opportunity next May.

There are several parts to this.

Firstly, the money side of things is improving. Rising membership rolls obviously help, but so too does access to generous individuals: the growth in income in 2013 has allowed them to do much more in the way of campaigning and advertising.

Secondly, the campaigning strategy itself has become much more organised. As Rob Ford and others have pointed out, there is a good understanding of where target seats are located, with money and personnel being poured in to create strong local associations with a high profile, reinforcing the party’s core anti-party politics message. That Nigel Farage himself will be parachuted into one of these looks inevitable, making his interest in seaside towns all the more obvious.

The third element is the broadening of the party’s public face, away from the reliance on Farage alone.

Last week, Farage engaged in his first public #UKIPshuffle, allocating 17 spokesman [sic] roles, mostly to his new group of MEPs (see table below). The aim looks to be variously to increase the capacity of the party to produce comment, give different faces (especially female ones) to the party, and – ultimately – to prepare the ground for a successor to Farage. The team still lacks regional spokesmen or a spokesman for women [sic again], but otherwise maps pretty clearly onto the spread of roles held in other parties.

An early test of this came earlier this week, with David Cameron’s announcement on tightening access to benefits for EU migrants: Steven Woolfe was trailed as the UKIP migration spokesman, although this was undermined somewhat by Farage producing an op-ed on the same subject.

However, the success or otherwise of the ‘shuffle’ remains to be seen: I’m planning to track media coverage of all the individuals listed below over the coming year, as part of an on-going project to understand better the party’s functioning.

Taken together, these moves potentially represent a shift in the party’s position in the party political system. The resilience of their polling will be a cause of much happiness, especially as the party has done almost nothing newsworthy since the elections. Assuming that the annual conference can be better managed than last year’s, then the autumn will see even more effort put into the target seats, alongside the usual guff about electoral pacts with friendly Tories (which will come to nothing), plus railing against the new Commission.

Whether this translates into a seat (or more) remains unclear. There will still be a strong discount on the party in a first-order election, but the continuing failure of the broader political class to re-engage with the public might end up making that gap largely irrelevant, even if UKIP still can’t yet piece together a manifesto. Likewise, the continued level of public interest in migration might boost UKIP or encourage other parties to close down the space.

In short, there’s a lot to play for yet.

10 years of the Department of Politics at Surrey