While we wait to find out whether UKIP can secure their first elected MP today, I’d like to take a bit of a bigger view. This comes on the back of a couple of events in the past week that I attended on the future of the EU, one as speaker and one as audience member. 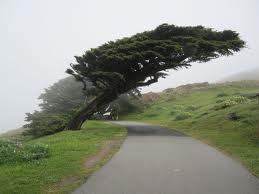 A common theme across both panels was the strong sense that things are bad for the Union right now: hardly an earth-shattering observation, but one which it not always apparent in the corridors of Brussels. As someone observed to me, it’s all very well that the EP pats itself on the back about the Spitzenkandidaten success, but that doesn’t mean that the other problems that exist don’t matter.

The second common theme was that the solution was also relatively obvious: a need to re-engage with publics, to build constructive debate and participation, leading to policy outputs that better accommodate the range of needs that exist. That’s the case for the eurozone, democratic buy-in and wider policy reform.

Of course, the tricky thing is to work out how to go about re-engaging. Trust is low across all political institutions, communication is complex and compromises are painful.

This doesn’t mean we shouldn’t try, but it does mean going in with eyes open.

The thought that occurs is that we need to look again at how we frame European integration. This isn’t about trying to be more (or less) positive or negative (i.e. in a normative sense), but rather about changing the terms of debate to allow everyone an opportunity to see how public debate can feed into whatever development we might wish for.

The starting point for this has to be a recognition that there isn’t going to be a ‘right’ way to look at the EU. Without drifting into the world of pain that is post-structuralism, we should accept that there is no objective truth about the nature of the Union. It’s a political construct and – like all such constructs – it necessarily has to accommodate different points of view and different preferences within a framework of constructive ambiguity.

Importantly, this doesn’t mean that people have to change their opinion of ‘what Europe means’, only that they acknowledge that other people will have different views. Thus, I can see it as a mechanism for producing policy outputs that states cannot, and you can see it as a plot to destroy those states: we can disagree with each other, without having to deny that the other thinks what they think.

In a democratic terrain (national and European), we can agree to disagree, so long as we accept the underlying rules of the game: respect of rights, tolerance, equality, etc.

This leads us into a second key idea, namely that the EU (and integration in the broader sense) does not have a stable equilibrium or an endpoint. Instead it is a series of contingent compromises and negotiations, that will change over time.

Because what people want will change over time, so too must political organisation change over time. Whether or not the EU itself exists, the geographical situation of Europe requires that some form of international system exists. The EU is the predominant organisation of that latter at present, but as we all know from our history lessons, nothing lasts forever.

This matters as an idea, because it highlights how the EU is neither perfect nor inevitable: we have agency to change things.

For those sceptical of the Union, that should encourage them to feel that they have a possibility to bring about reform. But for those who accept the basic ideas underlying the EU’s existence, it should also give succor, for it stresses the possibility of adaptation (and thus persistence).

Consider how the Union has evolved since 1957.

It has grown in membership, institutional depth and complexity, policy scope and impact, turned into something far beyond its founding acts. And yet, it clearly retains some of its basic features: a compromise between supranational and intergovernmental elements, a legal rooting based on the constitutional predominance of states, a culture of consensus where possible.

As I’ve written before, there has always been a culture of crisis in European integration, partly as a function of the building of a novel form of political interaction: we’ve never tried this before, so we keep finding we’ve done it wrong. Such a culture is then strengthened by the normal flow of events, to which the Union has to react (even if sometimes it doesn’t).

If we can accept these ideas of contestation and contingency, then we can start to re-imagine how we might debate ‘what should be.’

That means creating widespread and deep public debate about what people want. There will be a degree of aggregation, but part of the debate will have to be about how we can accommodation different viewpoints in a constructive manner.

This leads into an acknowledgement of our present situation and how we can change what we have into what we want. This is baby and bath water territory, which makes sense in terms of transition costs as much as it does in terms of the degree of change.

I hesitate to offer a ‘grand debate’ solution, because this was tried with the Laeken process, to general indifference. Instead, there needs to be an understanding that this debate will have to be a standing one, part of a larger package of rebuilding trust in political institutions and processes.

If we can achieve that, then we can have a form of European integration/interaction/whatever-you-will that will have not only a more meaningful popular base, but also a mechanism to help it ride out the storms of the future* and continue to adapt.

What that form will look like is not me to say (by definition), but my guess is that it will look a lot like the system we have now: a compromise and a set of off-setting package deals. But that’s perhaps the point in all of this: it’s the process that matters, even more than the outcome.

* – possible title for my memoirs BTW

Don’t be a victim: The Tory response to UKIP

Stock-taking on Britain and the EU