As we enter the last 200 days of this current Parliament, it’s perhaps useful to spend a moment thinking about where the UK finds itself in relation to the EU. 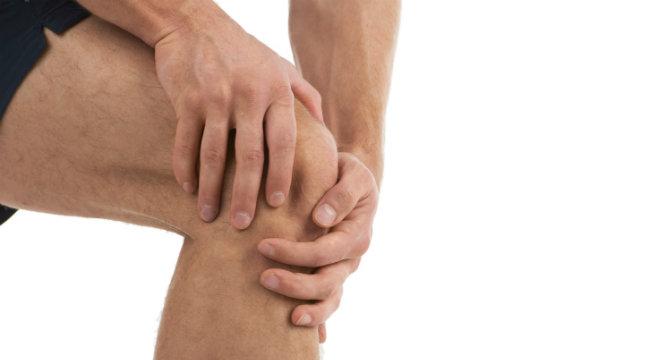 Always remember to warm-up before jerking your knee

At one level, euroscepticism seems as rampant as it’s ever been. UKIP have secured their first elected MP, and only narrowly missed out on a second. The other parties talk about cutting back on European obligations: from human rights (which is not the EU per se, but which does have implications thereon) to free movement of people. Public opinion is as negatively disposed as ever. Throw in a broadly sceptical print media and the picture looks rather bleak for those who support the EU.

But this is a very reductive reading of the situation.

Let’s start by considering UKIP, seeming standard-bearer that it is of the anti-EU movement.

Carswell’s victory in Clacton has undoubtedly provided a very positive boost to his new party’s position as it runs into the general election. But it also brings a number of tensions. Carswell’s politics – libertarian in the true sense of the word – do not sit very easily with many party supporters: consider his acceptance speech last week, with its calls for tolerance. Couple that to Farage’s history of pushing out challengers to his authority (which will be much more likely if Mark Reckless wins his by-election in November) and we can see that the party remains as contingent as ever.

But aside from such organisational/structural issues, there is also the question of how much UKIP is ‘about’ the EU.

The party has had a long history of moving away from its pure focus on withdrawal: Alan Sked’s original plan contained literally nothing else but this. Since then, there has been the softening of positions on MEPs taking up their seats (and EU funding) and the expansion into other areas of policy, most obviously immigration.

Farage has been a key driver of that shift: during his first stint as party leader, it was he who wanted to rename it as the Independence Party, to draw in all aspects of dissatisfaction and protest: he failed in that re-labelling, but he secured in practical terms. As has been seen, UKIP’s success has been built on speaking to the ‘left-behinds’: people who feel threatened by economic change, immigration and the changing welfare system: the EU is not much more than a symbol of those underlying issues.

Something similar is happening in the other political parties: the slowness in recognising the shift in UKIP’s challenge has meant that both Conservatives and Labour have talked up their critical stance towards the European Union.

The problem is more acute for the Tories, who have felt more of an existential threat, both in policy and personnel terms. David Cameron continues to try to hold the ring with his backbenchers, leading to the even more contorted positions that have culminated with the ECHR announcements last week. The combination of fear, profound ignorance of the existing legal order and a party that doesn’t entirely trust its leader results in policy that satisfies no-one and creates the preconditions for its own collapse.

On Labour’s side, while Ed Miliband has resisted the pressure to move more formally towards any referendum commitment, that has not stopped the party from more strident language, to contain any obvious outflanking during campaigning.

As for public opinion, while levels of support for the Union remain low in the UK, but absolutely and in the relative context of other member states, it is also striking that the EU as an issue has not regaining the position it had in the late 1990s-early 2000s: the long-term polling shows it bumbling along below 10%, just where it has been for many years now.

Of course, the rejoinder to this is that the rise of immigration as an issue of public concern is actually about the EU, since membership precludes limiting free movement from other member states, but that would suggest a level of public knowledge that is not supported by the evidence.

Even the critical media environment could be argued to be more functional than fundamental, given both the shifts that have occurred over time and the economic interests that might predispose media owners to dislike the EU. Moreover, the progressive fragmentation of the media landscape might also call into question how much of an impact any of it has on public attitudes (or politicians’, for that matter).

All of this is not to claim that Europe/the EU doesn’t matter, but rather than it is more symbolic than it might first appear.

The core argument here is that people identify something they don’t like, then come to understand that the EU is involved (whether it is or not), and so decide that therefore they don’t like the EU.

This works because the EU is a package deal: no-one is getting a free ride and everyone has to put up with some things that they don’t like. The trade-off is that, overall, everyone gets enough out of it to make it worthwhile. Seen as such, the EU is not a hegemonising monster, intent on steam-rolling everyone and everything into uniform submission, but a mechanism for accommodating differences.

If you don’t see that whole, then you will naturally focus instead on the things you don’t like or accept: that’s the reason that no-one is completely happy with the EU as it is and why everyone wants reform.

But this is an aside: at present, the British debate risks the production of public policy that does not actually take account of the wider package deal and causes more problems than it solves. Regardless of one’s position on the EU, it surely has to be in our interests to make sure that such policy is based on an appropriate level of knowledge and debate, rather than jerking of knees. That requires debate and constructive engagement by all involved. Whether that can be achieved is another matter.

UPDATE: Almost as soon as I posted this, UKIP’s group in the European Parliament collapsed, following the withdrawal of a Latvian MEP. With c. €3.5-4m funding last year, plus speaking time and opportunities to chair committees, if the EFDD can’t rebuild itself (which is not beyond the realms of possibility), then UKIP looses an important source of funding and profile. Even if it’s no longer as dependent on these as it used to be, it does highlight the point I made earlier about contingency.

Stability and instability in the EU

Reflections on a prisoner’s dilemma