As appears to be usual in these matters, as soon as I am away from my blogging, there’s a whole cavalcade of eurosceptic-ness that appears. Thus I’ve missed out on explaining the joys of the additional UK contribution to the EU’s budget – short version: it’s complicated, but not that complicated – and much of the run-up to today’s Rochester by-election.

With polls pointed towards a second UKIP victory, despite the Tories’ stated intention of throwing the kitchen sink at the campaign, it wouldn’t be any surprise to find tomorrow’s media full of talk of earthquakes and death knells for the old parties. 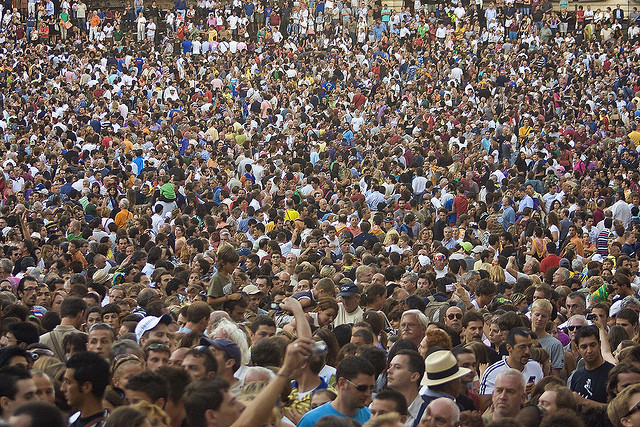 Ten of thousands of people can’t all be wrong, right?

Regular readers on this blog will know that I have tended to hold a much more modest view of what UKIP can achieve in the long run, so it’s only fair that I revisit and reconsider whether my position is still tenable in the face of such seeming success.

To be clear, my position has nothing to do my personal politics: I’m no less negative about the prospects of such pro-EU parties as the LibDems or the Greens, for example.

Instead, my understanding of UKIP is grounded in a view of their organisation and strategy, and how that might play out in interaction with others. And it’s from that the ‘brains, bodies and legs’ title springs.

A key mistake that many critics of UKIP make is to think that it is run by idiots or fools. To have survived as long as UKIP has, to have gone through as many turmoils as it has, and to still find itself in its current position reflects both the commitment of a hard-core of party members and their willingness to adapt to their situation.

That has meant developing new policy interests, most obviously in immigration, but also in changing its approach to campaigning. That the party’s core support is with Ford & Goodwin’s ‘left behinds’ reflects this shift, for these are people from whom the EU is not a priority issue.

Certainly, there is a process of professionalisation at work, in the policy mix, in the campaigning strategy and in the general organisation of things. This last has always been a weak spot for UKIP, peopled as it has been by enthusiastic amateurs, rather than seasoned professionals. It is instructive that the coming general election is the first in which a full prioritisation of target seats has been done on the basis of voter profiling.

With this in mind, the two most interesting pieces I’ve read this week have been about the modernisation of the campaigning strategy and about the position of Patrick O’Flynn, the former Daily Express political editor turned campaign chief. The first matters because – if it can be operationalised in a general election – then it will better concentrate the efforts of the party in securing voters and turnout. The second matters because it highlights the importance of an insider perspective in selling the party’s message (and the problems that generates).

In addition, the arrival of Douglas Carswell and (probably) Mark Reckless will be an important filip to the libertarian wing of the party (essentially, the leadership), in importing a coherent and cogent articulation of that worldview. While this clearly clashes with the more populist tendencies of the rank-and-file, if it can be turned into more official policy then it would overcome a second key historically failing, namely the lack of a positive agenda.

This is possible to overstate: consider how Carswell has been very restrained in exploiting his position as the party’s sole MP. Whether this is because he’s been waiting for Rochester, or the general election, or because the party has sat on him (unlikely), is unclear, but it might not be too much of a stretch to think about what happened last time a big name joined the party and won it fame and fortune.

If the strategic leadership matters, then so too does the rank-and-file, especially when those members are needed to push local campaigning.

Here, the picture is more mixed, for the simple reason that many of the recently-much-enlarged membership have not had time to settle in and build a strong network of local associations. While the party has talked for some time now about emulating the LibDem approach, this has still be materialise properly, and it is hard to see how it can be done in time for May.

In addition, the less libertarian leanings of these members might also cause issues: O’Flynn’s missteps have already generated problems, and the Carswell/Reckless duo could easily experience the same. The centralisation of the party under Farage does not help matters, closing down much of the very open structure that UKIP had at its foundation (and which, admittedly, caused many of its problems): the recent Doncaster party conference looked a lot more like its equivalents for other parties – stage-managed and for public consumption, not for serious policy debate.

Structures and personnel matter, but so too does the ability to engage the public, both as voters and more generally.

UKIP has been very successful in escaping its single-issue roots and in building a strong identity for Farage in the media. Personalised models of politics are intrinsically unstable, and the party has recognised this, with its diversification of faces and voices, even if these have not really been picked up fully by the press.

The planning to gap the period between the European elections and the general election has been masterly: two snap by-elections to keep the party high in people’s attention, in constituencies where they can work off the strong local profile of their new candidates to sell an image of marching to success in May. That the government and the EU have provided a series of further occasions for the party to make the most of ‘how terrible it all is’ has been an added bonus.

How long the media love-in can continue is very open to question. In particular, the general election potentially will create a new frame about the worthiness of UKIP to represent constituents on the full range of policy areas. Likewise, the current successes of securing representation might raise questions about what these people have actually done (regardless of whether that’s a fair question).

What is evident is that the spotlight that the party needs to raise profile, will also continue to cause embarrassment and problems. The squall around Reckless’ comments on repartiation yesterday are a sign of what is still to come: the tar of the far-right brush is still one that has much potential to damage the party.

So where are we?

UKIP is enjoying the best form of its life. The stars have aligned for it in a way that they didn’t before. The question remains: how much of this is contingent and how much as structural?

Back in April, my view was that 2015 was potentially a graveyard for the party. Today, I’m less inclined to that view, but I still remain very cautious about how far the party can embed itself in the party system next May. Much will depend on which party (or parties) govern, as well as the capacity of UKIP to keep the political pressure up. Its profile is still very much that of a party that defines itself in opposite to everyone else. As it gains seats and – dare one say it – respectability, the harder that differentiation will become.

At the very least, we are at the edge of a decisive moment in the party’s development.

We are politics: Trust as a cornerstone