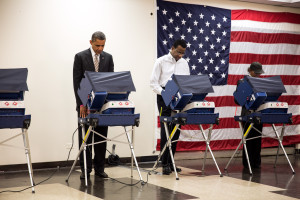 You’d imagine I’d have better things to do than to watch last night’s Question Time interviews, and you’d be right. However, a certain sense of obligation, coupled to a vague unease at my relative lack of engagement with broadcast media during the campaign, meant that I spent some portion of my evening watching one of the more hostile audiences I’ve encountered, giving Dave, Ed and Nick a good roasting.

The basic tone of the event was, as Helen Lewis pointed out, “why should we trust any of you when you’re such lying shits?” This neat encapsulation captures both the dynamic and the tenor of the debate: people feel by turns cheated and disillusioned with politics and politicians.

The problem is that this is what politics is about.

The purpose of any political system is to trade off three basic features. The first is efficiency, i.e. how simply and parsimoniously decisions are made. The second is effectiveness, i.e. how much those decisions achieve their objectives and shape matters. And the third is legitimacy, i.e. how much buy-in there is from those being governed.

The difficulty is that these three factors cannot be simultaneously maximised. The most efficient system is one where a single person decides everything, with no questions asked, which isn’t very legitimate (at a societal level) and often isn’t that effective. Conversely, getting everyone to have a say is much more legitimate, but horribly inefficient and also not necessarily effective. Effectiveness might come more with a technocratic clique deciding things, but then legitimacy raises its head again. And so on.

In a democracy, the focus is on legitimacy: the idea that people should control the reins of power is central. And because modern societies are too big and complex for a system of direct democracy to be viable, we use a representative system. That means we elect people to govern for us, with future elections and other oversight mechanisms in place to keep those people in check.

The point then of a democratic model is then that necessarily we don’t give those in power a free hand: we constrain them and force them to work with others to make advances. Even in as centralised a system as the UK’s, that means a prime minister has to convince their party on policy, as well as a majority in the Commons, and a majority in the Lords, all while working within a domestic legal framework. If their policy has any external implications, they also have to convince foreign counterparts that their policy is acceptable.

We divide up power in a democracy precisely to protect ourselves from the despotism and autocracy that so many have suffered under for so long (and still do, in some cases). Hence the Churchillian aphorism about democracy being the worst system there is, apart from all the other ones.

If we can understand the limiting nature of democratic life, then we can start to understand why politicians seem to be so unsatisfactory.

They can’t fulfil their promises, because they don’t have the ability to fulfil them: they have to work in a system designed to make them compromise and work for a broad conception of what is acceptable to people.

Which brings us neatly to the retort: why the hell do they promise stuff then?

For that I’m going to take another step back and make an observation about social values, including those displayed on Question Time.

For most of us, most of the time, we can get what we want. If I fancy buying a new car, I can pop online, search through the options, find what’s just right for me, as well as the best price and get it, delivered to my door by people eager to please. That’s the beauty of free market economics: I’m the customer and I’m always right.

Because that model is so pervasive, I suspect that people use it everywhere. Certainly, my impression last night’s audience was that they were asking “what can’t I have exactly what I want, right now?”

I’ve already noted above why that’s a problem in a democratic system, where individuals are subsumed into the whole: people aren’t consumers, but citizens, participating in collective decision-making.

Now, you might say, but I still want what I want. Certainly, I can think of people who do get what they want, seemingly all the time. But the core political value of a democratic system is that we are all equal. So just as we constrain those with power, we support those without. That means accommodation and compromise.

However, that’s not a great message to try and communicate to voters: “vote for me and I’ll get something done. Maybe.”

Even if that is actually what politicians should say – direction of travel, rather than concrete goals – they find themselves in a bidding war with each other. There’s always someone who will promise something more, so the others try to match it. It’s the kind of thing we all do.

And that’s my final observation. Politicians are people like you and me. They’ve decided to try and do things, but to do them they need your support. It’s fine to rubbish them, but then you have to accept that if they aren’t going to change things, then you are.

Democracies live and die by participation. A consumerist culture and a decline in trust might have blinded us to that. Democracy might not feel very satisfactory, but it’s a whole better than the alternatives. It’s a bit late to set up your own party, but you could vote: that would be a start.

Does anyone care about the UK and the EU?