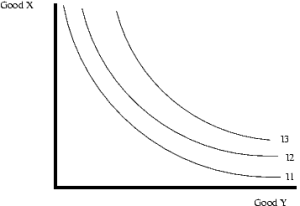 Somehow, finally, it’s the last week of campaigning for the general election. In previous weeks/months, I written about how the British debate has failed to pick up and explore in any detail what the UK’s relationship with the EU might/should be.

Today I’m swinging the focus around to the rest of the EU.

The prompt for this was the release on Monday of the Bertelsmann Stiftung’s report on the costs of Brexit. The content of the report itself was not particularly surprising – Brexit would have substantial costs for both the UK and other member states – but it was the first time that a non-UK based body has pitched in with such an analysis.

The British reaction was much as one would expect. More pro-EU media outlets reported the costs of exit, while Open Europe focused on the more positive scenarios (and poo-pooed the quality of the research itself). In short, a lot of conforming to type.

Beyond the BS (as Open Europe almost couldn’t help itself calling the Bertelsmann Stiftung) report, more general debate about the British election and its impact on the EU has been rather muted. Foreign media outlets have focused on the uncertainty of the outcome, but senior figures have tended to avoid any direct comment.

One exception was Jean-Claude Juncker, who noted on Tuesday that treaty change might be possible, but not to basic principles such as free movement. That such comments were made during a plane trip back from Kiev suggests that this wasn’t ever going to be a big thing for him, not least since he is well aware that it’s not his decision to make. Even so, sceptical voices in the UK took the comments as de haut en bas, with Juncker somehow ‘allowing’ treaty reform to be on the table.

Undoubtedly, there is concern across Europe about the next weeks in British politics: a referendum has never been closer to happening, even as Greece is turning into a potentially major catastrophe for the eurozone. Given the limited resources and volition of the Union, there is a distinct sense that the Brits just have to sort themselves out and then come back with a more defined set of demands before anyone will really spend time on them. Added to that has been the historical experience of non-British politicians being made to feel that their views had no place in any election campaign: discretion is very much the better part of valour at such times.

And so it continues. The British don’t see to want to talk about the EU; the EU doesn’t feel it can talk about the UK. Everyone knows that next Thursday is a critical junction, one way or the other, but one might be forgiven for thinking that no-one has really worked through how they are going to handle it.

How you see things is how they are: UKIP in the public’s eye

Why are politicians such lying shits?