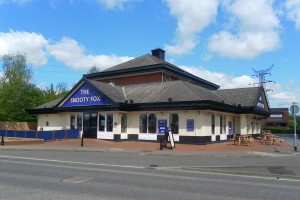 What happens when you google ‘snooty’…

On Tuesday I went to one of my alma maters, LSE’s European Institute, to listen to a panel on Britain’s EU policy. As well as storifying it, I’ve also been thinking about the discussion and particularly three of the things mentioned by Simon Hix, one of the panellists.

As has been discussed on this blog before, crisis is in many ways the dominant mode of the EU and its predecessors: there’s always something that’s a problem and which requires urgent (and improvised) action. If we can accept that, then the British situation is merely another in a long line stretching from the EDC and the Empty Chair crisis, and there will be a way to sort something out.

In this context, that might mean agreements for the UK that are not embodied in treaty reform per se, but instead in some novel form, such as declarations or intergovermental accords, or the like. As was pointed out at the event, some of the key British objectives might be secured through amending directives, a much more manageable (if still tricky) process than opening a new IGC.

Of course, the danger here is that if too many people come to believe that ‘a way will be found’, then that potentially increases the risk that it doesn’t happen, because everyone assumes someone else is doing it (indeed, that’s what I’m doing here too: I’m not offering any creative solutions): it’s a bit of a ‘tragedy of the commons’ situation, only partly mitigated by the presence of one party who have a strong interest in finding a deal: the British. Now that he is locked on this path, Cameron will not want to turn up empty-handed from any renegotiation, if only for his personal reputation and for getting through the next five years with his backbench, which gives him a good reason to find solutions.

However, there’s a second problem. As Hix notes, the dominant way that Brits talk about themselves is a great power (think Empire, sun never setting, UNSC permanent chair, beacon of all that is good, etc.): there’s not a great deal of humility going around, certainly not with this government. The German debate of tying oneself into a European system to protect oneself and others simply wouldn’t happen in the UK. And why should it, you ask?

Naturally, such a view is not universal – it’s one of the reasons that recent Tory governments have been rather suspicious of the Foreign Office – but they are deeply resonant. And in the context of a renegotiation, a view that ‘they need us more than we need them’ is likely to make matters more difficult to resolve. Yes, the UK is a big market for other EU member states, but it’s not as big as the EU market is to the UK: miscalculations of strength/influence raise the risk of an impasse.

And it’s not just the negotiators: the British public will have to be convinced that a meaningful and ‘successful’ deal has been struck by Cameron, if he is to benefit from that stage of the process. If we are going for novel, non-treaty based changes (as above) then that becomes easier to challenge.

“The renegotiation deal doesn’t actually matter at all: it’ll all come down to calculations of the benefit of membership”

In Hix’s view, this might not really matter in any case, because hardly anyone will be too bothered about any ‘deal’: they’ll follow broader cues and perceptions about the value of the system. In this, it’ll be 1975 again, where Wilson’s ‘renegotiation’ really didn’t come into matters at all.

I’ve got some sympathy for this view, since it’s clear that most people don’t have a strong (in the sense of being deeply held) view on the EU, but rather pile it into a wider understanding of their situation: limiting migrant worker benefits by a couple of extra years is neither here nor there.

What does become more important is the bigger picture of the EU’s situation: all the panellists agreed that if the Greek situation worsens, then that will badly damage the ‘yes’ campaign: why shackle yourself to a corpse, in the colourful metaphor of some sceptics. That a resolution in this looks to be no closer than before doesn’t bode well.

As this referendum campaign starts to gather pace, not least with next week’s unveiling of a referendum bill in the Queen’s speech, we are likely to see more of these dynamics. Enjoy the ride.