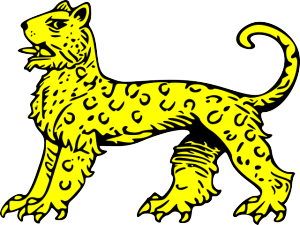 As part of my wide range of consumption of reading, I chanced upon an article that talked about di Lampedusa’s The Leopard, and its famous assertion that “everything needs to change, so everything can stay the same.”

It wasn’t talking about UKIP, but it might well have been.

On Monday, I was writing about Nigel Farage’s ‘unresignation‘, the refusal of the NEC to accept his stepping down and the seeming restoration of the order of things.

Since then, things have moved on a fair bit. Most importantly, the weaknesses in the party’s cohesiveness have been made all the more apparent.

Firstly, Douglas Carswell’s difficult relationship with UKIP has continued. His presence in Parliament, coupled to the 3.8m votes, means the party is entitled to about £650,000 in public funds – Short money – to support their parliamentary activities. Reportedly, the party wanted Carswell to employ 15 assistants: Carswell publicly refused, noting that he neither needed that many nor supported the idea of Short money at all. ‘Discussions’ ensued, but will no resolution to date.

Secondly, the position of Farage himself looks more precarious than before. Today, Patrick O’Flynn, campaign director, is reported as saying that Farage has become ‘aggressive and snarling’ and risks building a personality cult. Even if it’s clear that some of the blame for this is apportioned to aides, O’Flynn’s comments are being taken by many in the media as a sign of internal conflict. Certainly, the emergence of that hitherto-unknown beast, the ‘unnamed senior UKIP official’, points towards some fairly conventional party politics and conflicts.

UKIP has, of course, been here before. Several times. The classic pattern of the party’s development has been precisely the securing of some notably success, followed almost immediately by internal dissent and conflict, usually quite savage. Think of the 2004 Kilroy-Silk episode, or Godfrey Bloom’s upsetting of the 2013 party conference. Indeed, the biggest surprise is that the party avoided such a cycle of self-destruction last year, after the European elections.

This is not to say that the party is doomed to fail. Quite the opposite: despite all these ruptures, the party has persisted and grown, and it would be a foolish observer to suggest otherwise at this stage.

What it does highlight, just as the unresignation did, is the thinness of the party’s organisation.

Carswell’s beef is arguably more consequential. He effectively has the party over a barrel on this: if he leaves to sit as an independent (with or without another by-election), then UKIP loses access to the Short money. As has always been clear, he is his own man, with his own ideas, and the friction of leaving is relatively low. The working assumption should be that he joined on the basis that he would have a relatively free rein and that he has taken the claims to recast politics seriously.

Farage’s position remains unclear – indeed, yesterday was the first I recall someone saying he was unavailable for comment – but given the strength of the clique around him, it would seem more likely that he’ll survive this turbulence than having to bail out. That in turn means more purging/departing of the dissatisfied, especially if the Short money cannot be used to help support the party’s growth.

O’Flynn might be over-stating matters to talk of Farage’s changed personality, but certainly the party is now in a different position and its leader’s ability to treat all as light-hearted fun reduces with each new triumph. Trapped by a lack of obvious successor – in part because each new face has been put in their place by Farage – he now has to tread a fine line between serious party management and his personal branding.

A Diet of Brussels

The Brexit referendum: some underlying dynamics