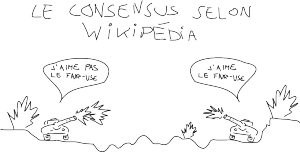 Thank goodness we’re beyond that when talking about the EU. Oh, wait…

Think about your significant other. Now think about the costs and benefits of your relationship with them. If you think about in purely financial terms, then you’ve probably run up some costs purely because of that relationship – that film they wanted to see, that trip to their parents’ – and others that are bigger because there’s two of you – that holiday last summer. Sure, there are some things that were only possible because you split the cost – the rent or the mortgage – but even then you’d have lived within your means. Indeed, you might feel that you’d be better off out of the relationship, that your style is too cramped by it all.

But hang on. You didn’t (I assume) start the relationship because of the finances, but because you saw there was a bond between you and you gained in many different ways. You felt (and hopefully still feel) happier, more secure, more complete as a person. Things you can’t put a price on.

Now I’m certainly not going to over-egg the analogy with Britain’s relationship with the EU: it would be foolish (and incorrect) to pursue the Eastender-esque position of shouting at you “but we love each other!” However, I am going to suggest that it is all too easy to fall into the trap of trying to make the evidence fit the conclusion you’ve already decided on.

All of this is prompted by the recent publication of Business for Britain’s Change or go report. The aim of the report is to set out both the group’s view on what the current renegotiation needs to achieve and how the UK could survive – and thrive – outside of the EU, if it weren’t to get those things. Given that BfB isn’t that confident about the first of these points, you might consider it something of a blueprint for a post-Brexit future.

The report rests based on two assumptions: that the status quo in the EU is bad for Britain and so the relationship between Britain and the other member states requires fundamental change; and that Britain could thrive outside the EU and therefore, failure to secure reform would be an acceptable path to take. Both of these assumptions are based on flawed reasoning and are coloured by rather partial approach to both evidence and analysis, and a deep unwillingness to concede the many benefits that EU membership has brought Britain.

A good example of this is the headline claim that Brexit could make every household in the UK £933 a year better off. However, at least a third of this is argued to come from not being part of the Common Agricultural Policy, which BfB says would lead to drops in food prices. That neglects that there is no longer any direct price support: as BfB themselves say: “potential gains from radical reform of the CAP would be even higher”, something that the UK has been pushing on with much success for many years. Likewise, the argument that any British government would give up all the revenue it gains from VAT on petrol or on alcohol (almost another third of the total) look heroic and ideological, rather than any kind of practical politics.

The whole report being swamped by similar hypotheticals, and whilst the truth is that no one really knows that Britain outside of Europe would really look like, this report has ignored some of the existing data that is worth considering. For example, the CBI concluded the total benefit of EU membership to be between £62bn and £78bn, worth at least £3,000 a year for every household in Britain. Precisely because the costs and benefits of membership are not purely financial, to stick a figure on it is a less than helpful exercise.

Despite this, as the vote itself draws closer, many undecided voters across the UK are likely to be swung by core economic arguments about jobs and trade. And on this area in particular, the Business for Britain report is deeply unconvincing. Almost half of British exports are sold to the EU, with no more restrictions than they face if they were being sold within the country. On the outside, those goods and services – cars, chemicals and food and drink – would lose that privileged access. The suggestion that traders be given “compensation” for any tariffs is not only economically questionable, but also further undermines the claims to make savings from any exit.

One would have to wonder whether such a system could see this as sustainable in the longer-term, either by industry or by taxpayers. And it doesn’t seem to take into account the potential losses from non-EU firms relocating their business out the UK: the low-tax, well-regulated liberal economy of the UK might still be a draw, but the loss of open access to a market of half a billion people is not insignificant, as has been reflected in public statements from various companies of late.

But it’s not just on the economy that the report seems to be taking a selective approach to the facts on the ground. BfB also looked into central issues of Britain’s place in the world, and specifically at defence and foreign policy. Yet far from offering an accurate account of the many threats facing our citizens in the 21st Century, the chapter appears to be based on the idea that the EU could “stifle or contradict” British interests internationally.

This simply isn’t the case. The EU’s foreign and defence policies are controlled by member states, and each member state is effectively free to pursue its own course if they can’t find common agreement. Whilst advocates of Brexit often argue that Britain’s relationships with the United States, the wider Anglosphere and the Commonwealth countries could improve upon leaving the EU, it is also clear that no government, in any of these states, has called for Britain to leave Europe, and is unlikely to do so.

Indeed, actual examples of how our EU membership has damaged the special relationship remain unarticulated. Ever since the 1960s, every US president has been not only supporting of European integration per se, but also of British participation in that integration. When President Obama said “we want to see a strong British voice in that European Union. That is in the American interest”, he was simply repeating a view that stretches back to the days of Kennedy.

As so from matters of state to trivialities: according to BfB, Brexit would allow Britain to bring back “national-flagged driving licenses” and old passport designs. The report also informs us that “the Eurovision Song Contest is not run by the EU and is not limited to member states”, which at least has the merit of being true, but not really the point of the whole exercise.

The voters who will decide Britain’s future in or out of the European Union need to make up their minds based on facts and reasoned argument. This partial account of our membership does not advance that process, having made up its mind on the conclusions before producing some questionable justifications.

This approach isn’t good for Britain, whatever the outcome of the referendum: the campaign offers us a golden opportunity to have a real and meaningful debate about what we want Britain to achieve in Europe and in the world. Only if we lift up our eyes will properly appreciate all of the facts that will let us achieve that.

“Narratives of Intervention: Perspectives from North and South.”