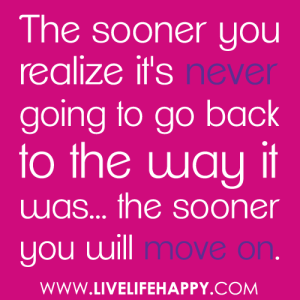 Ever since the Eurocrisis first broke I have been firmly of the view the Greece’s exit from the Euro was not an option. This has nothing to do with democracy  or the rights and wrongs of how anyone was acting, and everything to do with contagion.

If the history of European integration has taught us anything over the past 70 years, then it’s that there are a very number of options of how things can develop:

This last is the rarest, because once something’s in place, there is a vested interest in trying to make it work. Certainly, once there is an institutional and procedural system in place, it becomes much harder to step back. Hence the Werner plan fell because the macro-economic situation took a nosedive before anything could be actually nailed down, while the Euro – once launched – was always going to be much more resilient.

And so it’s proved.

That’s certainly not to say that the Euro is a success – any number of economic analyses can tell us that its benefits are very limited and unbalanced – only that it is resilient. It stands as the central project of European integration post-Maastricht, the physical manifestation of the process that sits in the pocket of millions of people.

Both economically and politically, the Euro is something to be defended. Economically, any exit of state would create huge transition costs to that country, as well as substantial losses to holders of that state’s debts. Politically, it would call into question not just the Euro, but European integration as a whole.

What joins those two aspects is the contagion effect that it presents.

The Euro is set out as an irrevocable process. Even if the treaty only says that exchange rates are ‘irrevocably‘ fixed, then there is still an understanding that if a state joins, then it stays joined. There’s no exit mechanism, there’s a stripping out of local capacity to retrieve control of a currency: national central banks become little more than local offices of the ECB. In more practical terms too, the removal of any easy way to revert to local currency makes it very much harder indeed so to do.

That irrevocability is important: it’s a way of trying actors into the process, to reduce free-riding, non-compliance and non-implementation. Just as the rule of law is important in this regard, so too is the practice of a shared venture. It’s not a coincidence that the system is characterised by a high volume of meetings between senior and junior politicians and bureaucrats.

However, all of this obscures some underlying facts.

Firstly, this remains a treaty-based organisation, so there is always an ultimate sanction of complete withdrawal from the Union (a la UK). Even before this, there might be limits to the willingness of the Union to formally penalise a member state for non-compliance. Yes, there are fines, but limited means to retrieve them, and no one seems keen to use the suspension of membership rights following the farce with Austria in 2000 (a case that now looks rather mild in comparison).

The Exchange Rate Mechanism is a good illustration of this aspect. Originally designed to limit fluctuations, the ERM progressively hardened in the late 1980s, with the DM becoming the anchor of the system. By the time the UK joined in 1990, the DM rate was taken to be fixed. However, markets soon decided that this wasn’t actually true and applied pressure well beyond the capacity of central banks to resist. The result was the ejection of the Pound in 1992, followed a year later by such pressure on the French Franc that the ERM had to be changed, so as to become largely meaningless. Once it had been established that ejection was possible, then markets happily worked on the basis that others come be made to follow, and so it proved.

The ERM rupture tells both that irrevocability can be overturned if there’s enough determination so to do, and that there’s usually a way to package it so that at least some face is saved.

Which brings us to the current crisis.

Greece matters, in of itself, but in continental terms it is tiny. The debt involved is a small fraction of the Eurozone economy (hence the seeming viability of crowdfunding efforts). But how the Greek situation is resolved matters.

Eurozone leaders have at least half an eye to the future in all this: if Greece is ‘let off the hook’ then that will give a signal that other states can expect the same treatment down the line, so there’s no real need for full compliance in fiscal and monetary policy. That’s neither acceptable to core Eurozone members nor something that can be sold to their electorates.

However, the commitment of member states to the Euro as a project means that Grexit would put them in a similar position to the ERM in 1992: if one country can be forced out, then so can others. And one doesn’t have to look far at all to find dubious finances and limited political commitment to economic reform. They may not be as acute as Greece, but the other Mediterranean members are keen not to have their resolve tested. This also provides a partial explanation why France is so keen to support a happy resolution.

Much of this process is implicit, built deeply into the logic of the system, but now we seem to be moved into a phase there it is coming into question.

The events of the past week, especially post-referendum, have highlighted an alternative approach to irrevocability. The presentation of a deadline for Greece to produce a final set of reforms marks a distinct ramping-up of the pressure on the country.

In essence what now seems to be the line is that if Greece doesn’t step up to the mark, then the consequences will be massive and complete: not just exit from the Euro, but from the EU as a whole. The credibility of this is communicated by the almost complete inflexibilty in the face of the referendum result, despite the metaphorical olive branch of Varoufakis’ departure as finance minister.

In short, the costs of non-compliance are being scaled up to such an extent that even if Greece does fail, everyone else will recognise that shit very much got real and they would be incredibly foolish to try the same thing. It’s the battle of Minorca again.

Two reflections on this are worth making and stressing.

The first is that the only reason such a threat is now being made is that the system has failed to find a resolution before now. The usual trading that is encouraged by a high-communication environment hasn’t really happened, just as a softening of positions hasn’t taken place. That’s a poor reflection on all involved, from Greece to the Commission, IMF, ECB and other Eurozone countries.

The second is that this approach is unlikely to work, because it still doesn’t seem very credible. Will Greece really be kicked out of anything? Juncker talked this week about fully developed plans for removing Greece from the Euro, but the Greeks don’t seem to have anything equivalent, and all the practical and economic difficulties of re-introducing the drachma remain. Likewise, ejection from the EU would be fraught with legal difficulties, and would drag for years.

All of which leaves us very much in the same position as now: a mess. The added danger is that by making unsustainable threats, the Eurozone further undermines its credibility: as an illustration of that, try and find someone who really believes that Sunday is the final deadline for this.

On the need for proper debate, not propaganda in the EU referendum