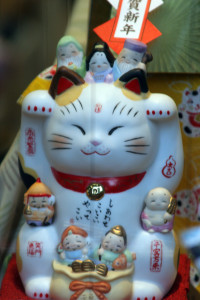 There is much to give concern in the world of European politics these days. From Greece to the UK, the Mediterranean to Finland (even Austria), you don’t have to look far to find examples of ‘how it’s all going belly up’ (to quote one of my colleagues).

It would be simple to take the counsel of despair, throw our hands up and reject it all. Surely everything tells us that Nigel is right and we should just put ourselves out of our own misery now. What possible value can there be in a system that tramples on Greek democracy, demonstrates scant respect for those who have risked their lives to reach our countries and apparently couldn’t organise an economic recovery worth the name, when everyone else did it some years ago?

Eurosceptics have long made much of how the EU holds back states, either economically or politically (or both), but never have such arguments had such resonance: my Facebook and Twitter feeds are full of people decrying it all and wondering it’s worth it any more.

I have a degree of sympathy with such views: certainly the Greek crisis has been a masterclass in how to make things worse, with all sides making unreasonable assumptions and not accepting that they have to make some concession. The realisation of the profound interdependence between all the actors is there, but only partial – each knows that it has the other over the proverbial barrel, but hasn’t yet worked out that they are in the same situation too.

All of these things highlight that we do live in an interconnected system, where the actions of one affect the lives of others. Contrast this to the dark days of 2008/9 as the great recession broke. Then the reflex was to national action, supported by global coordination: the European level of governance felt (and was) largely irrelevant. For all that people talk of being ‘ruled by Brussels’, Brussels mostly sat on its hands or followed the lead of the G20 or of member states: anyone who thinks the 6-pack resolved the situation needs to go and look again.

But now the European level is central once more. This is partly because of the issues involved: Greece’s economic situation is directly linked to its membership of the Euro, the migrant crisis is linked to the Dublin Convention and Schengen, the British Tories seem to focus on little else. But it’s also because the EU is a relevant political arena and the way in which European states treat with each other is very different from how it used to be.

And here’s the rub. as Rafael Behr rightly pointed out in a great piece yesterday, the EU isn’t here to crush democracy. I wrote something similar last autumn:

The EU is not a hegemonising monster, intent on steam-rolling everyone and everything into uniform submission, but a mechanism for accommodating differences.

That might feel somewhat unsatisfactory, but Behr asks us to consider the alternatives.

A collapse of the Union would certainly come with transition costs, whatever the ultimate outcome, particularly for states like Greece. The removal of a system of institutionalised interaction might offer succor to those who would take a more autarkic and/or nationalistic view of the world, if only because goodwill might be in short supply.

If this sounds like ‘Project Fear‘ again, then maybe reflect on this last point. Perhaps the only reason people feel they can confidently talk about stepping away from the EU model is precisely that model has made a more stable and non-conflictual way of working with each other possible. The big question then has to be whether attitudes have changed fundamentally or remain contingent.

The perception gap: Calais, Greece and Brussels in the British imagination