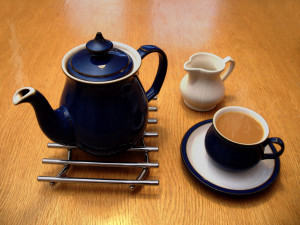 Even this is not going to cut it…

Earlier this morning – a bit before 8am, in fact – a family friend turned up at our house, ‘for breakfast’. This turned out to be a misunderstanding of what we had thought was a jocular exchange of texts last night and certainly was not one the house was prepared for. Of course, being archtypes (of a type), we just put the kettle on and had a laugh about it.

I mention this as a very mundane example of a perception gap, the mis-signalling of intentions and actions. In much of our lives, we can just have a cuppa and move on, but this week is demonstrating how sometimes that process can run away from people. Today’s European Council is a case in point.

It’s as depressing an agenda as you’ve ever seen, from Greece to Calais, with a detour to the UK over dinner. It looks very hard for anyone to pull much positive news out of that little pile.

But rather than dwell on that aspect, it’s perhaps more productive to consider the perception gap between the UK and the EU.

For those critical of the EU, we might break down their views of the different problems into the following categories:

“The EU is ineffectual”

The Calais strikes and attendant migrant crisis have been treated with much restraint by the Government, who recognise that annoying the French authorities isn’t any kind of productive option right now. But sceptics have been much more free-flowing in their attacks.

To take just one example, the UKIP MEP Nathan Gill tweeted: “Absolute chaos at Eurostar as all trains cancelled due to migrants storming the tunnels. #NoThanks to EU open borders” Quite what he thinks the EU should have done to stop or remove the strikers or the migrants isn’t clear, but the failure to have (relatively) free movement is clearly a stick with which to beat those in favour of integration.

Likewise, criticism of the French government for allowing migrants to traverse France to get to Calais in the first place highlights a lack of understanding about Schengen, not to mention a questionnable attitude to the use of profiling in police checks. Would they be any happier if the gendarmerie stopped anyone who looked like an ‘illegal migrant’? A difficult stance, especially for UKIP with its professed non-racist or xenophobic position.

“The EU is other people’s problems”

As today and tomorrow will expose all too clearly, one country’s problem is actually every countries’ problem in the EU. This has always been true, but until the Union institutionalised the interdependencies that wasn’t always so evident. Thus what happens with Greece has material impacts on all other member states, regardless of whether they are eurozone members or not.

Which makes the heterogeneity of Cameron’s talking point all the more obvious. In a system of give and take, he has to sit through long discussions about Greece – without being a eurozone member – and the migrant crisis – without being a Schengen member, and having made clear the UK won’t take any quota of migrants – before asking everyone to do him a favour. Small wonder that attitudes have been cool and distracted: other member states’ governments appear more comfortable with accepting that they are part of a system that requires some leaning-in and helping out, not just injunctions to ‘sort it out’.

“The EU has no future”

The concatenation of problems now facing the EU makes this argument seem ever more compelling. One does not have to look far to see the signs of discord and tension, from Hungary questioning its Dublin Convention commitments, to Marine Le Pen talking of leaving the Union, to Renzi’s secretive ‘Plan B‘ to handle the influx of Mediterranean migrants. Everyone looks hacked off, everyone seems on edge.

In the British context, that has some impact on the referendum debate, as the ‘No’ side continue to paint a picture of a deadweight EU, dragging down the UK. Business for Britain’s ‘Change or Go‘ report – being slowly released this week – is very much in this vein of thinking.

That might all be true, but the great unknown is whether any of the alternatives facing Europe are any better. If the EU breaks up, then what happens to the liberalisation of markers that has run far ahead of the rest of the world? What happens to an Eastern Europe confronted by a Russia that is already highly adept at exploiting division? What happens to all the other institutions of cooperation, like NATO? If we can’t prosper together, why should we apart?

This is the point where someone accuses me of doom-mongering, and I guess there is an aspect of that, but it would surely be remiss not to at least consider such questions, at least to come to answers that provide some reassurance.

The EU isn’t perfect, but perfection is impossible. Perhaps if we worked to make what we have better, rather than scrap it all, we might make some progress.

The view from Chisinau: Cameron’s fantastic(al) luxury of choice