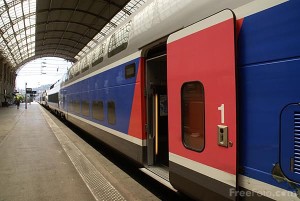 One of the staples of academic understanding of the EU is the notion of the two-level game. The idea – first articulated by Robert Putnam – is simply that there are situations where you can only understand an actor’s intentions and actions in one game/interaction if you also accept that these intentions and actions are shaped by their involvement in other games. Putnam was interested in the entanglement of international and national political arenas, so it’s not so surprising that EU scholars have taken to using the approach, since the tensions we find in European-level negotiations are often only understandable if we know the domestic pressures that national representatives are facing.

Central to this model are those representatives, since they connect the two level. Thus they function as conduits, as well as gatekeepers, since the relevant pressures at both levels might not be public knowledge. Most importantly, they work as arbitrators, trying to find acceptable compromises to trade off the array of interests and pressures. As an aside, we might note that this has the practical implication of strengthening national executives, as they are usually the representatives, and so can use European-level negotiations to out-manouver legislative and civil society elements.

It’s helpful to look at the UK’s renegotiation-n-referendum exercise in the light of this model, because it doesn’t yet fit very neatly.

Undoubtedly, the key driver is domestic politics: as I’ve long argued, David Cameron’s European policy is no more than a function of internal party management, framing by a broad desire to pursue the path of least resistance. The referendum commitment itself still looks like a misguided effort to put his backbenchers back into their box, at a time when a Tory victory in May 2015 looked less than likely.

This isn’t inconsistent with Putnam’s model, but where there is an issue is in the nature of the European level.

George Osborne’s speech to the German BDI this week was a case in point. While the BBC and other British media providers tagged along and provided copious amounts of coverage, the lack of German media interest was palpable: beyond some wire reports, none of the major German providers ran with the story.

That Berlin speech by Osborne… Not a single mention of it on FAZ, Süddeutsche, Spiegel or Tagesschau sites. DE doesn’t care. #brexit #EUref

This might be partly explained by the continuing failure of Osborne/the UK to provide any real detail of the renegotiation objectives – the least possibly alluring Dance of the Seven Veils – but it also reflects the general indifference in other member states – and, by extension, in much of the EU – to what Cameron is trying to do.

As we roll around to the end of the first six months of this government, the persistent impression from other member states has been that this is a British problem, that the British government has to sort out. The most telling comment around Osborne’s came from the BBC’s Laura Kuenssberg:

Evidently, the inability of the government to provide any detail on its demands only reinforces this dynamic, since it conveys the impression that the key issue is whether the Tory party leadership can ‘sell’ the renegotiation package to their backbench and to the public, rather than any particular matter of principle.

The challenge to the UK then is this: do national representatives still maintain their gatekeeping function?

At a functionally level, they still do, but the increased awareness of what’s happening in the other arena of negotiation makes it ever harder for them to play an arbitration role. All of the key British negotiation team are being closely watched at home for any sign of weakness or duplicity – even in the most tenuous of ways – with the very presence of the referendum given them cause to be concerned about displeasing too many people. Likewise, the very public nature of the British debate – again, causing in part by a government that won’t set a clear agenda – means that other member states have a good fix on what Cameron’s bottom-line will be.

In short, the space for the British government to build space between the two levels is getting smaller, rather than larger. Even the broad construction of the four key areas is under constant challenge, as both British and European voices try to close down particular interpretations or approaches.

Strikingly, the situation looks to be rather asymmetric, in that British visibility of the domestic constraints in European counterparts looks to be much weaker than vice-versa. This manifests itself in a number of ways, but again Osborne’s speech gives us an insight into the problems.

Osborne knows enough that his speech needed to be framed in more positive language than that of simple demands. To read the text is to see an approach that stresses collective benefits of both EU membership and reform for Germany and the UK. This message – that British intentions are actually good for the whole EU – make clear sense in building alliances of support, but they only get made outside of the UK: Domestically, the rhetoric is about fighting for British interests (whatever that might mean). And, unsurprisingly, that domestic rhetoric is heard outside of the UK.

In essence, the British renegotiation looks more and more like a single-level exercise for the UK. Unless and until the government can come to a public statement of its intentions from the exercise, the only people it’s really negotiating with are themselves.

(Not) Getting to Norway?

The curious path of Vote Leave