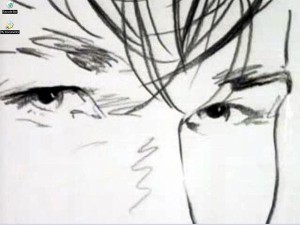 Nordic countries generally have a good rep. Whether it’s their pop music or their high level of social and political development, they tend to get looked up at. But just as there’s a Ylvis for every ABBA, so too is there a David Cameron for every Francis Fukuyama.

Cameron doesn’t want a ‘Norwegian option’ for the UK, by which he presumably means he doesn’t think it’s any advantage to move out of the EU and into EFTA and the European Economic Area, where the UK would keep full market access to the EU, but while losing a vote at the table. And keeping on paying into a central budget.

As opening gambits go, it’s not bad: it puts Cameron in a more favourable light, as someone who’s not just thinking about what’s wrong with the EU, but also about what alternative models there might be for the UK. It allows him to underline the point that institutionalised power – even if it’s not always dominant or successful – must be better than just sucking up what’s given to you. The phrase ‘government by fax‘ is to be heard (just).

There are, of course, some problems with all of this.

The most obvious one is that hardly anyone seems to want to be like Norway, including many Norwegian politicians and commentators.

Norway – even more than the UK – is the country that has had the most comprehensive review of its relationship with the EU. Among assorted commissions, reports and parliamentary enquiries, the country has explored both the impact and politics of its participation in the EEA. The short version of all of this has been a recognition that Norway is a member state in all but name, since the two referendums on joining have blocked that path. While the EEA Agreement allows for the blocking of implementation of relevant legislation, that mechanism has not been used and even the opportunity for pre-legislative consultation has been rather limited. While one can dig up an Icelandic fisherman to say that this works pretty well, it’s less easy to find a Norwegian politician who’s as enthused.

Such apathy/dislike extends to the UK, where a lot of eurosceptics don’t see it as an option. Of course, that’s not universal, but you’ll not find it advanced as a solution by Vote.Leave or Leave.EU.

Thus it’s a bit of a straw man, and one that logically sets up a trip to the Alps to explain why the ‘Swiss option’ isn’t an option either.

If all of this tells us anything at all, then it is that the only model that’s likely to fit is the ‘British option’, because the EU has been highly adaptable in shaping particular relationships with particular countries. A quick glance at the long list of adaptations already for the UK only underlines the point: on EMU, on Justice and Home Affairs, on Schengen, on Pruem, on budget rebates.

The approaches taken with other countries will only ever take the British debate so far, because the starting points and the trigger points are so different. Most obviously, the UK is a member state wondering about moving out, or further away, while everywhere else is either trying to get in, or to get as close to in as possible without making the final step. It’s also a much more substantial economic and political power than most of the other European states dealing with the EU, with a soft power presence that is very considerable.

Until the debate turns more fully to the UK, talk of Norwegians or Swiss isn’t going to help matters very much.

Can the UK still play a two-level game in the EU?