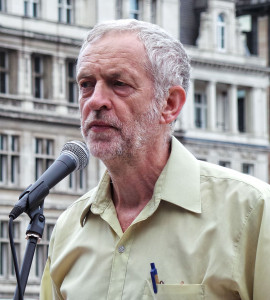 This is another one of those weeks that hasn’t shaped up too well for Jeremy Corbyn: between Syria and tomorrow’s Oldham by-election, the seemingly perpetual cavalcade of tricky situations and own-goals just carries on for the Labour leader.

Regardless of how the Syria vote today turns out or how much of a battering the party takes tomorrow, Corbyn is going to remain leader for the foreseeable future. He still retains the confidence of most party members – who constitute his key electorate – and there is no good alternative leader. Indeed, there’s no alternative leader of any given quality: the most credible options tucked themselves well away after May’s election and have no incentive to return to the fray until 2020, when the opportunity for acting as the white knight look much better. A shadow cabinet that contains deep cleavages on policy and much ambivalence to Corbyn personally isn’t going to change that.

All of which might seem rather bad for Labour and rather good for the Conservatives – whose own putative leadership contest now looks like a question of who gets to be the next Prime Minister. But it does raise an interesting question with regard to the EU referendum.

Let’s firstly assume that Corbyn is still leading the party by the time of the vote, mainly because the situation outlined above isn’t going to change with any speed. Even if the date of the vote does get pushed back to 2017 – unlikely, but possible – then the reduced time for a new leader to be selected and bedded in by Labour will act as a barrier to swapping Corbyn out.

At the time that Corbyn was elected, his hesitancy about the EU was seen (by me at least) as potentially a strong asset: Cameron had a good reason to find some words to reassure Corbyn about workers’ rights, which in turn would allow Corbyn to come out in favour of membership, making the Remain campaign more clearly cross-party and opening up a political space for others to make up their mind in a similar fashion.

The question is whether the experience to date of Corbyn’s leadership have changed this. Three thoughts come to mind on this.

The first is that his ability to influence public opinion in general looks somewhat diminished. On both policy and rhetoric he stands outside the majority view and even makes it difficult for some nominal supporters of the left (defined broadly) to go with his views. As such, there is a danger that any pronouncement he makes will be tainted by this attitudinal disposition.

The second is the corollary of this, namely that Corbyn has built up a reputation as a man with a principled worldview, to which he will cleave, even if it is unpopular. This partly explains his popularity with party members, many of whom reacted badly to the middle-ground-seeking behaviour of Tony Blair and the old-Labour-lite of Ed Miliband. When he does come to a decision about how to vote, his supporters will be more likely to consider that he has reached that opinion for solid, reasoned imperatives, rather than political advantage and might be even more inclined to follow his lead.

However, this brings us to the third issue, namely of how Corbyn will vote.

His ambivalence about the EU is clear and genuinely held: consider his non-involvement so far with the new pro-membership grouping launched by the party this week. If life does not get any easier for him over the coming year – and there’s no reason to think it will, short of some particularly egregious policy failing by the government – then his incentives to lend a hand to Cameron in the referendum look somewhat reduced. If doing what is right also allows you to get one over on your political opponent, then all the more reason to do it. If that happens, then the referendum will only get more tricky for Cameron, who may come to wish that he had made more effort to keep Corbyn onside.