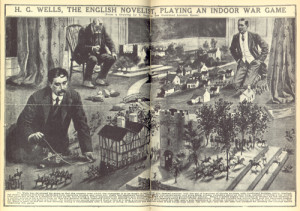 So much easier than talking to real people

Everyone’s favourite parlour-game – “when’s the referendum going to be?” – continues unabated, with no-one claiming the prize a mere nine months into the discussion. The combination of a British prime minister unwilling to set out very specific demands from his renegotiation, a Foreign Office apparently unwilling to commit anything to paper, plus the rest of the European Union only marginally involved in the discussions as they wrestle with weak economies and refugee crises, all have led to much heat and little light on the basic timing.

The parameters are clear and have been for a very long time: sooner makes it harder to produce a more substantial deal, but later means more chance of something unexpected unsettling matters. Even this week has demonstrated this key tension: the wobbles in global markets have the potential to pull the rug out from under both British and European economic growth, which can only help Cameron’s opponents in the Leave camp.

Likewise, the reasons for not settling on a date are equally clear: Cameron doesn’t want to box himself in any more than he already has (cf the end-of-2017 hard deadline for a vote), plus controlling the time gives him the edge in the official campaign period (as it did before we moved to fixed terms for Parliament).

Since the very-early-vote option has come and gone, we now face a choice of three main possibilities: June 2016, September 2016 or some time in 2017. Just as armies really try to avoid fighting in the winter, so too do politicians try to focus their efforts on the warmer months around the summer break, because they know it’s better for turnout and generally better moods.

Critical in all this will be the February European Council. If a political deal can be brokered there, then there is enough time for Cameron to get the necessary work done in Parliament for a June vote.  While an emergency second meeting is technically possible, it’s hard to see there being enough momentum behind that, sufficient not simply to say to wait until the June meeting: as much as other member states might have sympathy for Cameron and his situation, it is still seen largely as ‘his situation’, rather than a wider problem for the EU. Whether that’s right or wrong – and it’s not a clear-cut issue – that does tend to put a limit on their willingness to accommodate local politics.

Right now, however, the mood music is very positive. Cameron and other ministers talk repeatedly about a deal coming together, while Tusk and Juncker make all the right noises. Even if only pre-emptively, the main campaign groups and the media are also girding their loins for a June vote.

This relative acceleration of pace since the autumn can be put down to a number of factors.

Firstly, the December European Council was very helpful in that Cameron finally got given time to explain what he was trying to achieve. That seems to have stripped away a lot of the negative press around his renegotiation, reassuring fellow Heads of State & Government that this is a limited exercise, and one that will be of benefit to the whole Union, not least because it would speak to the other challenges facing it.

Secondly, the British government has been at the more accommodating end of the spectrum in its negotiations. The ‘full-on’ treaty change of last year has gone, replaced by the suspiciously legalistic formulation of ‘legally-binding, irreversible‘ agreements, while the position on welfare reform was always more flexible than many had taken it to be. In a system that thrives on creative accommodations, that can only help.

Finally, several key member states have an interest in tying off this issue, so they can either get back to their other agendas, or so that they put space between this and looming national elections. France and Germany are vital in this latter respect, since their 2017 votes might potentially open up pressure for similar deals with the EU, with which neither Hollande or Merkel will want to contend.

Despite this, it is also worth noting that problems still abound over the next month.

Most obviously, the continuing opacity of the renegotiation mean that Cameron might be tempted to push for some metaphorical icing on his cake. Even if the big lines of the agreement might be coming together, the pressure to get just one more thing will be high, especially from his backbench. Even if it does turn out to be something as trivial as blue-covered passports, that might be enough for one of the other Heads to throw up their hands and block a decision.

Indeed, that is already an issue. The recent visits to Poland and Hungary were important for Cameron in building a consensus, but they also highlighted that a price will be extracted by other member states. That price might be only loosely connected – as with the Polish request for support on NATO bases – but in other cases it might well fall squarely within the EU remit. Finding a solution for the UK means pay-offs for others, which the UK might not like, just as the Union might not like them. Given that we are in the land of unanimity on all of this, that gives a lot of leverage to states that might have bees in their bonnets. That the Commission has chosen this moment to bring forward proposals on reform of free movement is indicative of the constant potential for change (and of the Commission’s seeming inability to manage the interconnections of European politics).

Aside from all the European pressures, it’s also clear that domestically Cameron faces pressure to avoid June, not least because it will overshadow local elections. Since these latter potentially represent a good opportunity to underline UKIP’s re-marginalisation in British politics, which in turn might help with a later referendum vote, that might strike Number 10 as less than troublesome.

This is then the key message from the continuing uncertainty. Cameron continues to treat this as a tactical issue and one of party management. While one might argue that this is evidence of the mainstreaming of European politics into the domestic realm, it is more accurate to say that it is evidence of the continued inability of British politicians to grasp relations with continental Europe fully and firmly. Unless and until that happens, the pantomime of ‘being firm on Europe’ will continue.

Who can you trust on the EU?

You find rabbits in warrens, not in hats