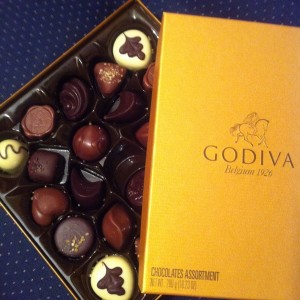 Despite the best protestations of senior ministers, there is a definite sense that the British government is working very hard to get a deal signed off at next month’s European Council. David Cameron’s rescheduling of a trip to Scandinavia to meet Jean Claude Juncker instead is just the latest marker of this.

Part of the reason for this acceleration is the recognition that further delay is unlikely to produce any major shifts in positions, but is likely to offer more opportunities for external factors to intervene and make life more difficult for all involved. As Philip Hammond noted this week to Parliament, the renegotiation is not at the top of the list of EU priorities, and there is a palpable sense of anxiety over the current conflation of the refugee crisis and the unpicking of Schengen. The UK issue looks simple in comparison.

But part of the reason it looks simple is that it has been repeatedly understood in Brussels circles as a matter of creating an attractive looking package for British voters that doesn’t necessarily cause too many material implications for the EU or other member states. The whole discussion around ‘Ever Closer Union’ best illustrates this point, where the unwillingness/inability to engage in treaty amendment means that we are heading towards some form of repeating the European Council’s 2014 statement on what it does and doesn’t mean (that this was already done in 2014 doesn’t seem yet to be a barrier to doing it again).

But that sense has long pervaded the discussions, particularly once it was made clear that the UK was not going to pursue treaty change. Without that in play, the options became a lot more constrained, given the existing legal order.

In short, everyone’s looking for the proverbial rabbit from the hat: something that looks impressive, even if it is a sleight of hand.

The only problem seems to be that no one has yet found that rabbit, possibly because it doesn’t exist.

The most obvious gambit in this direction has been the UK government’s repeated use of the phrase “Legally-binding and irreversible”, which has the sticky fingerprints of legal counsel all over it. Possibly they have in mind something akin to the Danish clarifications of 1992 (negotiated by the then British Presidency) on the Maastricht treaty, or a protocol like the one buying property in Denmark. Possibly they just want something that looks more robust that a simple statement of the European Council, something that can be presented as a more legally-meaningful document.

Of course, any text, legally-binding or not, is subject to change over time, so the notion of irreversibility is not very helpful here, but recall that we are talking about the optics much more than the substance.

The problem with any of these options is that they are still quite ponderous and, more importantly, no one really knows what they might contain, beyond something deeply banal.

Moreover, because the UK’s concerns are shared to some degree by other member states, there is also a possibility of launching a legislative assault on this, perhaps to clarify limits to welfare benefits for those not in employment (thus cementing the ECJ’s rulings on this). Even if a trialogue could agree on such a text quickly – doubtful, given the European Parliament’s general hesitations – this would also be a medium-term solution at best, and would require even more institutions to buy into making a deal for the UK.

Which leaves only two options. Either the UK undertakes some kind of unilateral action and hopes that this is compliant with EU law – and looking around the continent today, there are plenty of role-models to draw upon, from Greece to Hungary to Denmark – or someone comes up with a very cunning plan.

The former option does have some attractions – it can be presented as a strong UK taking control of its affairs, without having to get the say-so of any one else – but these are massively outweighed by the problems. Firstly, it such action is to be of any significance, it will almost certainly run into immediate legal challenge. Secondly, even if it legal, it would shred most, if not all, remaining sympathy for the UK in other European capitals: what bother trying to find an accommodation, if you’re just going to go it alone in any case? And finally, and most crucially, it leaves the door wide open for Tory backbenchers to push Cameron to keep on doing the same for the rest of the Parliament: an argument of “the EU is toothless, so why aren’t we throwing our weight around more?”

So, a cunning plan it is, then.

As we all know from popular culture, cunning plans are very rarely either cunning or plans. Life isn’t a Hollywood thriller or a Holmes-esque three-piper, and enough people have spent enough time with this question to have come up with all of the viable possibilities: the cards are all on the table, whether we realise it or not.

This isn’t to say that an elegant solution can’t be found; quite the contrary. Instead, the concern has to be that everyone thinks everyone else has found that solution and so they don’t need to worry. But anyone who thinks that the February European Council is going to be a pleasant couple of days with a nice dinner thrown in is likely to be in for a nasty shock.

How likely is a deal at the February European Council?

Red herrings on buttered bread: the dinner of winners?